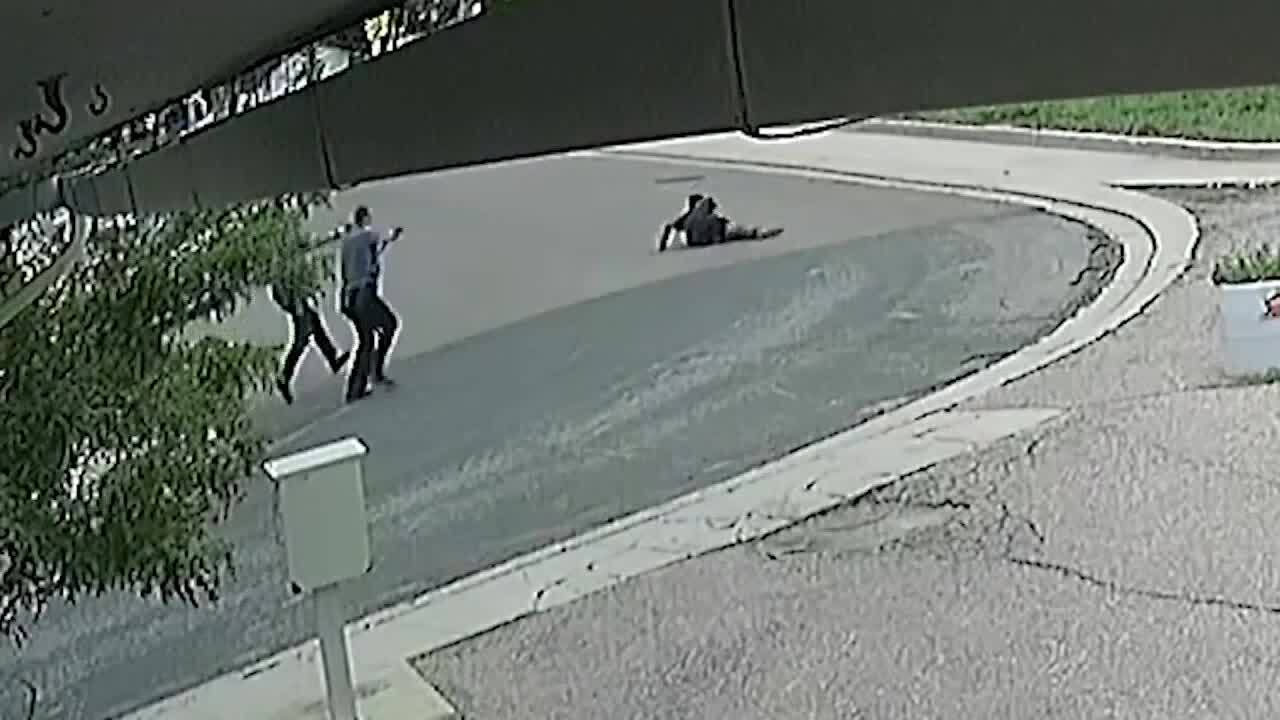 Copyright 2019 Scripps Media, Inc. All rights reserved. This material may not be published, broadcast, rewritten, or redistributed.
KOAA
Video obtained Wednesday shows the end of a police shooting incident in Colorado Springs that happened Saturday evening and left 19-year-old De’Von Bailey dead, which spurred protests over the weekend. 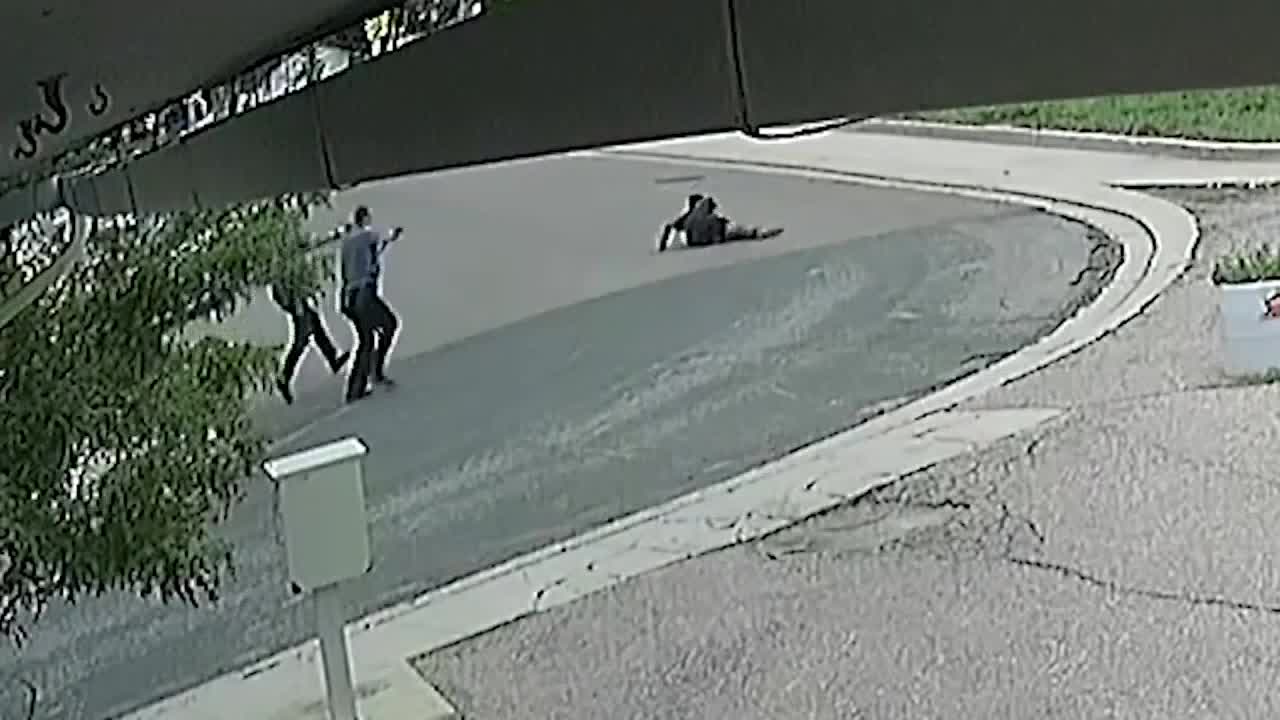 The video, which was obtained from a homeowner by our news partners at KOAA in Colorado Springs and shared with Denver7, shows two officers chasing Bailey while he runs away from them. He falls just before the officers enter the frame and can then be seen being handcuffed.

Medical personnel arrive and perform CPR on Bailey. He was later transported to an area hospital, where he died. The El Paso County Coroner identified him as Bailey on Tuesday.

Colorado Springs police said Bailey was one of two robbery suspects they confronted around 6:45 p.m. Saturday in the 2400 block of E. Fountain Blvd.

Police said Bailey reached for a firearm before he was shot, but Bailey’s family members and others in the community have claimed Bailey was shot seven times in the back and didn’t have a weapon. Many protested the shooting over the weekend and into Monday. The El Paso County Sheriff's Office said Wednesday that a weapon was recovered at the scene.

The video obtained on Wednesday appears to show Bailey’s back was toward police. The video does not make clear whether Bailey had a weapon or when he was shot. According to KOAA, the neighbor who shared the video said she heard multiple gunshots outside the home.

The El Paso County Sheriff’s Office is investigating the police shooting, and a spokesperson declined to comment to KOAA Wednesday, citing the ongoing investigation.

The pursuit ended about a quarter-mile away from where police said they first confronted the robbery suspects, in the 2100 block of Preuss Street. Body camera videos from police have not been released.

Colorado Springs Mayor John Suthers issued a statement Tuesday acknowledging the community’s concerns and asking that the incident be “fully and effectively investigated.”

“We know that there can be frustration with the time this takes, but we cannot compromise the investigation by failing to spend the appropriate time gathering the facts; that would serve no one,” Suthers said.

He said the city of Colorado Springs and the city’s police would be cooperating with the sheriff’s office in its investigation and that the district attorney would ultimately decide whether the use of force by police was justified.

“A credible investigation and charging decision takes time and I ask the community to exercise patience as we allow the investigative and judicial process to work,” Suthers said.

The police department said “at least one officer fired a shot at the suspect” but has not said how many officers fired their weapon nor identified them.

Editor's Note: This story has been corrected to show that authorities did recover a weapon at the scene.