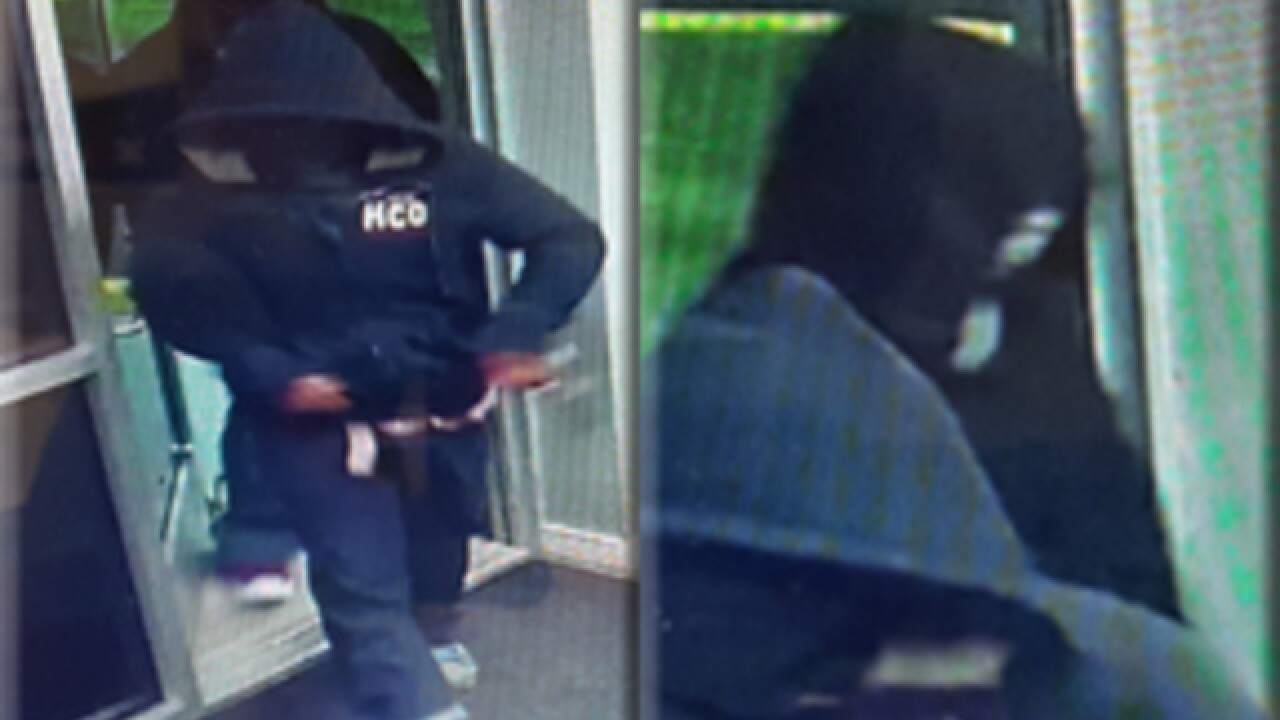 Aurora Police have released new surveillance pictures of the two men wanted in connection to the fatal shooting of a security guard at a marijuana dispensary during an armed robbery earlier this month.

The pictures show one of the men in a dark colored hooded sweatshirt, red and white striped shirt, blue jeans with gray shoes.

The other man is in a black hooded sweatshirt, blue jeans and what police believe are maroon Converse or similar type shoes.

Officers were called to the Green Heart Marijuana Dispensary on the night of June 18 on a report of shots fired and a robbery. When officers arrived at the scene, they found the security guard who suffered multiple gunshot wounds.

The guard was pronounced dead after being taken to a hospital.