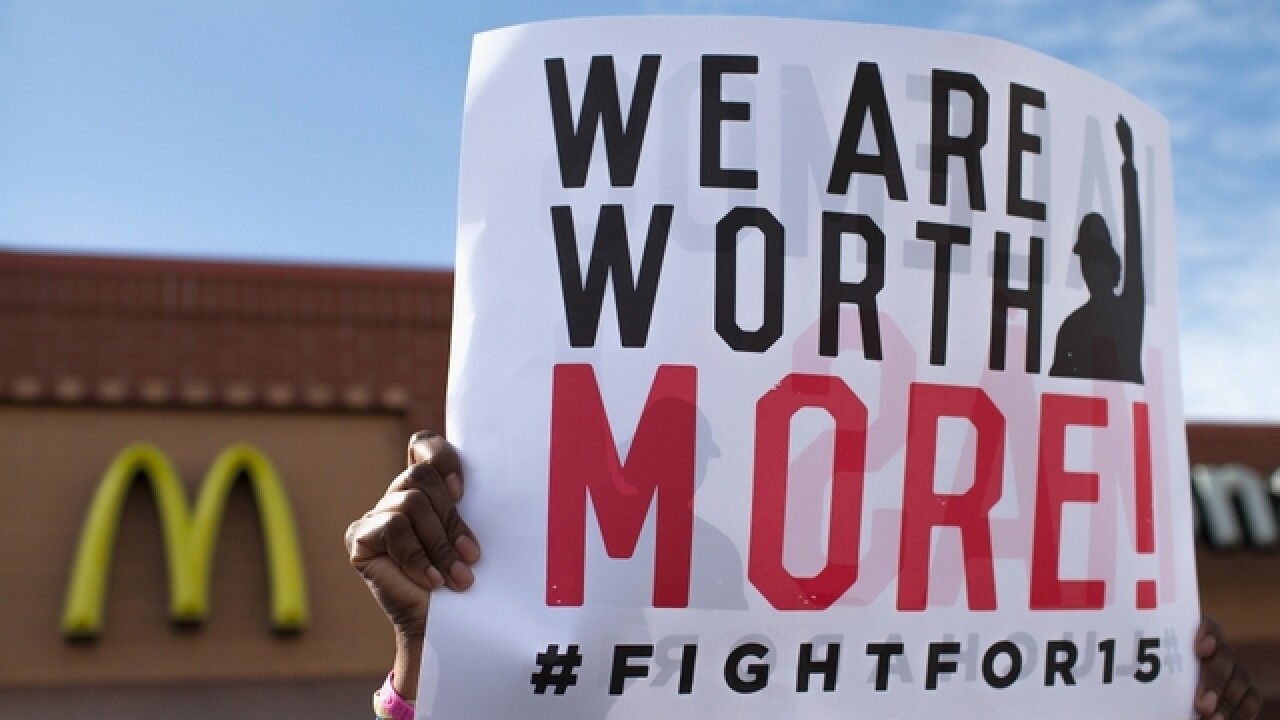 DENVER -- A group of business owners, families and supporters turned in petitions with 200,000 signatures pushing to see their measure to raise the minimum wage to $12 by 2020 on the November ballot.

The group behind the large push is Colorado Families for a Fair Wage, representatives of which reported they more than doubled the needed 98,492 signatures needed for qualification.

Research presented by proponents of the plan suggests a ripple effect in the economy when minimum wage earners receive a pay hike, seeing a generation of $1.20 per each $1 per hour increase.

"Gradually increasing Colorado's minimum wage to $12 by 2020 is the right thing for businesses," Yoav Lurie, CEO and founder of Simple Energy, said. "Higher wages drive better results, give customers more money to spend in our businesses and create a better business climate."

Lurie is one of a host of business owners behind the minimum wage hike.

Opponents of the plan, however, say there's not much value behind research presented by the Colorado Families for a Fair Wage.

Representatives of Keep Colorado Working say the measure could cost 90,000 people in the state their jobs.

"Our minimum wage goes up every year in Colorado and it has increased 61 percent in the last 10 years, but another 44 percent increase simply goes too far and will do too much damage," Tyler Sandberg, Keep Colorado Working campaign manager, said. "While this might be affordable for some companies in Denver, it is not affordable for our small businesses and rural communities across Colorado."

Several other states have passed measures to raise the minimum wage past federal standards, most recently in New York State where wages will increase over time thanks to The Fight for $15.