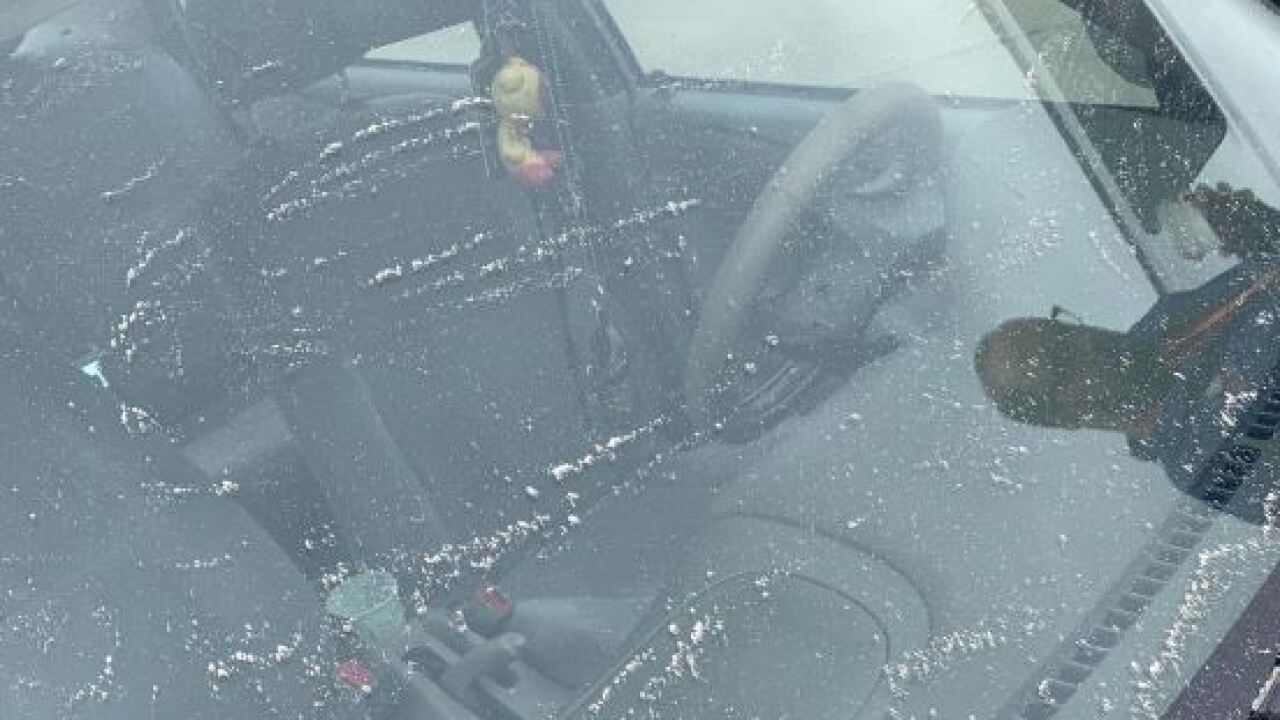 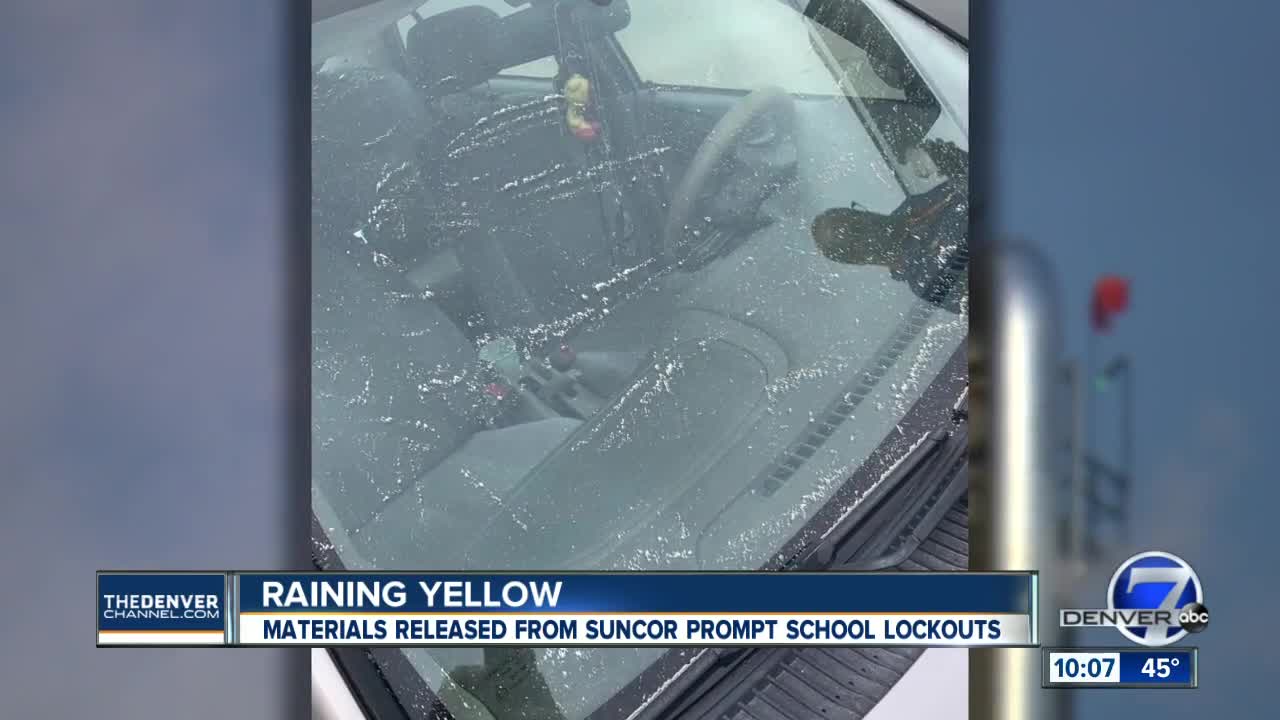 The incident happened at 10:45 a.m. after people reported seeing yellow material falling from the sky.

Suncor took responsibility, calling the incident an "operational upset" that caused an "opacity event." The company called the particles emitted into the air catalyst, and described it as a "clay-like" material.

In a statement posted on Facebook, the company says they sounded a vapor release alarm and initiated a response plan.

"Our first priority is the safety of our employees, contractors, and neighbors," the company Facebook post read.

Lucy Molina, a single mother of two, waited for her daughter outside of Adams City Middle School anxiously. It's one of two Adams 14 School District schools that went into "shelter in place," when the particles came raining down.

Suncor is 2.2 miles away from Adams City Middle School.

"I was freaked out, so right now, just confusion, really," Molina said.

She says she gets calls from school officials when her daughter's missed school but claims the school failed to notify parents about the catalyst.

"That's dangerous, those are the things that our kids are breathing," Molina said.

Two mothers picking up their kids also say they did not get notified; one parent did show Denver7 she received a message from school in Spanish. Those families did not wish to be identified for this story.

In our ongoing effort to make you aware of matters affecting our school, we want to inform you that we are currently in a lockout due to activity in our neighboring community.

During our precautionary lockout all doors are locked and no one can leave or enter the building without police or district security approval. All students are inside and business is as usual at ACMS.

Earlier this year, an investigation by the Denver Post exposed the company broke the limit for an invisible toxic gas that can be deadly and failed to tell neighbors.

Molina also lives less than two miles away from Suncor.

"I can't afford to live anywhere else," Molina said.

She says her proximity to Suncor makes her worry about her family and her neighbors' health.

"It's time that we get answers really; I believe they need to be held accountable," Molina said.

Suncor is asking anyone who encountered the material to wash their hands and clothing. They are also offering free car washes at the following locations:

They are also asking anyone with questions or concerns to contact the company at refinery811@suncor.com.

Ean Tafoya, the co-chair of the Colorado Latino Forum, an advocate for environmental justice, says enough is enough. He wants the company to have an open discussion with the community about the materials used at plant.

Denver7 reached out to the Department of Public Health, but we did not hear back. They informed our partners at the Denver Post they plan to review air-monitoring data.