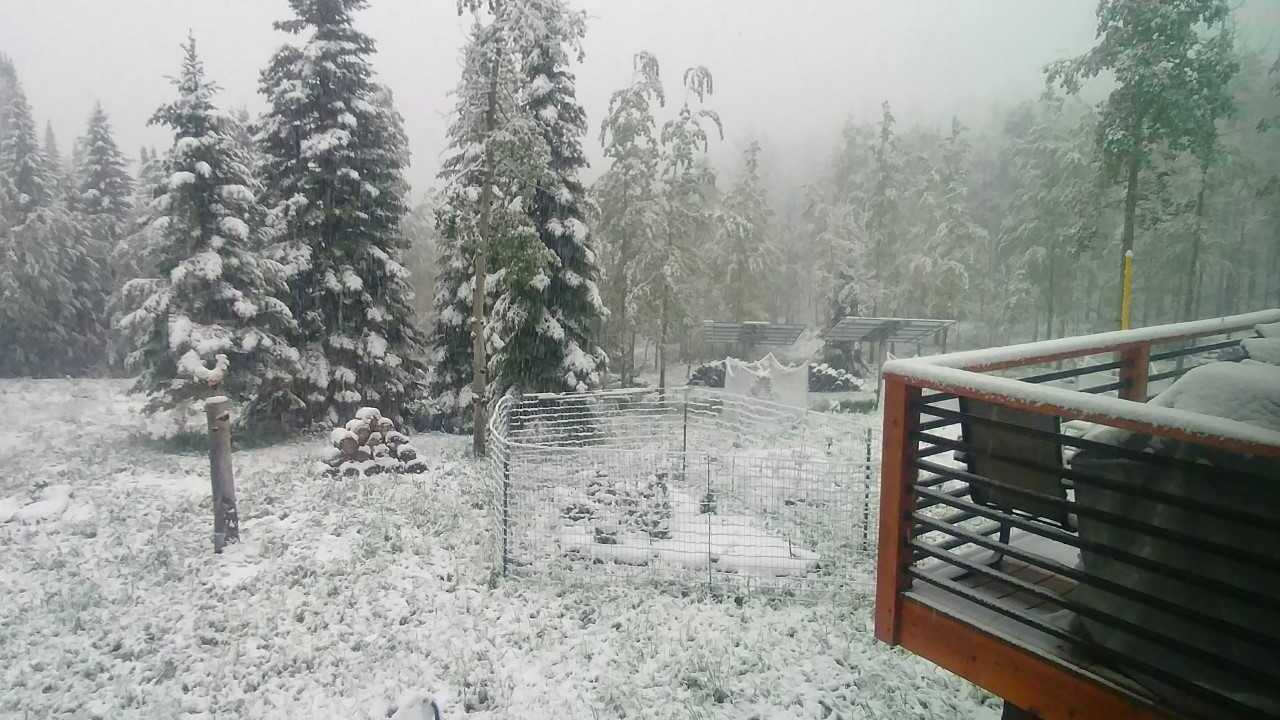 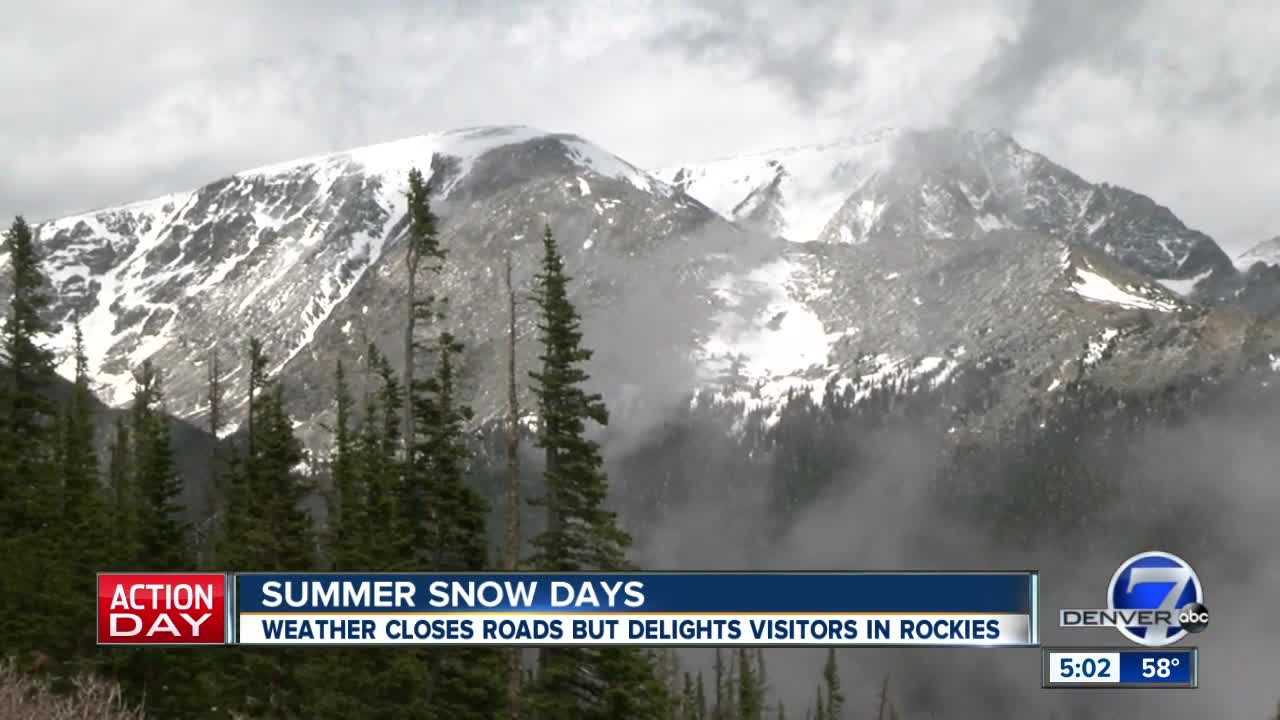 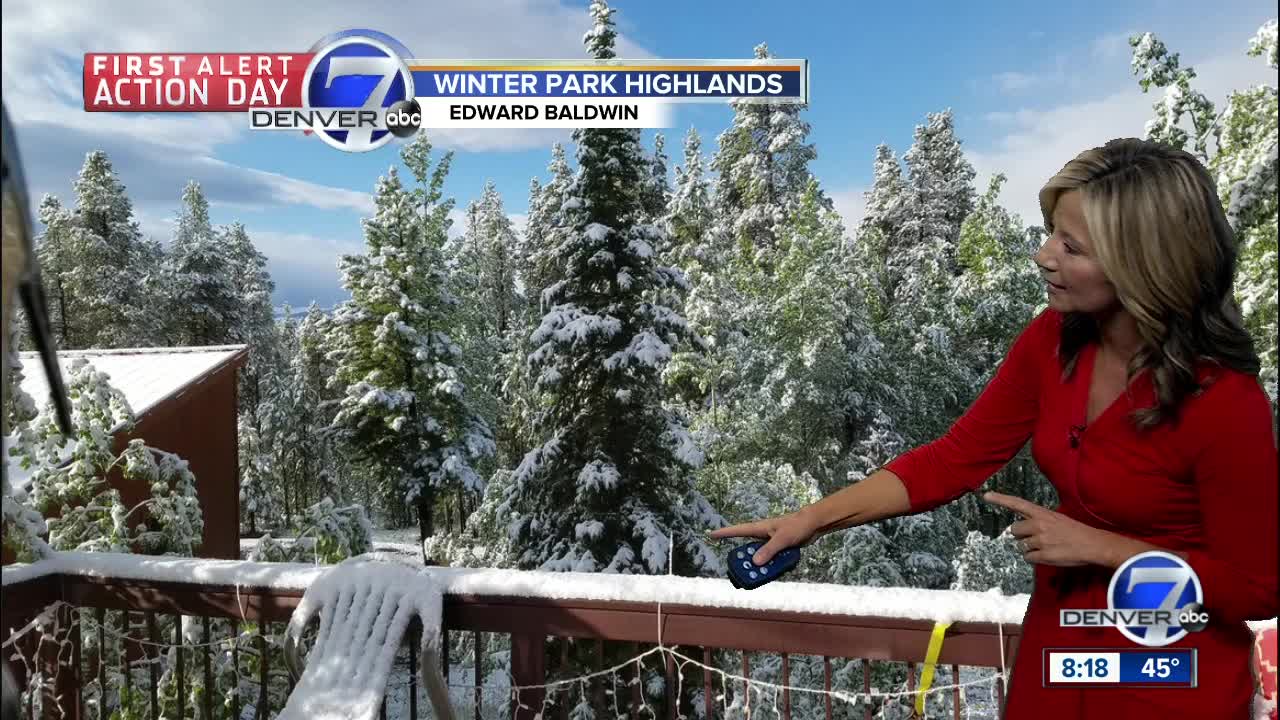 DENVER – Twelve inches of snow on the first weekend of summer.

That sounds extreme, even by Colorado standards, but that was the 24-hour snowfall estimate Saturday morning for pockets of the northern central mountains, according to the National Weather Service.

The highest totals, ranging from 8-12 inches of snowfall, were seen northeast of Steamboat Springs and also further to east, along the border of Larimer and Jackson counties in far northern Colorado.

Other pockets of up to eight inches of snow were estimated in northern Garfield County and eastern Rio Blanco County. Keep in mind, these higher estimates aren't widespread – much of the snow across the mountains has been 1-4 inches. Arapahoe Basin and the Loveland Ski Area have been in that range, and snow was continuing to fall Saturday morning. Areas around Aspen, Breckenridge and Vail also saw totals of about an inch over the last day.

Here's a look at the National Weather Service's snowfall analysis map for the last 24 hours – from Friday to Saturday – with the higher estimates shaded in yellow:

You can check out the interactive map here. The map also shows totals going back to 72 hours, as the snow started overnight Thursday for some areas in the mountains.

For the rest of the weekend, we should see a few more inches of snow above 10,000 feet, with light snow dropping down to 9,000 feet overnight Saturday. Warmer and drier conditions return to Colorado on Monday, but not before the mountains get one more good snow.