Students walk out of Ponderosa H.S. in protest 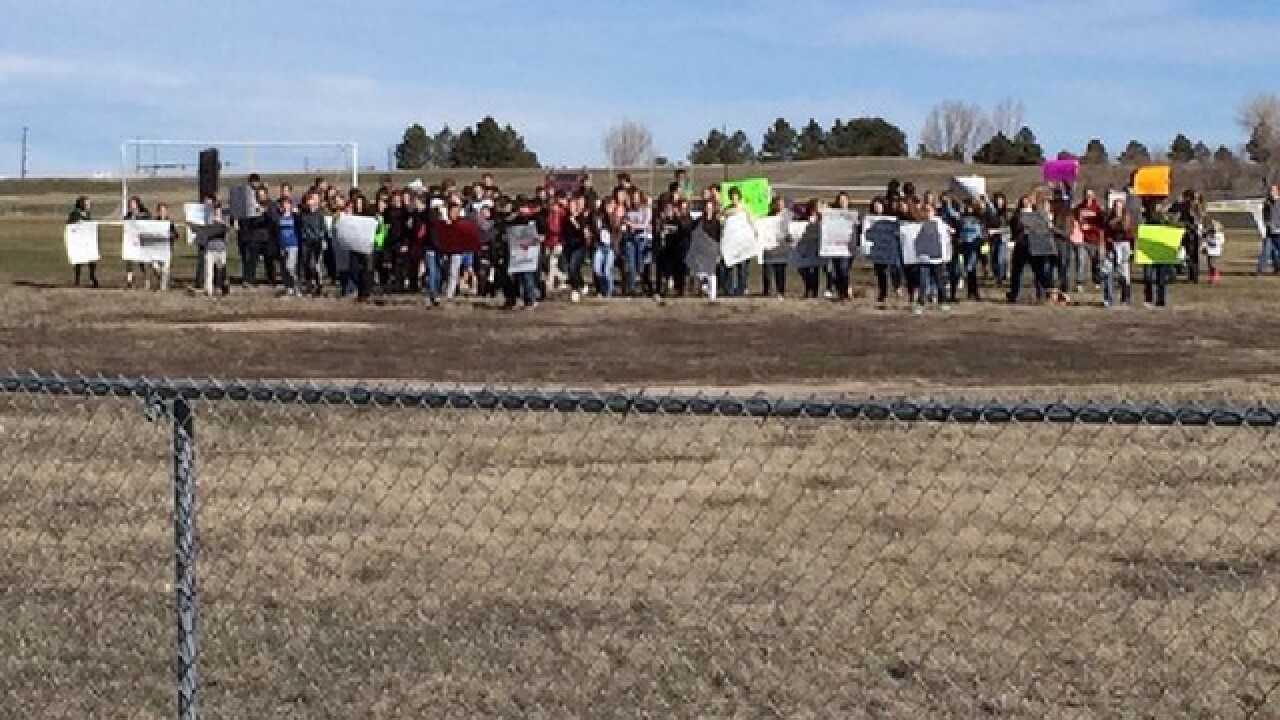 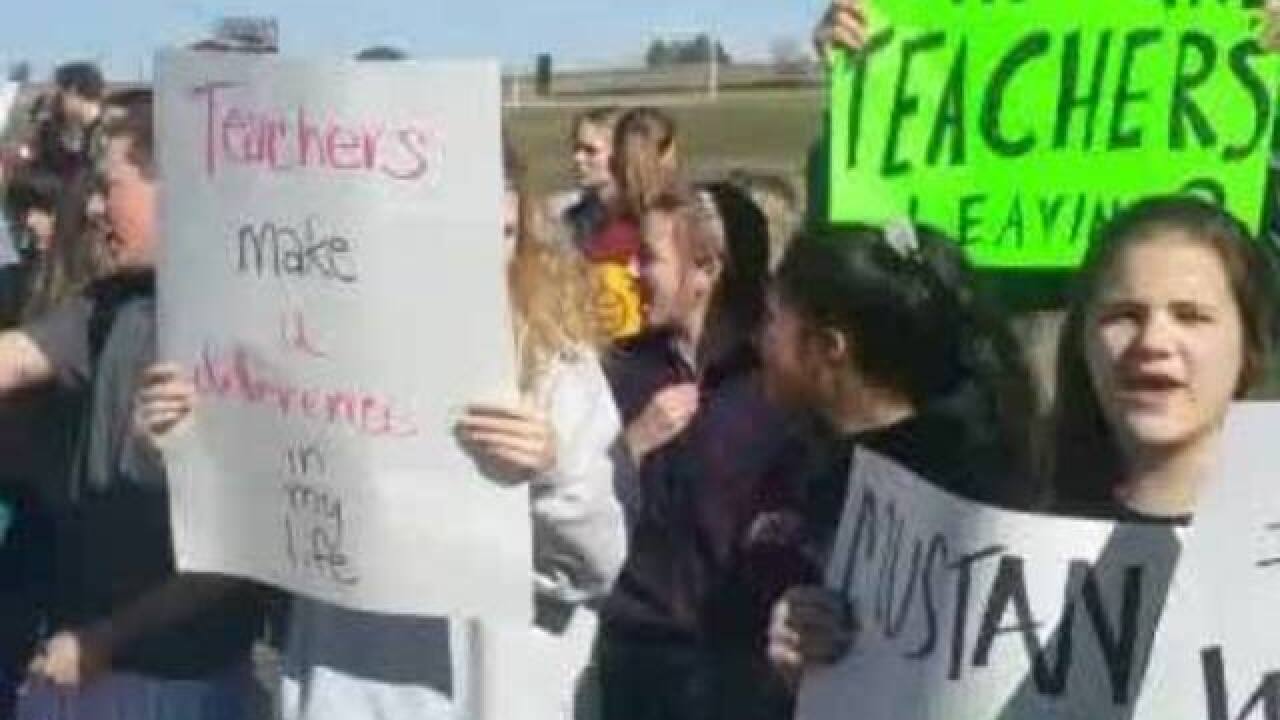 Students at Ponderosa High School walked out of class Wednesday, demanding to know why so many of their teachers have left the school.

Students chanting "We want Graham... We want Graham," in reference to 16 year Ponderosa teacher Rob Graham who is leaving after the year

Two students tired of the turnover organized an online petition asking for support for a protest at the school.

The two organizers of the protest said "we are not puppets, we organized this alone." pic.twitter.com/8Mh8CuLGwe

“It came to the point where something needed to be done about it,” said Grace Davis, a sophomore at Ponderosa High School.

“When we saw that Jefferson County did it, we’re like ‘well why can’t we do it,’” said Bailey Conrad, a junior at Ponderosa High School.

Douglas County Schools Superintendent Liz Fagen who said the district is working to keep the best teachers and will support the efforts of those who leave the district for better personal opportunities.

Fagen said the district reached out to Davis and Conrad to discuss differences and help resolve any issues before they turned to a public protest.  Fagen said the district's offer was declined by the two girls.  On Wednesday, Fagen told Denver7 that she has two meetings set up with students from Ponderosa.  One of those students doesn't support the protest effort.

"...[They're] Our teachers and if they leave after one year, then we have to redevelop those relationships,” said Davis.

The petition on change.org had garnered over 1500 signatures as of mid-day Tuesday, but that’s not the only online petition addressing district administration.

A second petition aimed at garnering support for a vote of ‘no confidence’ in Superintendent Fagen was launched just days later and has grabbed over 500 signatures in a few days.

Students tell Denver7 their teachers have expressed displeasure with the districts pay for performance system and the newly implemented pay bands.  Teachers reportedly also told Ponderosa students that the teacher evaluation system is too time consuming, taking their time away from the classroom.

Fagen addressed those concerns in a news conference during the protest Wednesday.  Fagan said their goal with the evaluation system is not to waste an educator's time.

"When I hear from teachers that they’re having to do all of this stuff that’s taking them away from their students, we don’t want that, that is not the intent of our evaluation system,” said Fagen.  "We’re constantly thinking about how can we make this a little bit easier, how can we change some of the language, it is an obvious work in progress.”

When asked about the newly imposed pay bands, which pays some grades and positions more than others, Fagen said Douglas County is one of the only districts in the state with no cap on a teachers earning potential.

"Right now, you can continue to receive increases every year if you’re a highly effective teacher whereas in other districts there is a hard cap for all teachers regardless of level of performance,” said Fagen.  "The system is completely criterion-referenced and what that means is, we set really clear targets. Any teacher that demonstrates those targets receives that rating.”

During her news conference Wednesday, Fagen admitted there are some misconceptions about how the evaluation system works.  Fagan said there is no cap on how many teachers can be rated highly effective, thus continuing to earn more money year after year.

"People get confused because they say ‘well that’s impossible because you only get so much money from the legislature,’ but the piece that is maybe not well understood, although we’ve tried to explain it a lot, is that we find out how many teachers are highly effective, effective, partially effective and ineffective. We find out how much money we get from the legislature and then we assign those dollars and those raises accordingly, so that we never spend more money than we actually have, which has always been our practice,” said Fagen.

Fagen told Denver7 she has a teacher advisory committee that reports to her concerns brought to them by teachers.  Fagen said her administration is always open to hearing concerns from employees and working with educators to make sure the best teachers are retained.

Fagen said the turnover across the district is something they're fighting, but adds that teachers leave for a variety of reasons, not just displeasure with the district or its policies.

There are two meetings set up for Thursday with students who organized the protest and others who oppose the effort Fagen said.