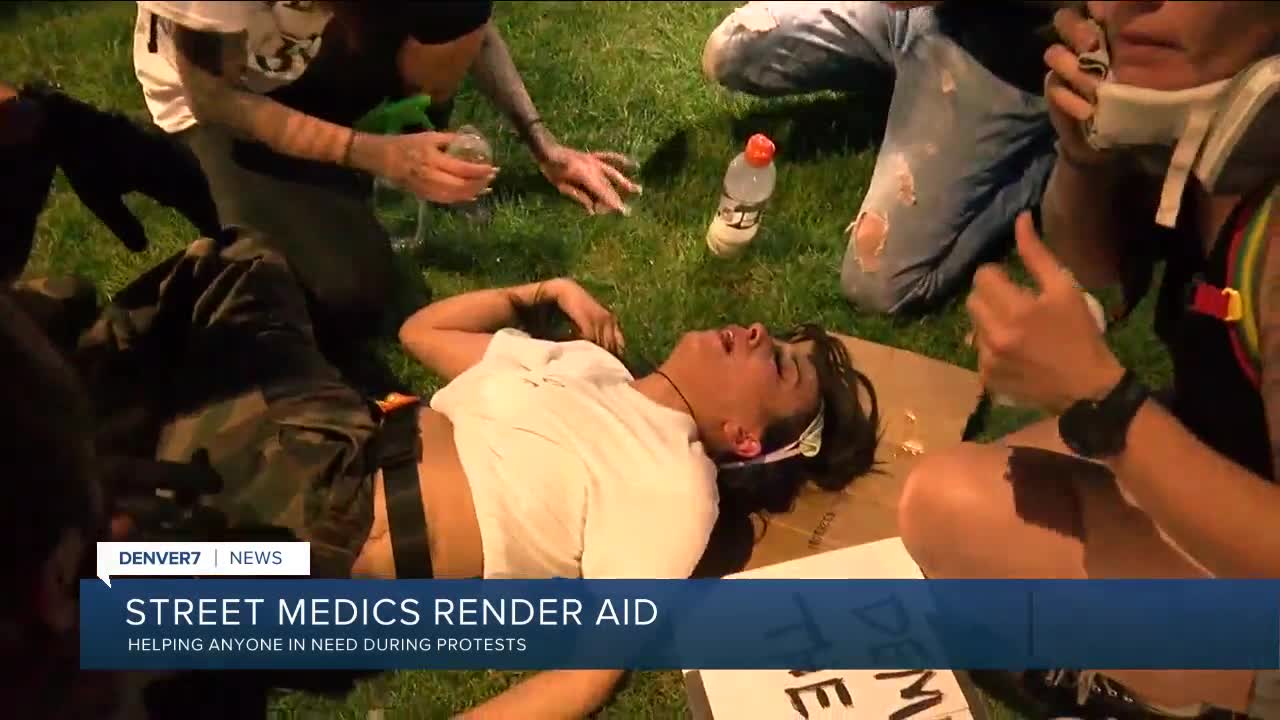 DENVER — It's not just Black Lives Matters slogans or anti-police brutality sentiments. Several signs and graffiti on sidewalks around the Colorado State Capitol point people in the direction of help.

Resident Organizer of the Medic Team, Tali Koppelman Harif, says that despite their landlord's disapproval, she and tenants of a Capitol Hill apartment complex decided to help protesters who may have been hit by tear gas or injured after being dispersed by police following several nights of unrest in downtown Denver.

"One of the things that’s really present for me is treating people who were literally putting their body in between protesters and police, and that’s people’s job right now; that’s white people’s job, to put their bodies in between," Koppelman Harif said.

Some street medics have been easy to spot during the George Floyd protests with red crosses or tape on their bodies.

"We don’t know who anyone is by looking at them and it doesn’t matter, our job is to keep people okay, (to) give people first aid and keep people as safe as we can", said Koppelman Harif.

One woman wanting to be identified only as "G" told Denver7 she has been volunteering as a street medic since protests began several days ago.

"I’m white, I stay in my lane but it’s my job here to support and be an ally and use my body and my resources to help support my fellow people of color in this world," said G. "I’m not a trained nurse, I’m not a doctor; but I’m doing what I can to help people and there’s this screaming of people in pain."

Koppelman Harif said they have enough supplies to continue helping people who are protesting.

"We’re going to have our medic station set up every night for the foreseeable future while there are demonstrations happening."