Storied Broncos-Colts past could turn a new chapter Sunday 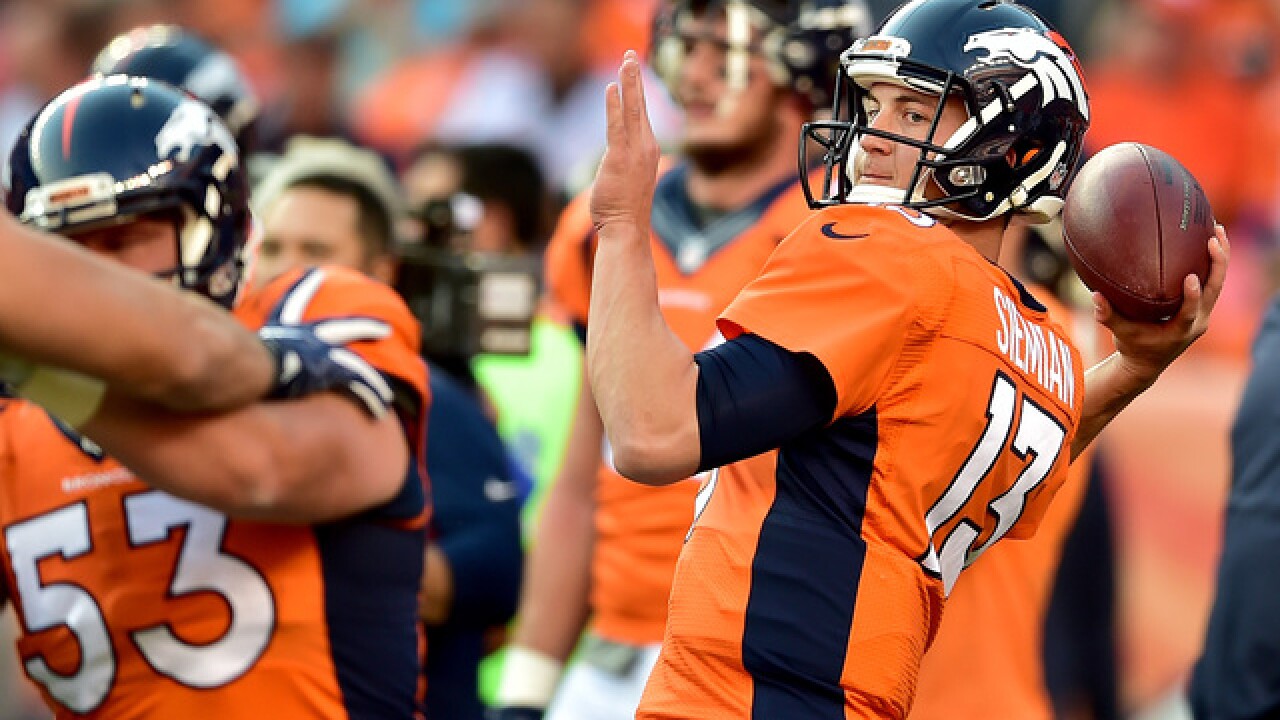 I have some pieces of information about the Broncos-Colts games you can use to amaze and stun your friends, relatives, co-workers, other fans of the Broncos and the Colts and, especially, Denver7’s Lionel Bienvenu and Troy Renck.

Every Broncos-Colts game after 1981 has featured a quarterback named John Elway or Peyton Manning, but they never played against each other.

Either Manning or Elway has been a starter at quarterback for one of the two teams in 21 of the 25 Colts-Broncos games.

Four quarterbacks who have started for the Broncos against the Colts in the series history are or soon will be on the Broncos’ Ring of Fame.

Elway was the starting quarterback in seven Broncos-Colts games, and the Broncos won six. In his lone loss to the Colts, the Broncos gave up the highest number of points to any opponent in a regular-season game in Elway’s career. (It tied the record for points by the other team in any game.) Both times the number was 55. As a rookie, Elway started twice against the Colts, and the Broncos won both, even though Elway didn’t finish the first (which was the second game of his career).

The Colts of Baltimore and Indianapolis lead the series with the Broncos, always of Denver, 13-12. They first played in 1974 and last played in 2015, and I was at both, and 20 others. Elway and Manning can’t match that mark.

Bonus points if you can guess who started who started the second-most games for the Broncos at quarterback vs. the Colts. Brian Griese started only once against Indy.

How about Jake Plummer, who had, get this, five starts in three seasons against the Colts and Manning. Two were playoff games. Plummer and the Broncos lost both, but Plummer was 2-1 in regular-season games.

The other starters against the Colts were Jay Cutler, Kyle Orton and, you may have forgotten this one, Steve Beurlein.

Here were the Colts starters who started against the Broncos and you may have forgotten: Marty Domres, Bill Troup, Mike Pagel (three times), Chris Chandler and Jack Trudeau (three). Bert Jones you remember. He played against the Broncos twice.  And you lose points if you said Jim Harbaugh, who will be coaching against the Colorado Buffaloes on Saturday. The Michigan coach was the Colts’ quarterback from 1994-97, but he didn’t get to match up against Elway.

We sort of know who the Colts quarterback is now.

Andrew Luck has been on the winning side three times against the Broncos and his predecessor. The worst was in the playoff game on Jan. 11, 2015, at Mile High Stadium. That game ran John Fox out of town. Luck almost beat the Broncos in the 2014 opener before a great fourth down play permitted the Broncos to prevail 31-24. But, as luck and Luck would have it, Indianapolis came back to town and licked the Broncos, 24-13, as Manning suffered physically and in his play.

Last Nov. 8 in Indianapolis, on the first play of the fourth quarter, Luck chose to take off running and was speared in the mid-section by Broncos linebacker Danny Trevathan. It was later determined that Luck had a lacerated kidney and a partially torn abdomen muscle as a result of the play.  The Broncos went down, but the Colts went South. Oddly enough, Manning only started one more regular-season game as he was struggling with plantar fasciitis. But the Broncos were Super Bowl champions.

On Sunday night, there will be a new matchup at quarterback in the annals of the Broncos-Colts series. Andrew Luck vs. Trevor Siemian.

Will Siemian become a piece of storied history or a footnote?

My guess is it will start out well for the journeyman with the Broncos beating the Colts 31-17.