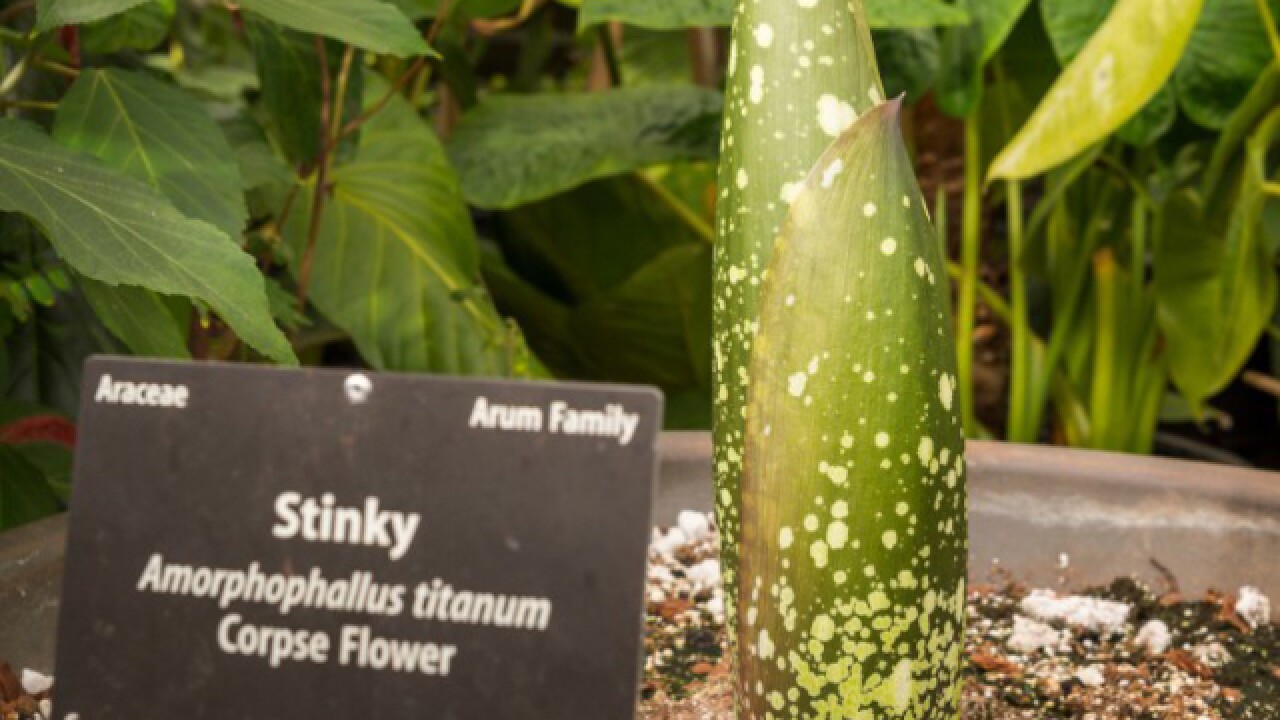 DENVER – Hold your noses: ‘Stinky’ the corpse flower may be getting ready to make its presence known once again.

The 18-year-old plant at the Denver Botanic Gardens, which first bloomed in 2015, could bloom again in early- to mid-September, garden staff said Tuesday.

Horticulturists are keeping a close eye on the flower and measuring it daily and it appears this year’s bloom might be bigger than last time, if the flower does indeed open up.

The corpse flower, whose scientific name is Amorphophallus titanium, gets its name because when they bloom, they give off a foul stench that resembles decaying flesh. That scent helps attract flies and beetles that help pollinate the plant, which is native to the rainforests of western Sumatra.

Corpse flowers typically bloom for the first time at 7 to 15 years of age, with subsequent blooms occurring every 3 to 8 years thereafter.

The flower is on display in the Denver Botanic Gardens’ Orangery greenhouse and the gardens will be open for regular hours – 9 a.m. to 8 p.m. – but visitors will be allowed in an hour early on the day of the bloom, if it occurs.