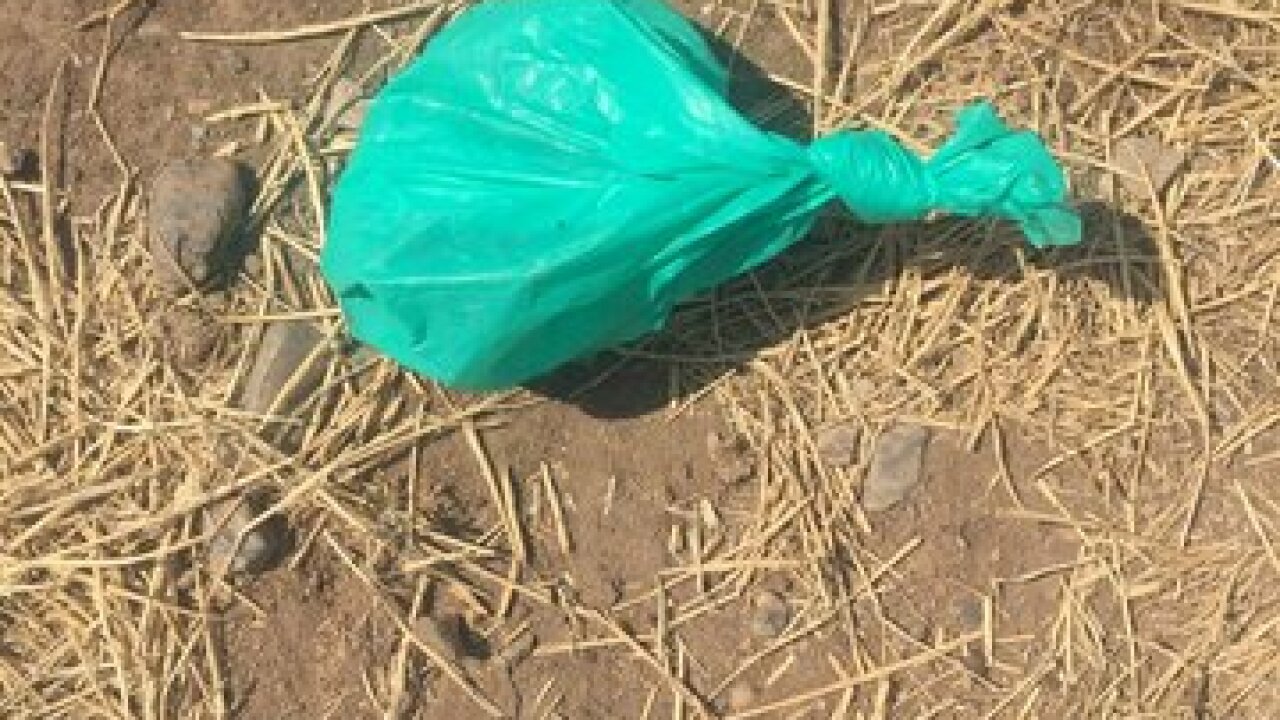 WESTMINSTER, Colo. -- At Westminster Hills Off-Leash Dog Park, the more than 420 acres of open space are filling up fast.

"It'd be a nice place if people could just clean up around here," said Chris Walls.

Those little green dog bags are littering the trails and dozens are fed up.

"I pick them up occasionally when I'm walking, if I'm walking toward a trash can," said Stilwell.

The truth stinks. Dog poop is the number three cause of water pollution, just one gram contains 23 million fecal bacteria and the EPA says it's as toxic to the environment as chemical and oil spills.

"Volunteers [do] come and clean it up, they are the fairies.  I've actually brought bags and picked it up too but you just can't keep up with it," Severson said.

New dog bag dispensers were recently installed with signs encouraging people to pick up after their pets but dog owners said they haven't made much of an impact on the problem.  They'd like to see more trash cans go in around the park to encourage people to throw away the bags.

"Gotta do the dirty part of it...you've gotta clean up after your dogs," Walls said.