A Civil War memorial statue was vandalized and toppled in front of the Colorado State Capitol around 1:30 a.m. Thursday, according to Colorado State Patrol. 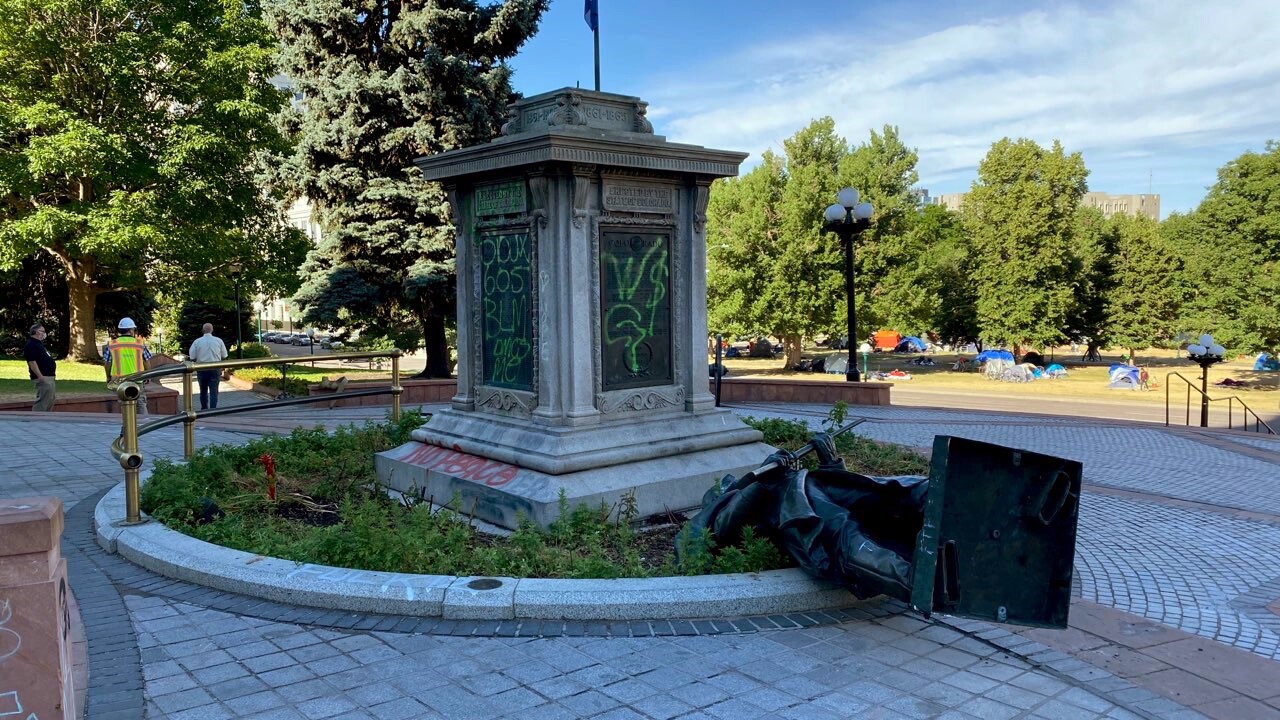 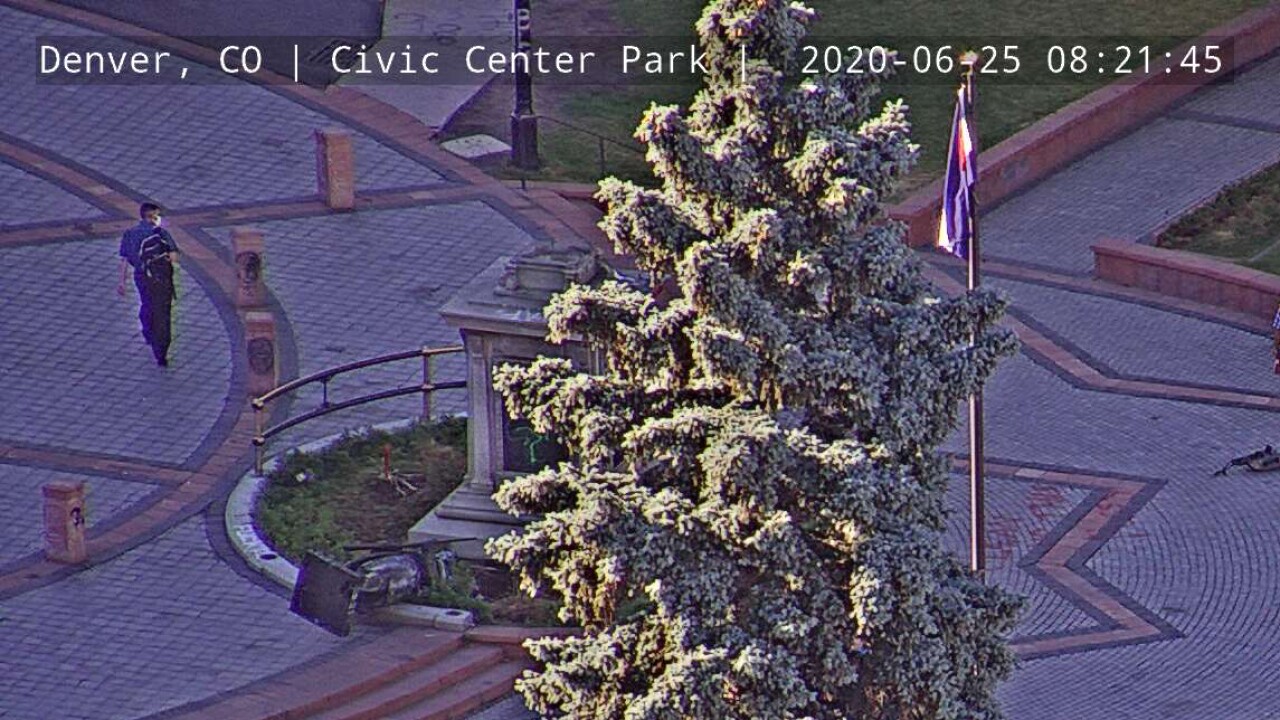 DENVER — A Civil War memorial statue was vandalized and toppled in front of the Colorado State Capitol around 1:30 a.m. Thursday, according to Colorado State Patrol (CSP).

The statue and its platform were also spray-painted, but it was not clear how much of it was from previous protests and how much was new overnight.

Around 8:30 or 9 a.m. Thursday morning, a backhoe was brought in to remove the statue and put it on a flatbed.

Doug Schepman with the Denver Police Department said there is a lot of video and other evidence to review. As of 9:15 a.m., no arrests had been made in this case. According to preliminary information, Schepman said it appeared that four people were involved in the statue vandalism.

Doug Platt, communication manager for Colorado Department of Personnel and Administration, said the city is in the process of determining what to do next. He said it's not yet clear what the city will do with the statue. The more pressing matter is to evaluate it for any repairs or restoration, he said.

He said the staff takes great pride in maintaining the Capitol and its grounds.

"It is of course an emotional thing to see this happen to what is referred to commonly as the People’s House," Platt said.

The statue, which was erected in 1909, was designed by Capt. Jack Howland, who was a member of the First Colorado Cavalry, according to the city.

The history behind the statue is checkered. While the First Colorado Cavalry stopped Confederates from moving west during the Civil War, it's the same regiment — which was overseen by Colonel John Chivington — that was involved in the Sand Creek Massacre in 1864, which left at least 230 Cheyenne and Arapaho people (mostly women, children, and the elderly) dead, according to the National Park Service.

A placard on the statue's stone base acknowledges the Sand Creek Massacre and honors those who died.

The placard reads, in part, "By designating Sand Creek a battle, the monument's designers mischaracteried the actual events. Protests led by some Sand Creek descendants and others throughout the twentieth century have led to the widespread recognition of the tragedy as the Sand Creek Massacre."

Colorado Gov. Jared Polis said he is outraged at the damage to the statue, noting that it "commemorates the union heroes of the Civil War who fought and lost their lives to end slavery."

"This statue will be repaired, and we will use every tool at our disposal to work with Denver police and to hold accountable those responsible for the damage whether they are hooligans, white supremacists, confederate sympathizers, or drunk teenagers," he said in a statement.

Around 11 a.m. Thursday, crews started to remove the two nearby brass cannons, each weighing about 1,250 pounds, which were also part of the memorial, according to the city. Platt said the city made the decision to relocate the cannons to ensure nobody gets hurt and no damage comes to the pieces.