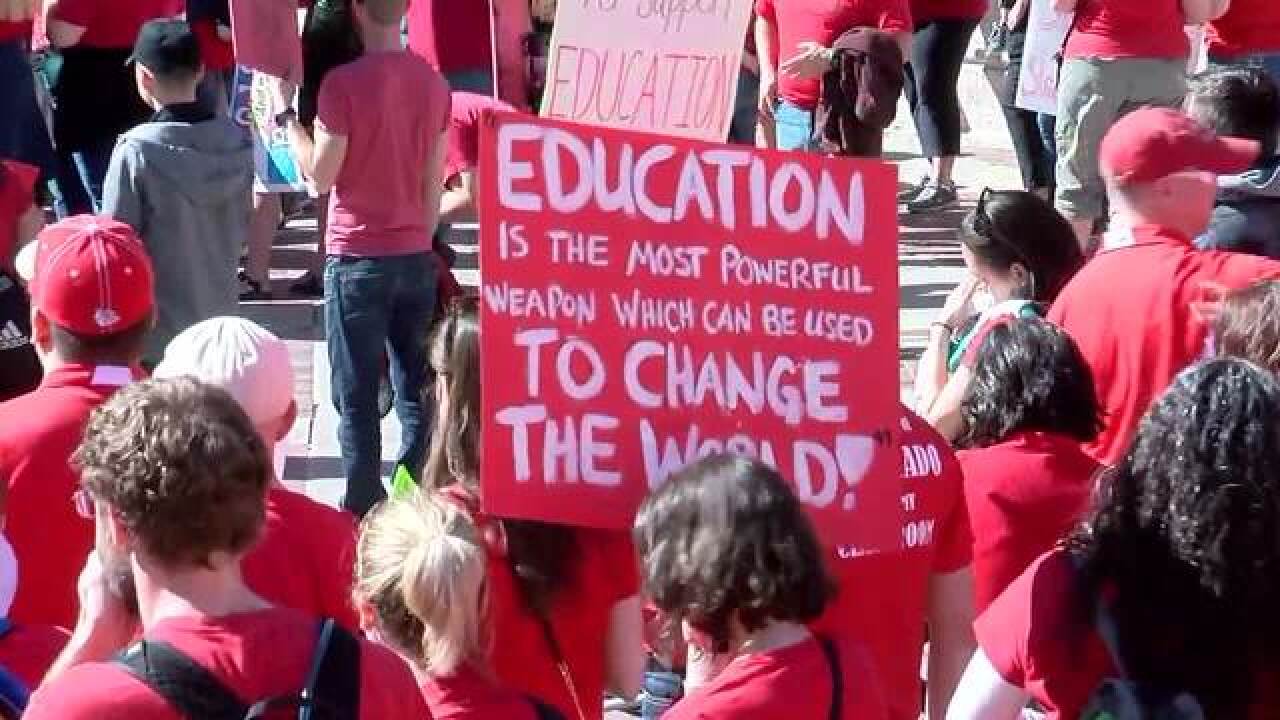 DENVER – A protest organized by the state's largest teachers union has been canceled over fears the gathering will contribute to the spread of the novel coronavirus in Colorado.

The Colorado Education Association (CEA) said it expected more than 5,000 teachers at their Education Day of Action on March 19 at the Colorado State Capitol, but “mounting public health concerns over the spreading of the COVID-19 virus” led to their decision to cancel the protest this year.

“Be assured this difficult decision was made out of an abundance of caution and concern for the safety and welfare of our students, members and families,” said CEA President Amie Baca-Oehlert in a prepared statement. “Though no official guidance was given to us to restrict public gatherings such as our Day of Action, we don’t want to contribute in any way to the anxiety people are experiencing during this troubling health crisis.”

Coronavirus in Colorado: COVID-19 cases, locations and live updates across the state

Denver Public Schools, Jeffco Schools, 27J in Brighton, Adams 12 Five Star Schools and the Boulder Valley School District all told parents classes would be canceled that day as teachers rallied for better wages and school funding, among other issues.

A Denver Public Schools spokesperson told Denver7 Tuesday evening they still have no plan in place for March 19, but said the district is strategizing their response to the news. Meanwhile, a spokesperson for Jeffco Schools said the district is meeting Wednesday to determine if the district will remain closed on March 19. An email will be sent out once they know how they will proceed. An official with the Boulder Valley School District said late Tuesday night they plan on reinstating school throughout the district.

"Every day of instruction is important, even more so given the current uncertainty," a BVSD official said in a tweet.

An official statement from Jeffco Schools said the district would be reinstating classes for students that day, meaning teachers are expected to show up to class. It also said all before- and after-school care programs, other school activities and bus schedules would run as normal.

Chris Fiedler, the superintendent for 27J Schools, said in a statement that given the cancellation of the Educator Day of Action, "it is the hared opinion of the Brighton Education Association, the 27J Schools administrative team, and the 27J Schools Board of Education that the best place for our teachers and other educational support professionals is to be at our schools with our students on March 19."

He said that he welcomes anyone to wear red that day and advises anyone across the district to take time to send a teacher or other educational support professional a quick email or note of thank you.

Denver7 has reached out to the other districts and will update this story with their response once that is made available.

In their statement Tuesday night, the CEA said teachers would continue to visit the state Capitol weekly, “to share our stories of the critical resources denied to our students, and the extreme difficulties educators have making a decent living in this state.”

Organizers also said they plan to roll out a “virtual” day of action on March 19 to offer teachers, parents, students and public education supporters “the opportunity to participate and have a powerful impact at the legislature from home.”