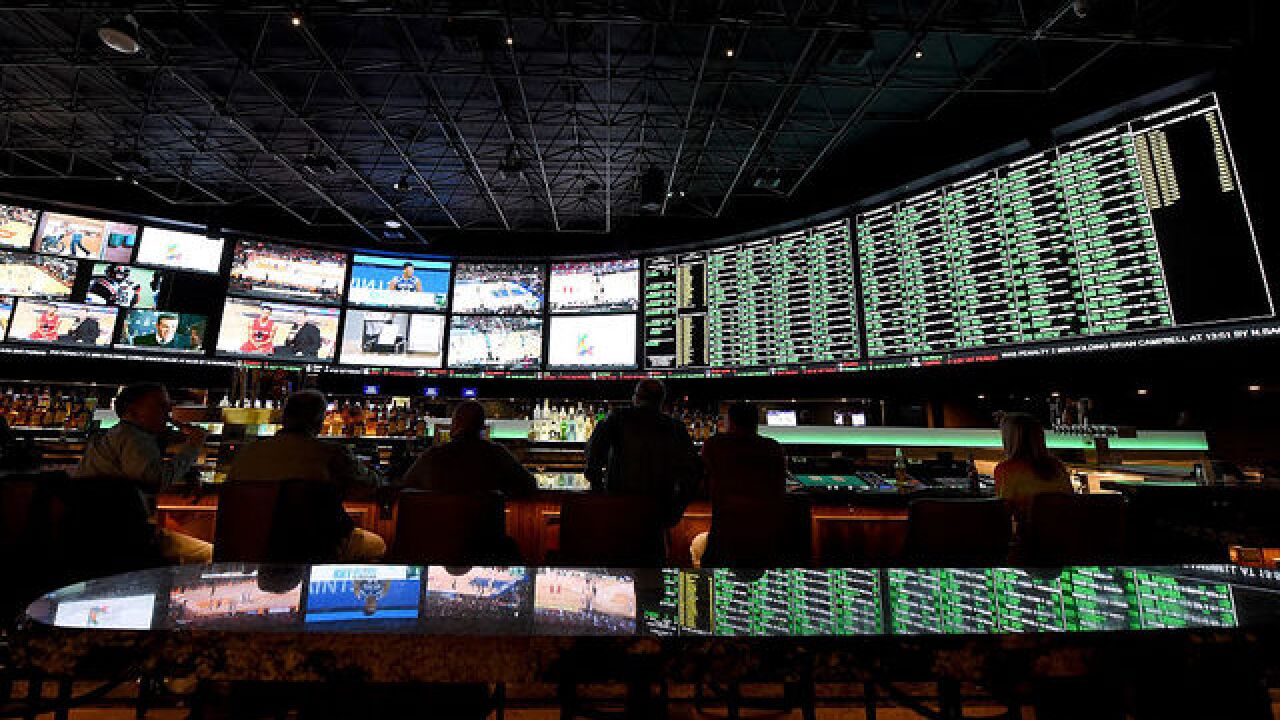 2016 Getty Images
Ethan Miller
<p>LAS VEGAS, NV - FEBRUARY 02: The betting line and some of the nearly 400 proposition bets for Super Bowl 50 between the Carolina Panthers and the Denver Broncos are displayed at the Race & Sports SuperBook at the Westgate Las Vegas Resort & Casino on February 2, 2016 in Las Vegas, Nevada. The newly renovated sports book has the world's largest indoor LED video wall with 4,488 square feet of HD video screens measuring 240 feet wide and 20 feet tall. (Photo by Ethan Miller/Getty Images)</p>

DENVER – Sports betting in Colorado could generate only a fraction of the previously projected tax revenue in its first full fiscal year, falling below the threshold needed to transfer money to the state water plan, according to a memo from the state Joint Budget Committee this week.

The Division of Gaming estimated that sports betting would bring in about $1.5 million and $1.7 million in Fiscal Year 2020-21, which begins in July 2020. The Colorado Sun first reported the new revenue estimates on Friday.

Sports betting was designed to provided tax revenue for the state's water plan, which needs to raise about $3 billion, but the program has to first cover about $2 million in startup costs in 2019-20 and then about $2.8 million in administrative expenses in 2020-21 before money can be transferred to the water fund. The program also has to provide $130,000 to gambling addiction services, a cost that will increase each year.

Also noted in the memo released Thursday: The tax revenue from the final months of Fiscal Year 2019-20 after sports betting becomes legal in May might not be enough to reimburse the state for the costs of launching the program.

The discrepancy in revenue estimates appeared to stem from how the revenue was projected.

The Division of Gaming cited New Jersey as a similar model, with online gaming and sports betting legal there for several years. But New Jersey's sports betting industry is boosted by the large customer base in nearby states, including New York and Pennsylvania, a customer base that Colorado lacks, the memo said.

"The Department's internal revenue expectations are much lower than fiscal note estimates," the memo said. "A common theme among states was that revenue generation was not as substantial or as sudden as initially estimated."

Majority Leader Alec Garnett, D-Denver, who sponsored the bill, estimated that legalized sports gambling could produce $10 to $20 million in tax revenue each year, though Garnett cautioned that betting "is not quite the windfall people expected" in other states.