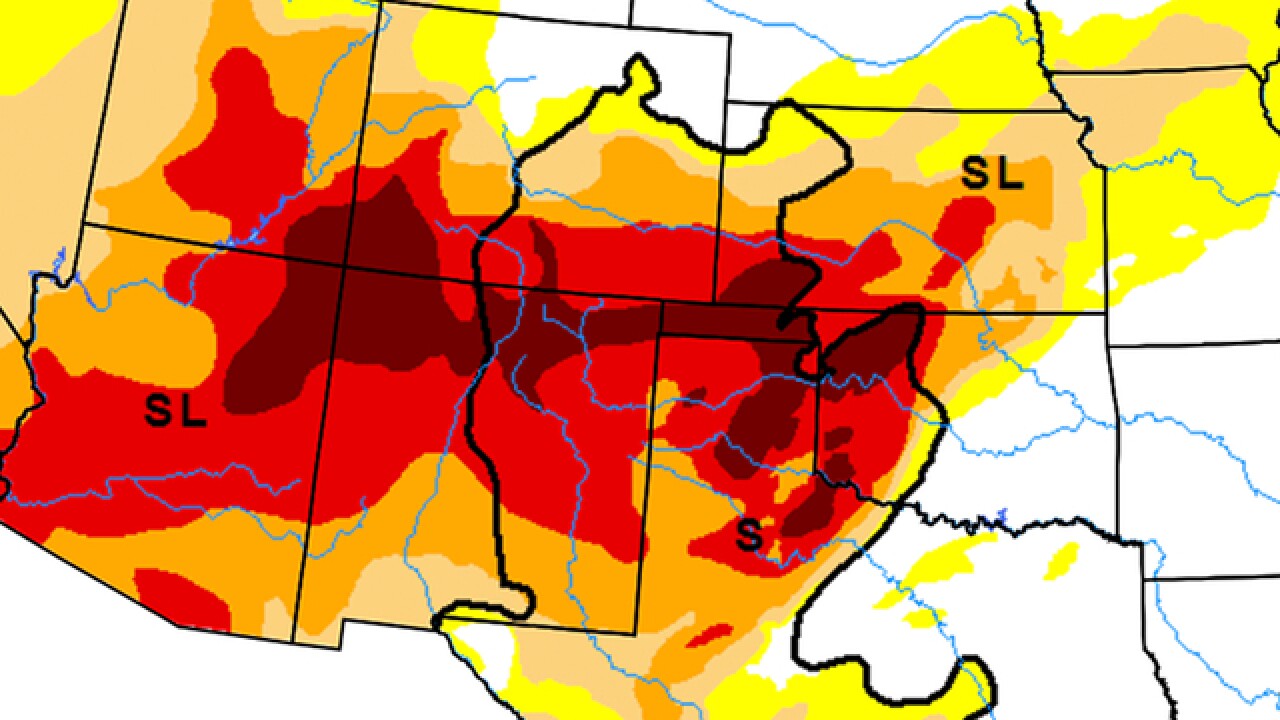 OKLAHOMA CITY (AP) — Lack of rainfall and above-average temperatures are prolonging the drought conditions that have stressed crops and rangelands and placed new pressures on groundwater sources across the U.S. Southern Plains, climatologists from the region said Monday.

While some areas of the Texas Panhandle and southwestern Oklahoma have received plentiful precipitation in recent days, other parts of those states plus New Mexico, Colorado and Kansas have experienced only spotty precipitation since October, New Mexico State Climatologist Dave Dubois said during a national briefing.

"Over the majority of the area it's been pretty light," DuBois said.

Drought conditions are so severe across much of the Southwest that they rival those during the disastrous Dust Bowl period of the 1930s, when severe dust storms killed livestock and caused crops to fail.

Oklahoma State Climatologist Gary McManus said some climatological stations in the western part of his state have recorded less than 2 inches of rain since October.

DuBois said the region's low rainfall totals have been aggravated by temperatures that he said have been as much as 10 degrees above normal during the past couple of weeks. Higher temperatures cause what little rain that does fall to evaporate rather than soak into the ground and recharge water tables.

"Drought is not just precipitation, it's a bunch of things," DuBois said.

Less-than-normal rainfall affects the viability of vegetation in the region, including fields cultivated by the region's farmers and open prairies that provide habitat for wildlife, DuBois said.

"That's a big concern with croplands and also rangelands," DuBois said. "There's a lot more stress on our plant systems."

He said there's a link between drought conditions and a decline in Oklahoma's wheat harvest in recent years. The Oklahoma Wheat Commission has estimated that farmers will harvest about 36 percent less wheat this year than they did a year ago.

"So far, the numbers coming in are not very good," DuBois said.

Precipitation generally increases across the region during the winter and spring months as rainfall and snowmelt replenish water supplies, but DuBois said the Southern Plains has received "very little to no runoff" from snow this year.

Consequently, farmers and ranchers are being forced to rely more heavily on groundwater supplies, which could lead to a decline in the levels of many water wells.

Dubois said the months from July to September could relieve the worst of the drought conditions in New Mexico and elsewhere in the arid Southwest, when monsoonal rains traditionally saturate the region.

"The further you go west, the further influence you get from monsoon," DuBois said.