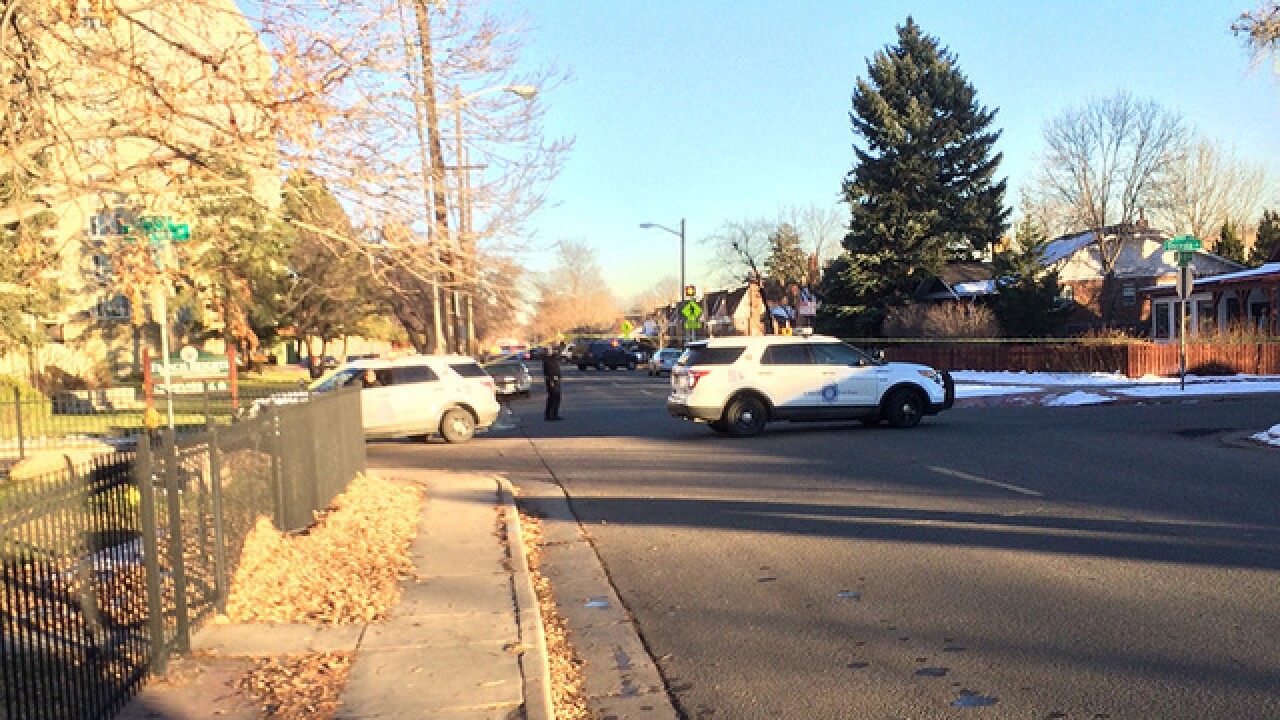 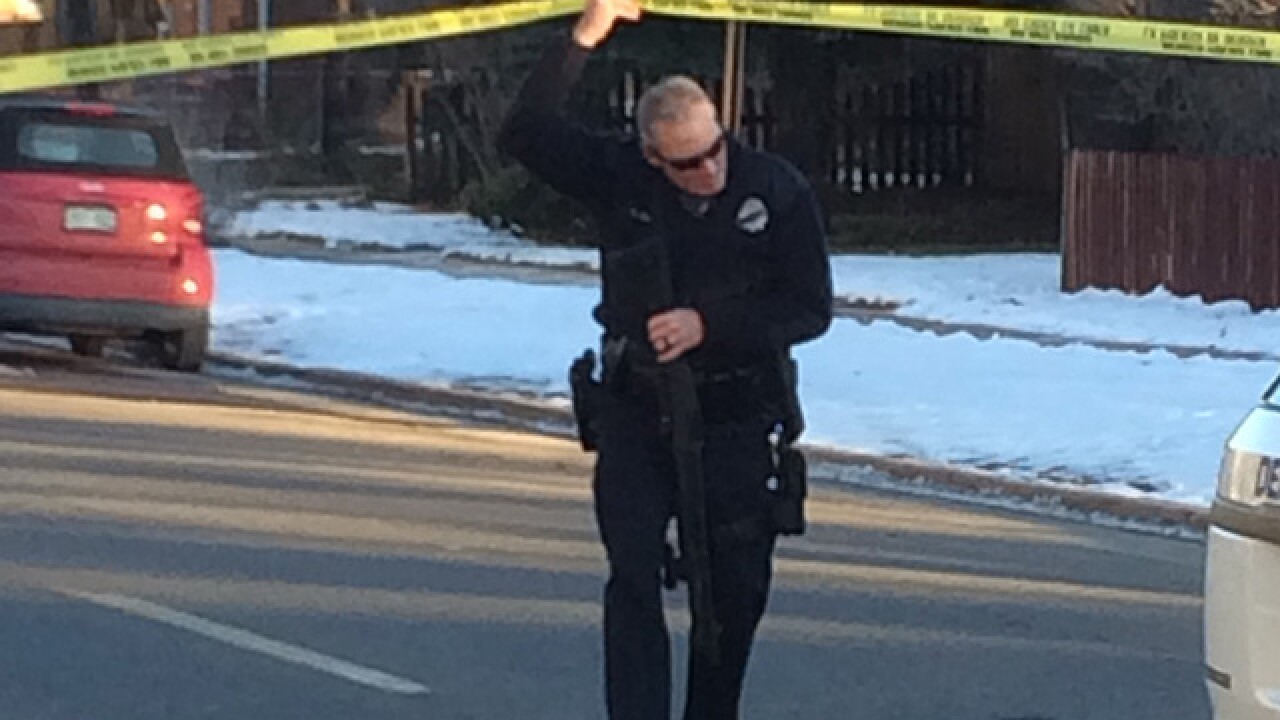 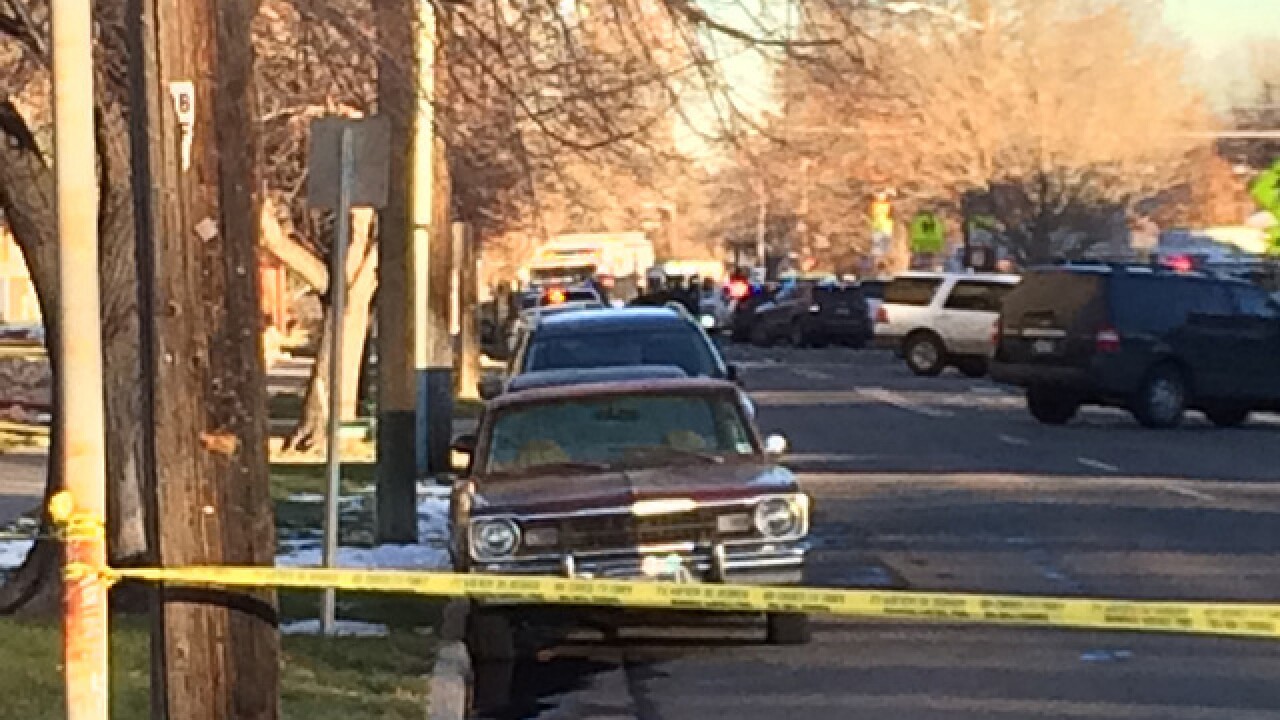 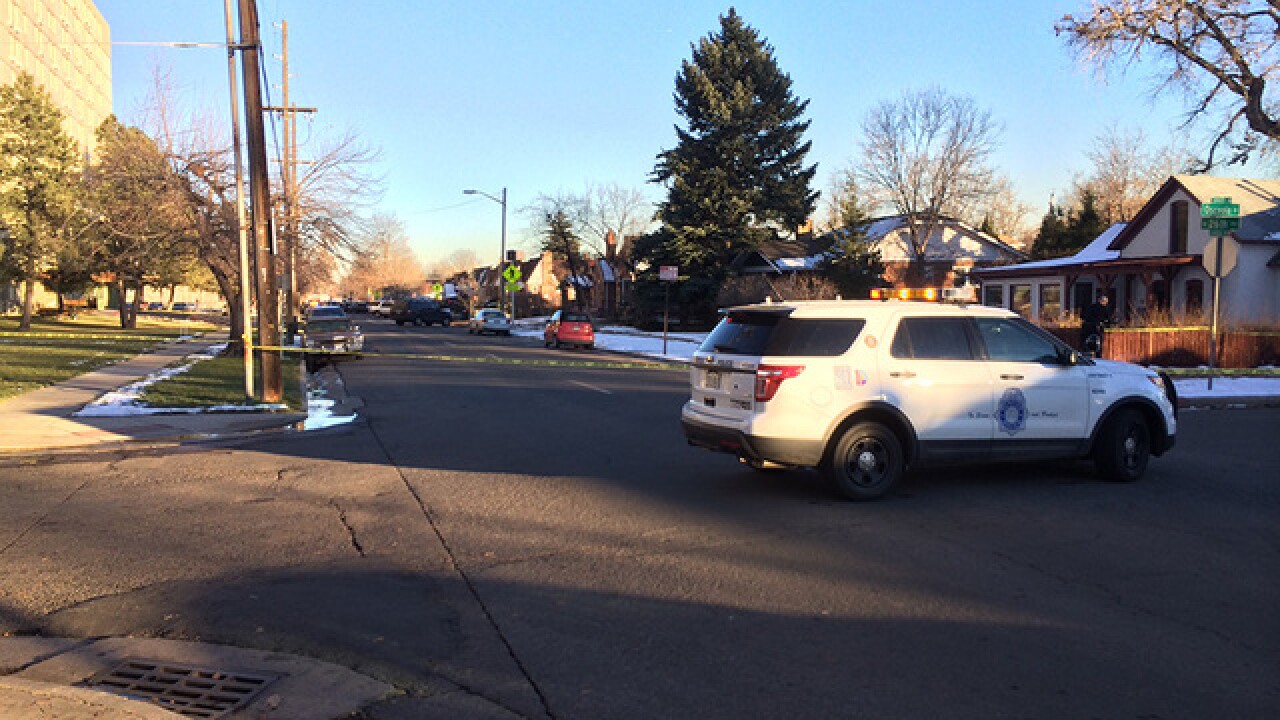 A Denver SWAT officer was seriously hurt in a shooting while attempting to arrest a fugitive near Sloan's Lake Wednesday afternoon. The suspect involved was killed.

Police were trying to apprehend a fugitive when a shootout occurred at West 26th Avenue and Ocseloa Street, near the Sloan's Lake neighborhood, around 3:30 p.m.

A source close to this investigation told Denver7 that the officer was hit in the leg. Initially, police said his injuries were critical but later upgraded it to serious.

The officer, a 15-year veteran, underwent surgery and is expected to make a full recovery.

Sources say Denver Police was assisting Thornton officers in an attempt to arrest this suspect, who our sources have identified as 35-year-old Phillip Munoz. Authorities initially tried to stop him at W. 26th Ave. and Newton Street, but police say he drove away. According to Denver Police, Munoz tried to drive between two homes at W. 25th Ave. and Meade Street but he hit a gas meter. He got out of the car and tried to run again just before shots were fired. Denver Police haven't said who started shooting.

The suspect was pronounced dead at the scene.

"All of the sudden, I heard a bang and then I heard another bang," said one neighbor, who did not wish to be identified. "I had been watching the coverage of the California shootings, and I just thought this doesn't happen here."

Sources tell Denver7 that Munoz was wearing a Denver sheriff's shirt, complete with a deputy's patch. Sources confirm the shirt is authentic.

Police are still trying to figure out why he was wearing their shirt, but there is no question this man has a history of criminal activity. Authorities chased Munoz Wednesday for a Thornton warrant for assault with a deadly weapon, which was issued last month. Two weeks after that, Aurora Police issued a second warrant for kidnapping, menacing, weapons possession and assault charges.

His criminal résumé dates back to 1999. As an 18-year-old, court records show Munoz pleaded guilty to assault. Two years later, there were kidnapping, vehicle theft and more assault charges; there was another run-in for assault with a deadly weapon in 2001, as well.

That was followed by another assault and burglary in 2002. Munoz pleaded guilty.

He was labeled a habitual criminal in 2006 for two more arrests and charges that included multiple burglaries and assault of an officer. He was sentenced to 10 years in prison.

Brown International Elementary on Lowell Boulevard had been placed on lockdown Wednesday because of the crime scene, Denver Public Schools said. By 6 p.m., all students had been dismissed.