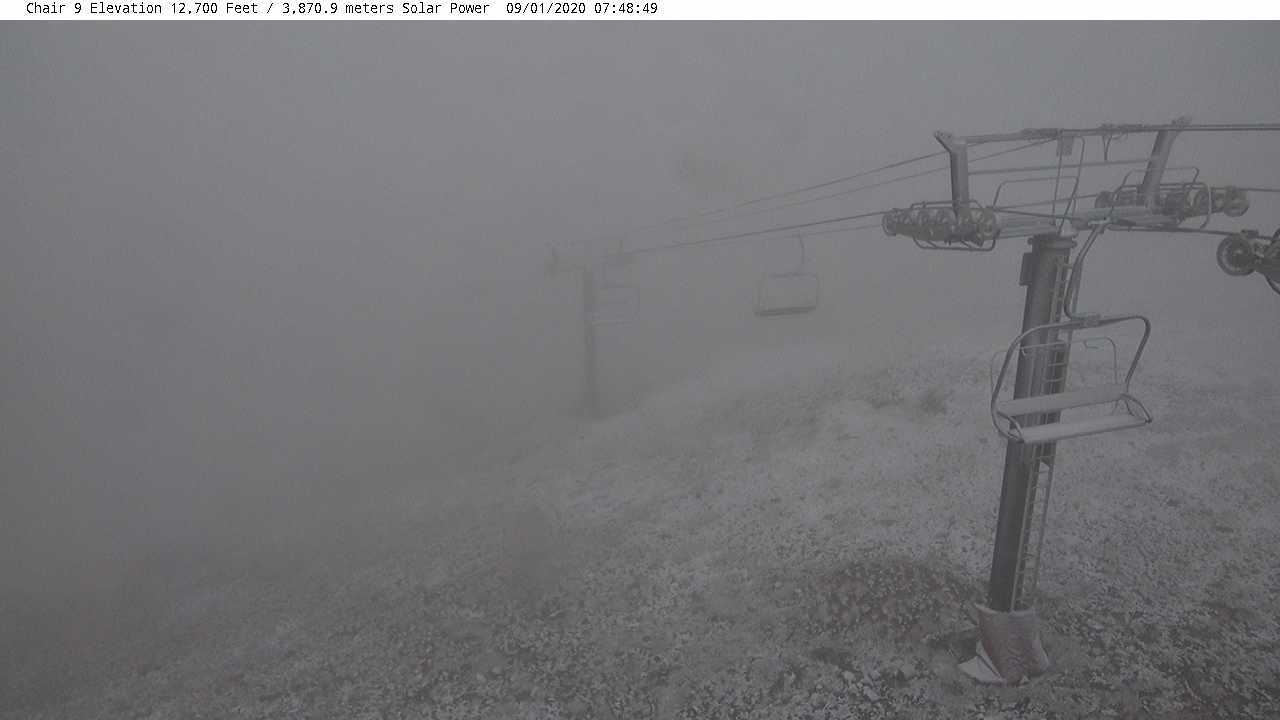 DENVER -- A sign that summer is winding down in Colorado’s high country made itself known Monday night.

Loveland ski area received a quick shot of winter weather when a light dusting of snow fell in the area. It’s the first snowfall of the season.

A photo from the top of Lift 9 Tuesday Morning shows the wintery scene.

Another touch of light snow is expected this evening for the higher peaks in the northern and central mountains.

Loveland is only 31 days out from making snow, the resort stated. The ski area hopes to open sometime mid to late October.