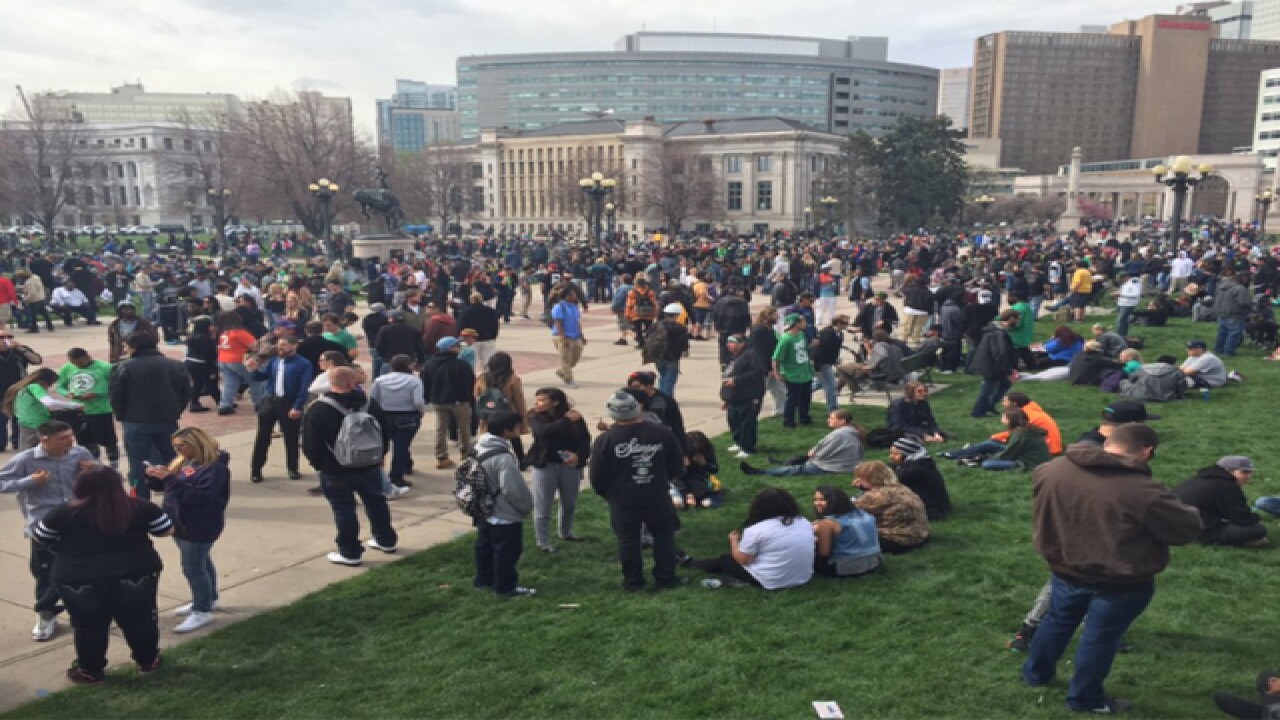 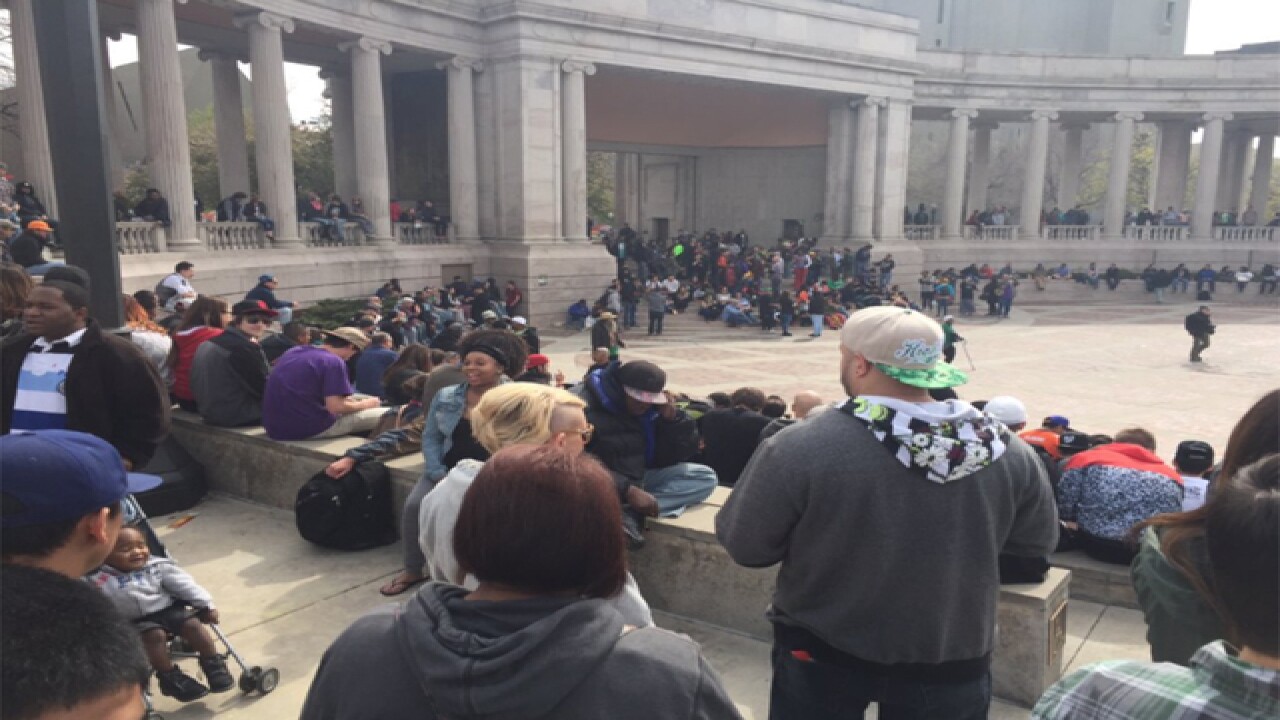 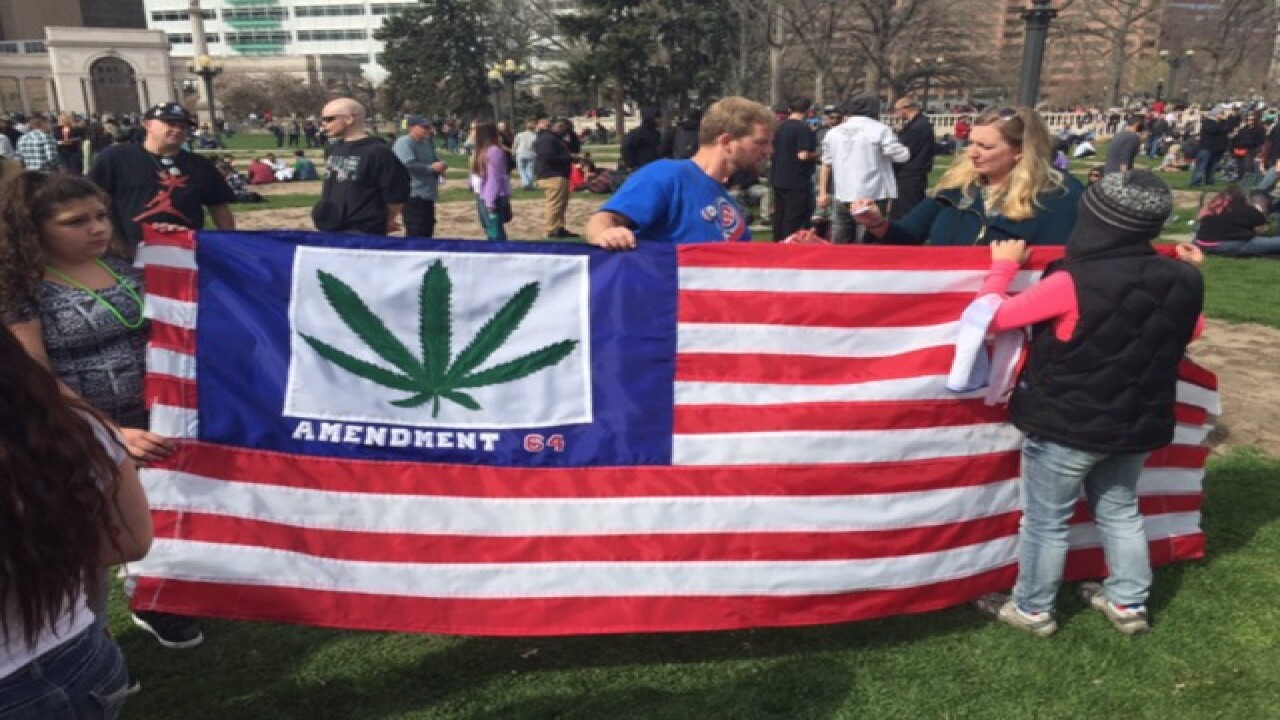 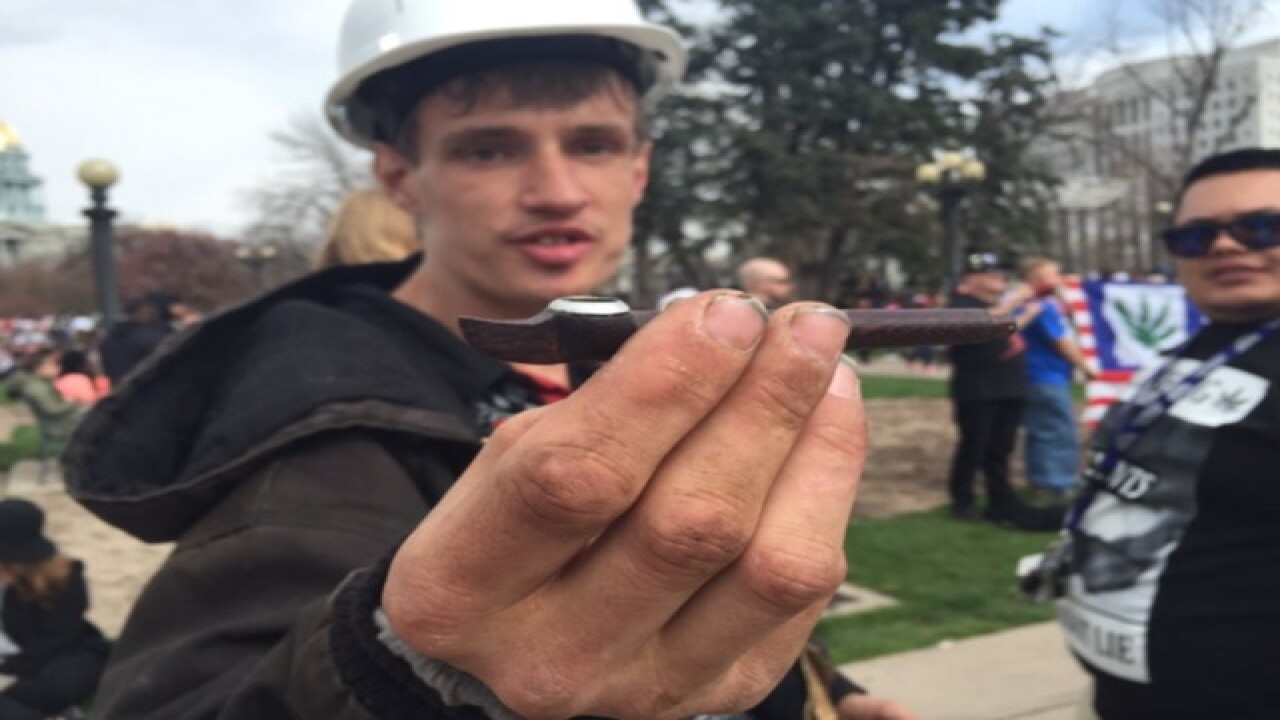 Coloradans are celebrating this year’s 4/20 holiday in a million different ways, but in most plans, there’s one common ingredient: Marijuana.
A handful of events are scheduled to celebrate the occasion including the ones below in the Denver area.
Snoop Dogg at Fiddler's Green Ampitheater in Greenwood Village
The rapper was scheduled to perform later in the day for the Merry Jane Wellness Retreat, alongside other artists.
The event was scheduled to take place from 3:30 p.m. to 5 p.m.
Smoke out at Civic Center Park
In the midst of the Snoop concert, thousands of people swarned Civic Center Park, where they released a cloud of smoke – per tradition – at 4:20 p.m. to mark the day.

Heavy police presence here as well while the crowds start to thin out a little bit.@DenverChannel pic.twitter.com/EOtQ41Z6H2

"Slow-Speed Chase"
Despite the excitement, Denver police wanted to warn the public it's not all fun and games, staging a “Slow-Speed Chase” with two cars outfitted with safety messages.
The cars circled Civic Center Park from 2 p.m. to 3 p.m., and then visited Fiddler’s Green Amphitheater for the concert. The first vehicle, resembling a police cruiser, followed close behind another vehicle covered with bright marijuana leaf designs.
They were both wrapped with messages meant to educate marijuana users on the hazards of driving high. Messages include: “Hot Box = Hot Pursuit”; “No Strain = Safe Driving”; “Marijuana Impairs Perception of Time, Distance and Speed”; and “Your Car is Faster Than You Think.”
A press release on the event notes that in 2014, 58 drivers (8 percent) involved in fatal crashes tested positive for marijuana at a level above the legal limit.
Denver PD also delivered the following message to 4/20 participants via Twitter: