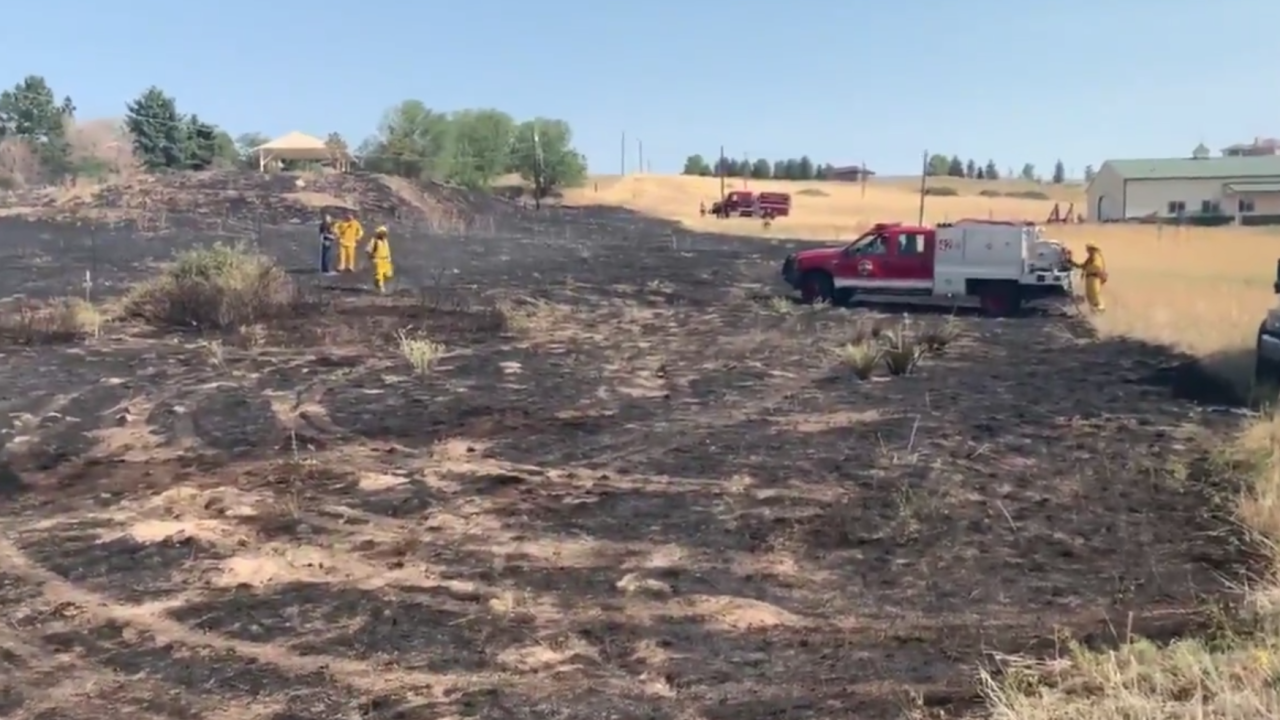 DOUGLAS COUNTY, Colo. — A red-tailed hawk that had become tangled in power lines and then electrocuted Wednesday morning sparked a small wildfire in Douglas County, according to South Metro Fire Rescue.

The fire department said the hawk had been electrocuted by the wire around 9 a.m.

The fire, which was contained to east of Pine Drive and north of Mainstreet in Douglas County, burned about an acre.

The fire was extinguished by 10 a.m., according to South Metro Fire Rescue.