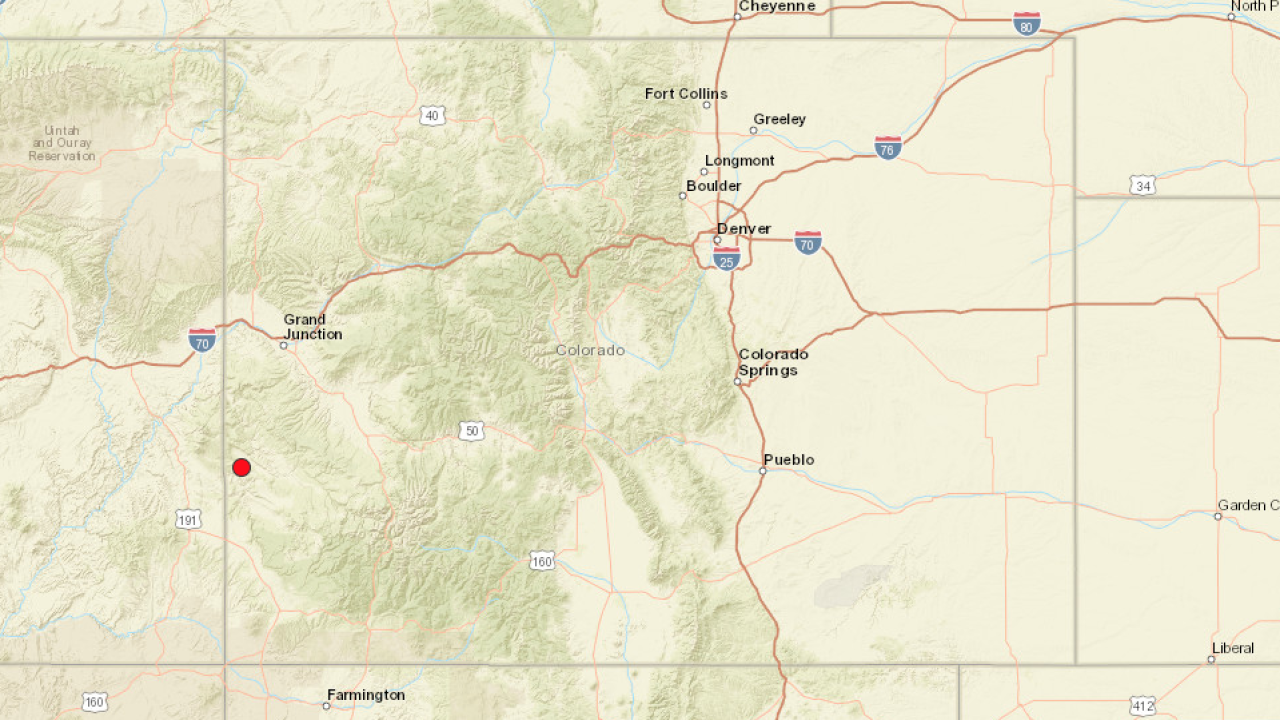 DOVE CREEK, Colo. — A small earthquake was felt in parts of Colorado and Utah Monday morning.

According to the United States Geological Survey, the quake, which had a preliminary magnitude of 4.6, was recorded about 35 miles north of Dove Creek in far western Colorado at about 10:22 a.m.

A seismologist with the USGS said there were many reports of shaking but no immediate reports of damage or injuries.

The facility injects its brine water into a 16,000 foot well in the area in order to meet salinity rules for the Colorado River, but was not operating when the earthquake occurred, the USBR said.

"High-pressure brine injection has been known to trigger sall earthquakes in the past, and today's event was within the range of previously induced earthquakes," a news release said. "Reclamation's seismic network in the area monitors the location, magnitude and frequency around the Paradox Valley Salinity Control Facility. Reclamatioin will continue using that network to monitor earthquakes in that area."