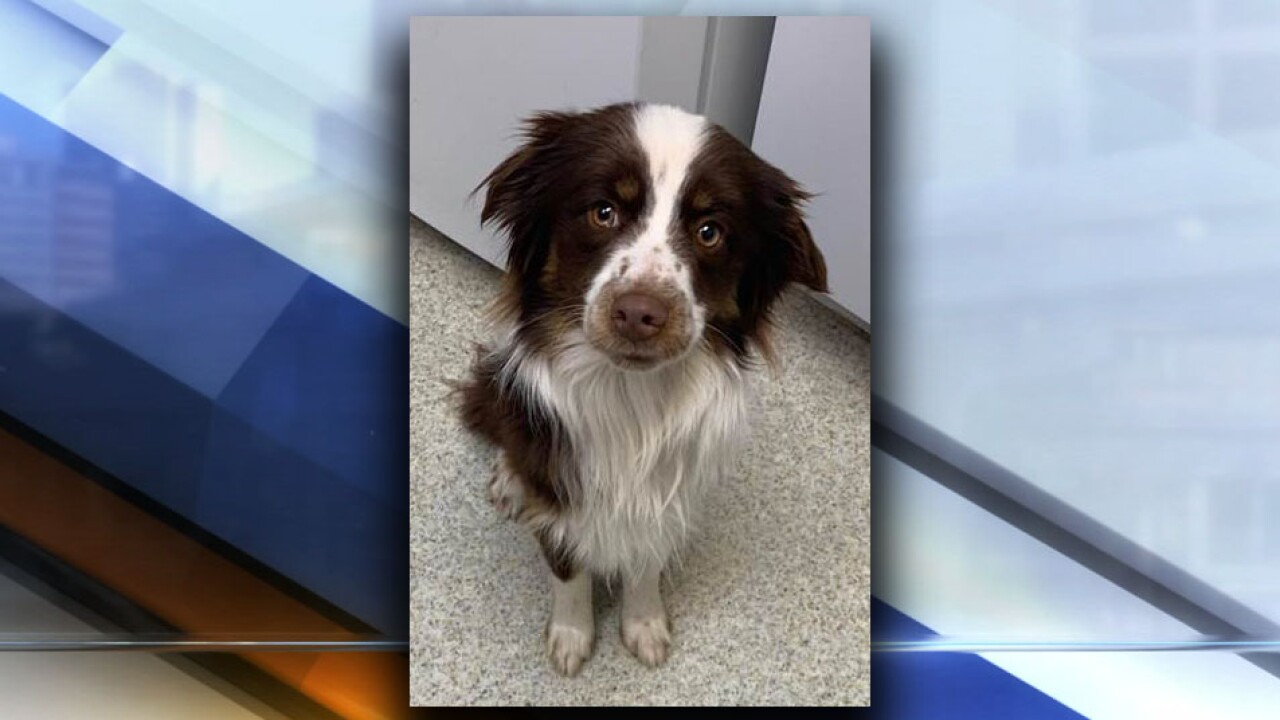 UPDATE | Saturday 5 p.m — Nemo, the small Australian shepherd found alone at the top of Rabbit Ears Pass in January, has been adopted. The Routt County Humane Society announced on Saturday afternoon that they had chosen a "loving home" for him.

"We appreciate all of the concern surrounding this boy and would like to thank each and every person who worked to help try and find his family," the humane society said.

UPDATE | Tuesday 10 a.m. — The Routt County Humane Society says Nemo, the dog found alone at the top of Rabbit Ears Pass earlier in January, was never claimed by his owners, has a clean bill of health and is ready to find his new home. The humane society will take applications Friday, Jan. 31 at noon through 4 p.m.

The humane society is asking anybody who is interested to come to the shelter to fill out an adoption application. They will not accept online applications due to the large number of people who are interested. Applications will be review Friday afternoon and Saturday morning, and the approved adopter will be notified later in the day Saturday.

UPDATE | Monday 5:40 a.m. — The Routt County Humane Society said the owners of the mini Australian shepherd found alone at the top of Rabbit Ears Pass in mid-January have not come forward after a week of keeping the dog on a stray hold.

The humane society said their biggest concern for the dog — named Nemo — is his medical needs. They are continuing to help Nemo, who was skinny when he was found at the top of the 9,200-foot pass, gain weight back. He is starting to feel better and come out of his shell more, they said.

The humane society's medical team will give Nemo a full evaluation on Tuesday before deciding if he's healthy enough to be neutered and placed up for adoption.

ROUTT COUNTY, Colo. — The top of a mountain pass in winter is no place for a small Australian shepherd.

The dog was picked up by a concerned person over the weekend at the top of Rabbit Ears Pass — around 9,200 feet — near a bunch of snowmobile trailers, according to the Routt County Humane Society. The pass had been closed on and off on Jan. 17 and Jan. 19 due to snow and poor driving conditions. It was not clear how long the dog had been wandering around at the pass.

"We're calling him Nemo," they said.

Nemo is currently being held as a stray. If nobody claims him by the end of the week, he will go up for adoption. As of 10:25 a.m. Thursday, he hadn't been claimed, the humane society said, despite rumors on an online thread.

"We definitely think this guy has a family and we really want to find his home," the humane society said.

He's friendly, wiggly and very cute, they said. To help find his owners, they've posted on their Facebook page and put an advertisement in the local paper. Anybody claiming to be his owner will need to show proof of ownership, the humane society said.