"Are you willing to bankrupt your company for this?” 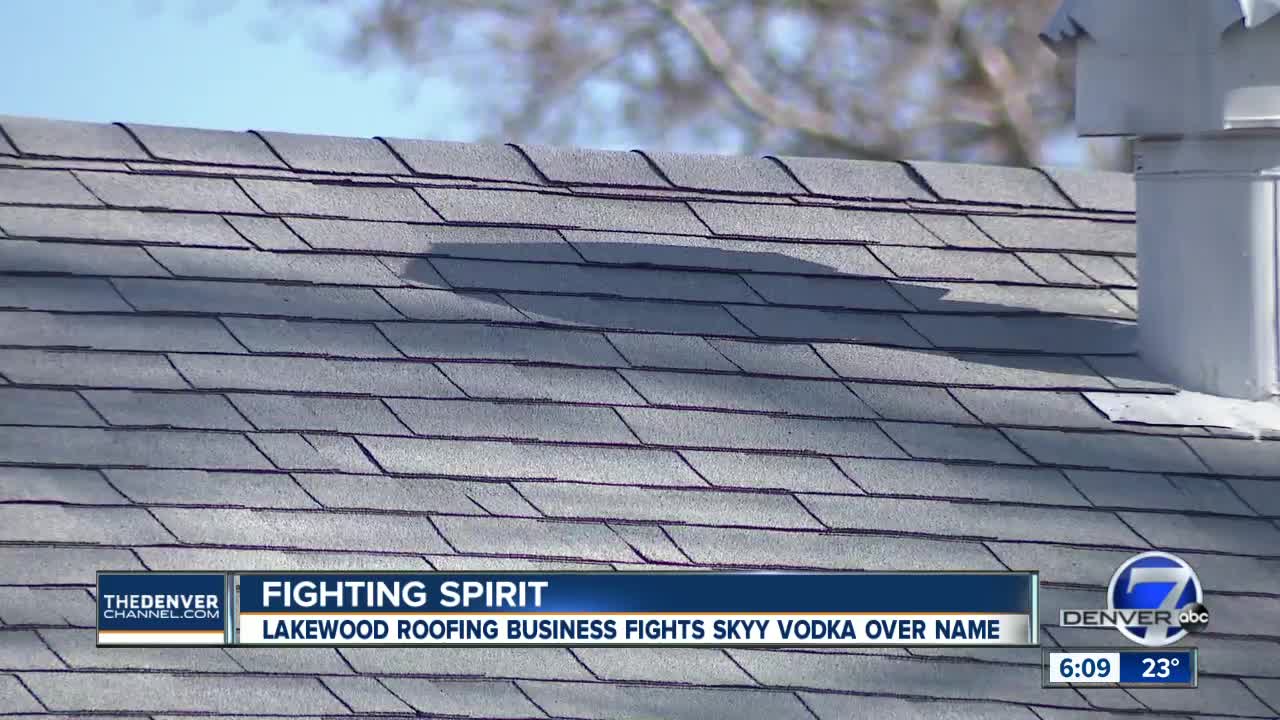 DENVER -- A major vodka brand is taking issue with the name of a small Colorado roofing business.

Skyyguard roofing was founded by two disabled veterans in January of 2018, but they ran into problems when they filed paperwork to have that name trademarked.

"I think my initial reaction was, 'Why? We’re not selling alcohol, we’re not in the same industry, how could you confuse the two?'" said Sean Smith, Vice President of Skyyguard.

They are now embroiled in a lengthy battle with SKYY Vodka over the use of the name Skyyguard. The case is playing out before the Trademark Trial and Appeal Board which falls under the United States Patent and Trademark Office.

"They filed the opposition stating that if Skyyguard were to receive a trademark, that it would actually dilute the SKYY Vodka brand," said Chase Baron, Skyyguard CEO.

Baron explained they came up with the name because it conveyed the message of protecting or guarding someone's home from anything that might fall from the sky.

When they went to buy a domain name for their website, they realized that they needed to add a second 'y' to secure a website. Skyyguard with a double 'y' was born and the extra letter soon became an integral part of their logo.

"The two 'y's' came together, it actually looked like two people actually holding hands or it looked like a house," said Baron.

Baron and Smith served in the Navy together. That's where they met and why they decided to use blue and gold for the logo's color scheme.

"He was a machinist, I was a missile technician. We became best friends on the boat and stayed together ever since," said Baron.

Denver7 reached out to SKYY Vodka and its parent company, Campari America, LLC. At the time this article was published, the company had not responded. Denver7 also contacted the company's attorney at the firm Greenberg Traurig, but she said they do not comment on active client matters.

Smith said it didn't sound like the attorney was prepared to back down based on comments she made during a recent deposition.

"She said, 'Are you willing to bankrupt your company for this?'" said Smith.

The friends have already spent a significant amount of time and resources fighting to keep their business name and they plan to continue. They agree it's a matter of principle and they refer to SKYY Vodka as a bully, saying they don't want the bully to win.

"It’s not just as easy as changing a name," said Baron. "We would potentially lose two years worth of equity that we built into our brand. I mean it would be further time, further resources that we have to go and change all of our documentation and file new paperwork with the state."