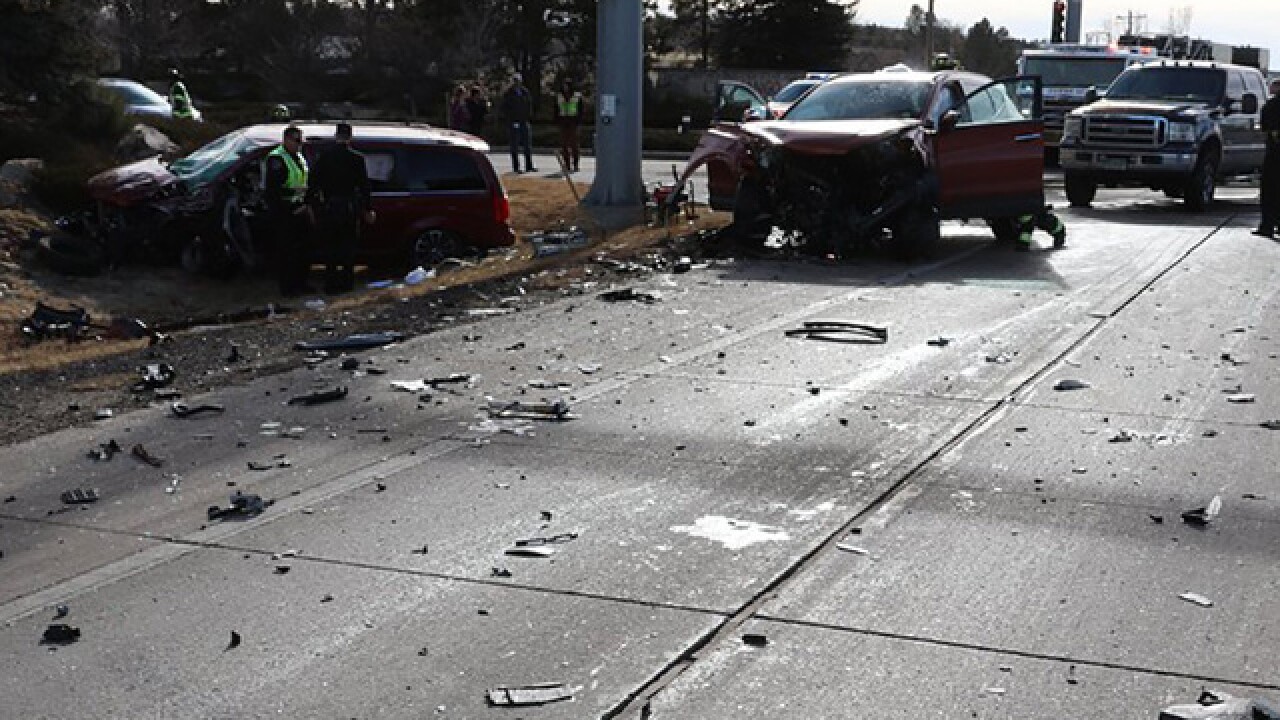 The collision occurred on South Parker Road at the intersection with East Long Avenue at about 9 a.m. It wasn't clear how many vehicles were involved in the crash.

South Metro Fire Rescue said two of the crash victims were in critical condition. Three others were listed as serious and the other had minor injuries.

Five people who stopped to help the crash victims were treated at the scene for cuts and scrapes, firefighters said.

The northbound lanes of Parker Road are closed at Cottonwood Drive and officials expect the closure to last for "a while."