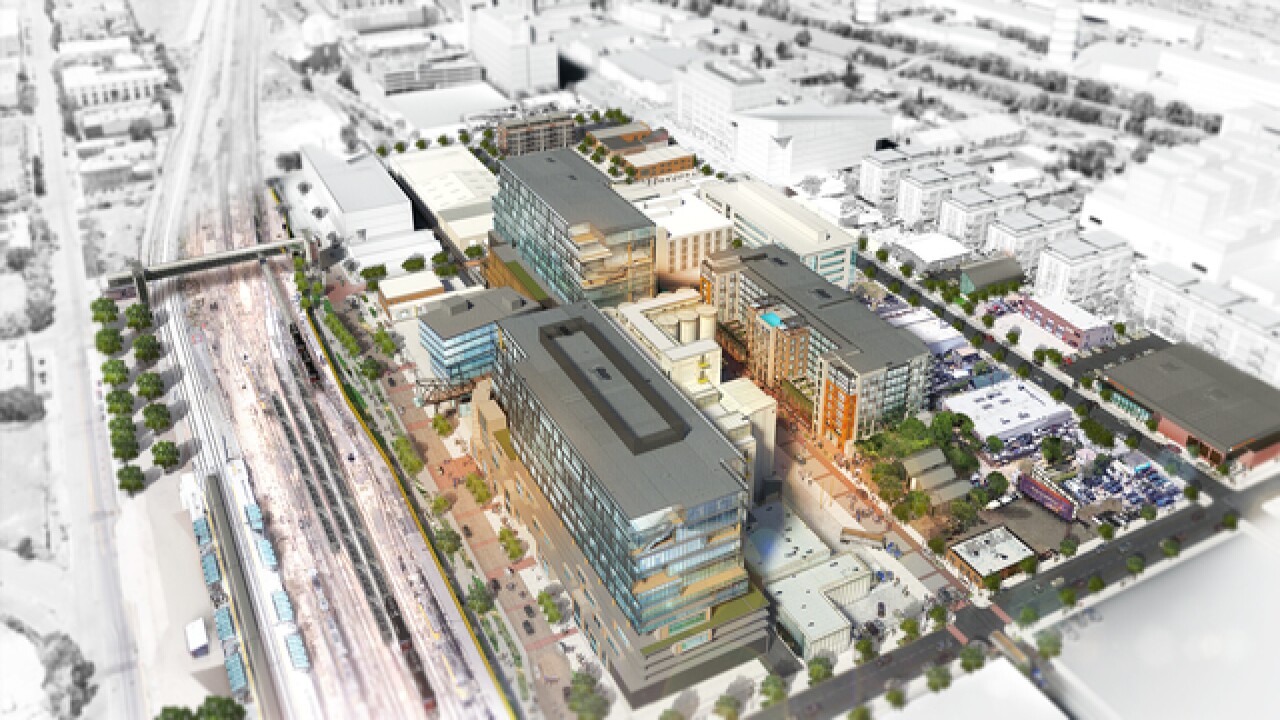 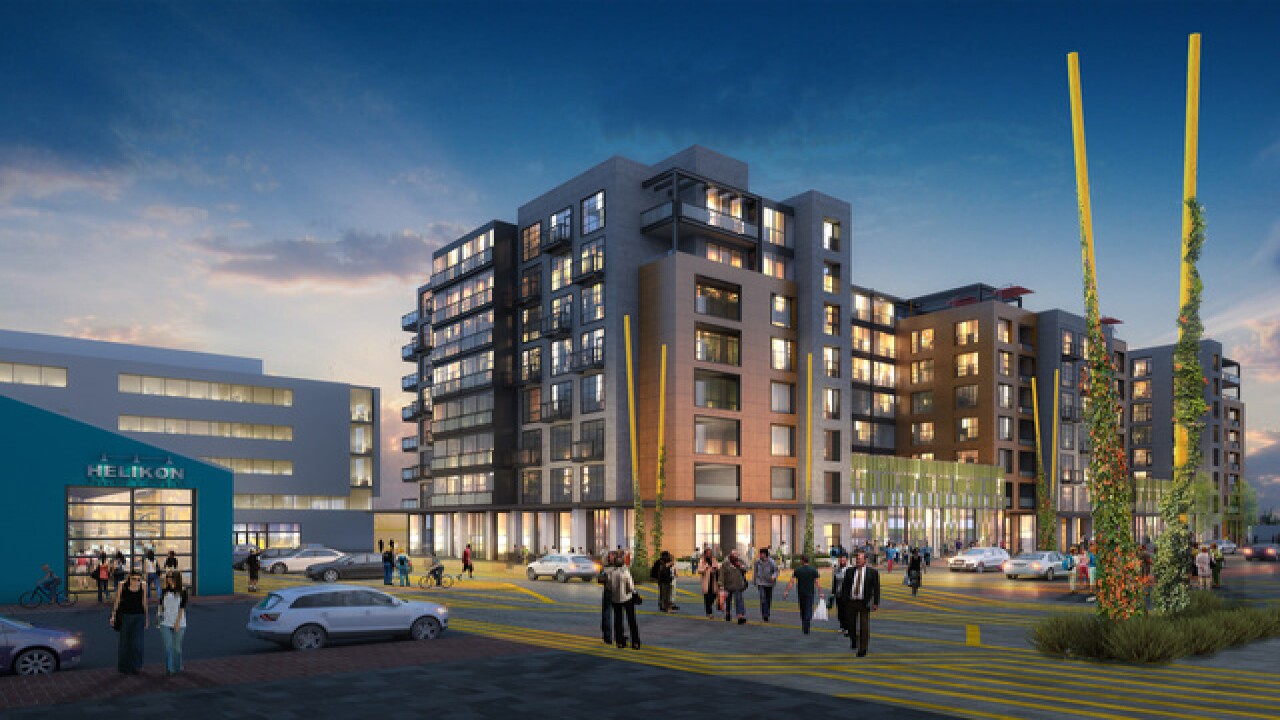 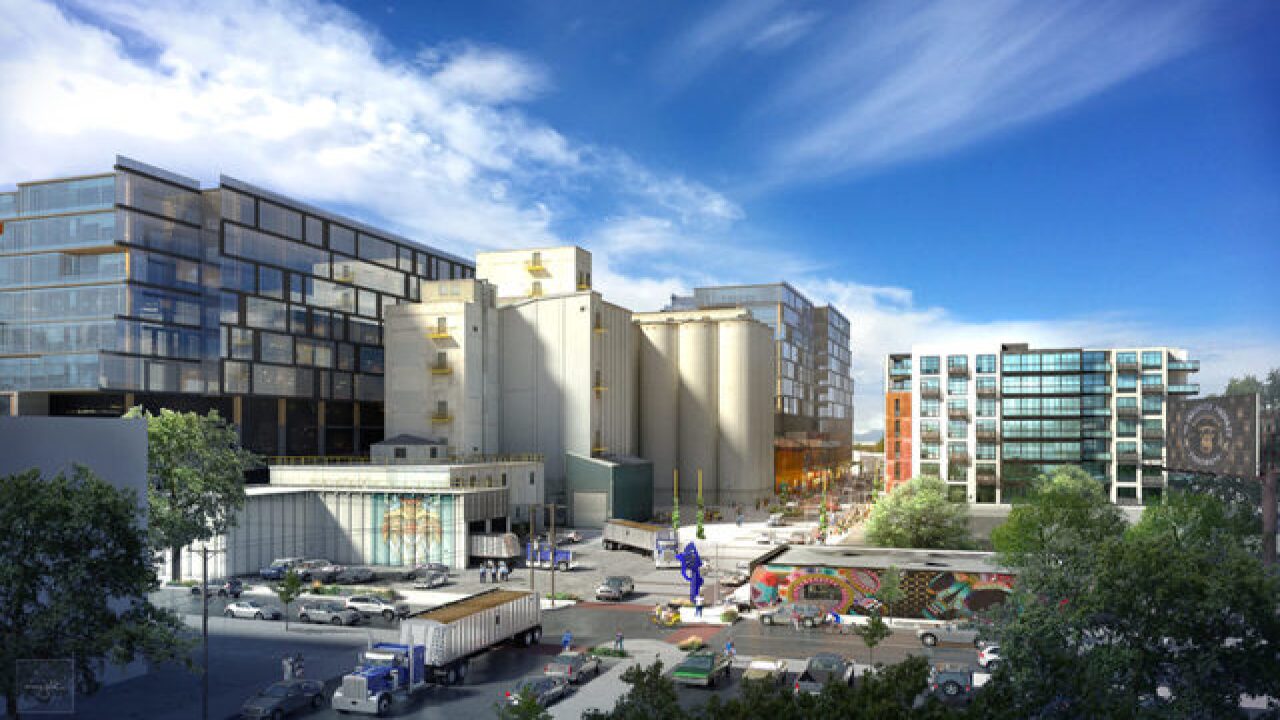 The mixed-use Giambrocco development will be located adjacent to the 38th and Blake transit station along Brighton Boulevard, bounded by 35th and 38th avenues. That area currently is home to a mix of retail, art galleries, auto body shops, manufacturing facilities and a working mill.

The developers plan to repurpose existing buildings and construct new ones to create a mixed-use, transit-oriented development that is “steeped in history but quintessentially modern.”

Giambrocco will include 350 apartments – both market-rate and “affordable” – 500,000 square feet of Class A office space, live/work art studios, retail and a boutique hotel.

Plans also call for parking that can be converted to additional office space in the future, as transportation needs change.

The developers say the area will be pedestrian-friendly and will play host to events like food truck festivals, public performances and outdoor movie showings.

“Giambrocco will be a place in and of itself, but which also contributes to the ongoing renaissance of RiNo from an unexplored part of Denver to the most dynamic and vibrant district in the city,” said Rebecca Stone with OZ Architecture, one of several firms working on the project. “It’s critical to note the respect the entire design team is placing on the existing architecture and atmosphere of the area – from the rail yards to the found art – to ensure the culture and vibrancy are carried through to this latest evolution of the neighborhood.”

Developers have not announced a timeline for construction but said the project will come together “over the next few years.”

The project is a collaboration between Denver-based Tributary Real Estate, OZ Architecture and Wenk Associates, Boston-based Charles Street Partners, and Gensler, an international architecture, planning and design firm with offices in Denver.