Sisters encourage women, men to get tested for cancer gene 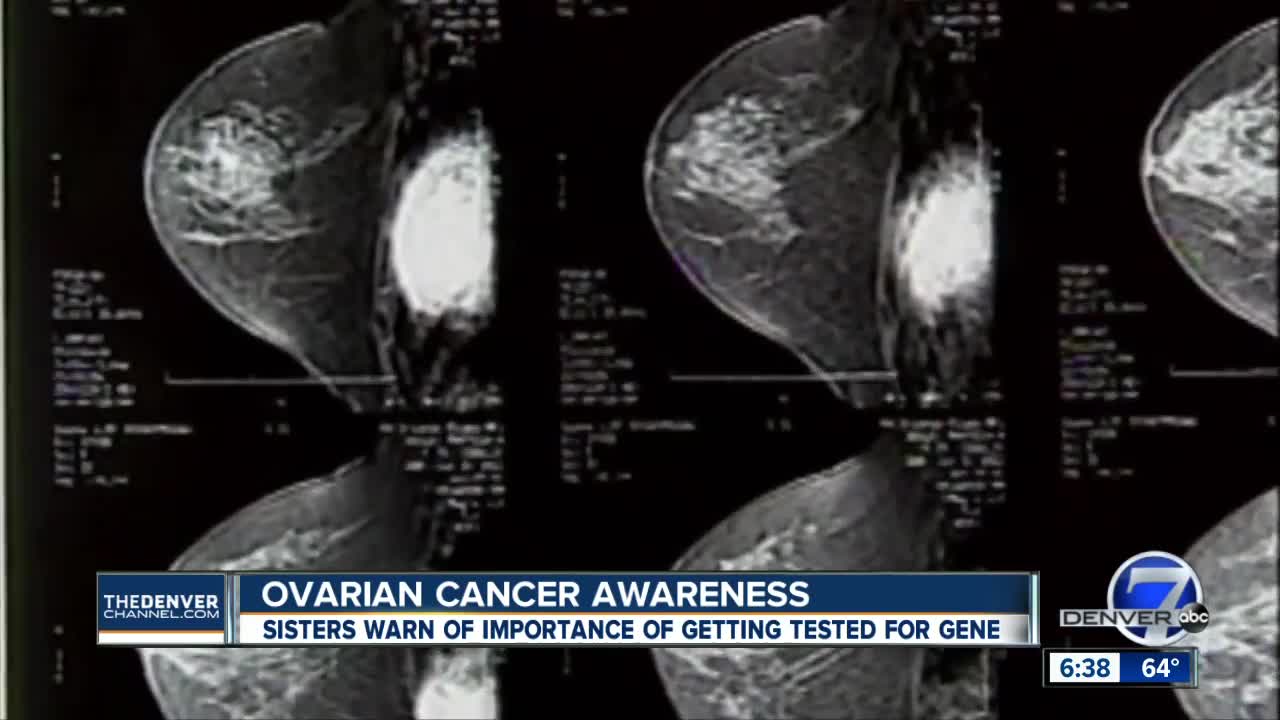 These two sisters are encouraging others to get tested from the BRCA gene after one of them was diagnosed with cancer.

DENVER — Sisters Marcy and Elissa Newman have always known they had strong familial ties to breast and ovarian cancer.

“Our grandmother was a two-time breast cancer survivor, and we had several aunts that had breast cancer and had passed away,” Marcy said.

Even so, the sisters only got tested for the BRCA gene after Marcy was diagnosed with ovarian cancer at the age of 47. The gene, often known as the “breast cancer” gene, actually raises the risk for multiple types of cancer.

When Marcy found out she was BRCA1 positive, she called her sister.

“As we were hanging up the phone she said, 'By the way, I’m BRCA1 positive, and you have a one in two, or 50 percent, chance of having the gene,'” Elissa said.

She said she was encouraged to get tested even earlier in life because of her family history, but at the time, insurance laws allowed companies to discriminate based on a “pre-existing condition.”

That’s no longer the case, but genetic counselor Lisa Mullineaux said people are still fearful of getting genetic testing for other reasons.

“They may not be ready to know that they have an increased risk, or they’re not ready to take action,” said Mullineaux.

Some people who find out they have the BRCA gene may simply opt for additional screenings or may take birth control pills to reduce their ovarian cancer risk. But Elissa decided to take more extreme action. She had her ovaries, Fallopian tubes, uterus and breasts removed.

“To reduce my risk to that of the natural population, was well worth it,” she said.

Elissa’s 20-year-old son will soon get tested for the BRCA gene, because men who have the gene face an increased risk for prostate, pancreatic and other cancers. The United States Preventative Services Task Force recently updated the recommendations for BRCA1 and BRCA2 testing to include more of the population. And since it’s now considered “preventative,” the testing may be covered by insurance.

All of this means doctors may be able to detect cancer in patients earlier, increasing their chances for survival.

“We’ve more than doubled the survival rate of ovarian cancer patients in the last 20 years,” said Dr. Saketh Guntupalli, Director of the Division of Gynecologic Oncology at University of Colorado School of Medicine at Denver.

Currently receiving treatment at UCHealth, Marcy is celebrating five years as an ovarian cancer survivor. Still, she wishes she’d been told about all her testing options earlier.

“I would have expected an expert who knew my family history would have had me take additional steps and screenings,” she said. “Now, I know we have to advocate for ourselves and educate others.”