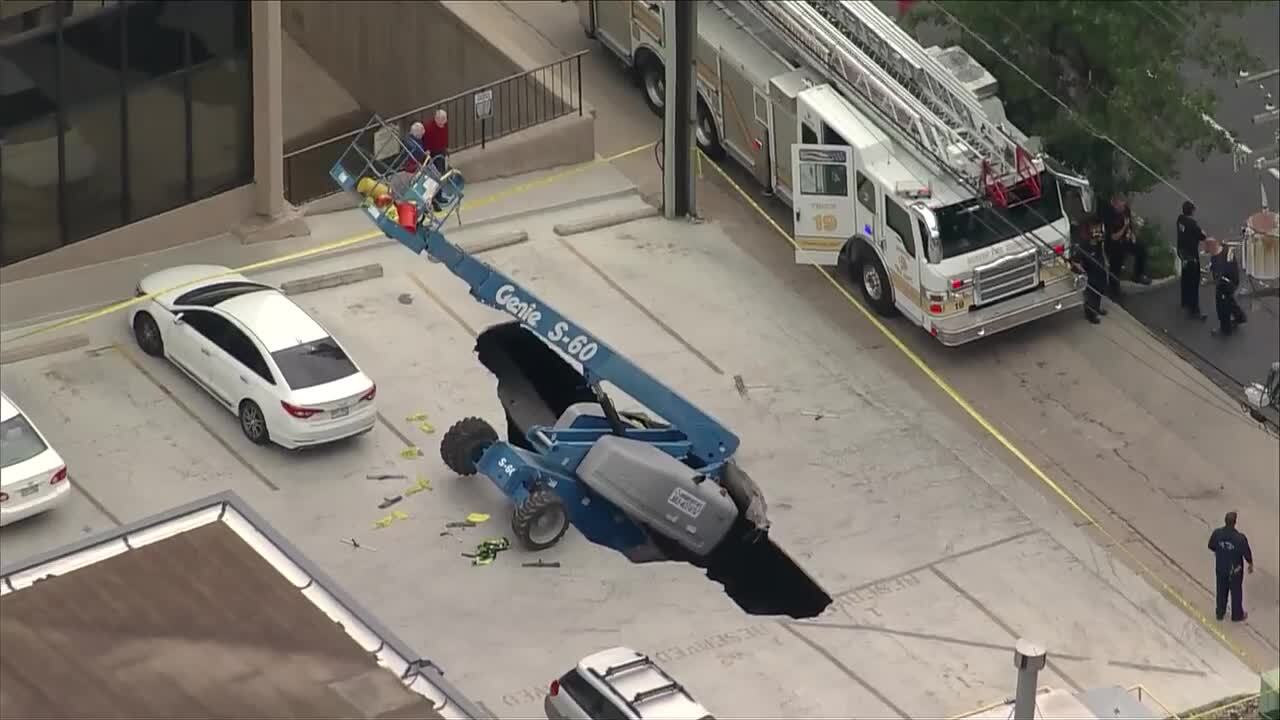 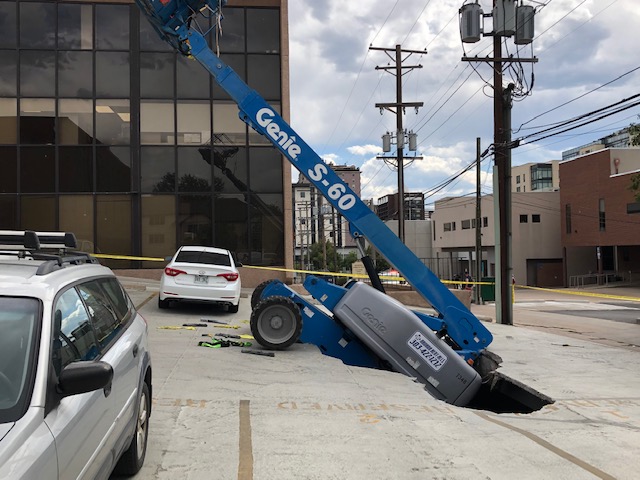 DENVER – A lift machine carrying two workers fell through the top of an underground parking garage in the Cherry Creek area of Denver on Saturday afternoon, according to the Denver Fire Department.

The workers were cleaning windows at a building at 155 N. Cook Street when the concrete beneath their machine – known as a boom lift – opened up, causing the machine to fall into the underground garage. The collapse busted a sprinkler system in the parking garage and flooded the garage with water, Denver Fire officials said.

A propane tank that was possibly connected to the lift machine also ruptured.

The workers were rescued by Denver firefighters and taken to a hospital with minor injuries, officials said. Firefighters were working to fix a propane leak and the structural damage to the garage, the Fire Department said.

Denver police had initially tweeted that a sinkhole caused the parking garage to collapse and that a large gas and water line had ruptured.

More information was not immediately available.

Lift with workers falls through parking garage. The two workers onboard were rescued by Denver Fire and evaluated by Denver Health. Currently mitigating a propane leak and structural damage. pic.twitter.com/kl7mIpt6kR

#ALERT DPD and DFD working a sink hole that caused a portion of a parking garage at 155 N Cook to collapse - large gas and water line ruptured. Numerous street closures.

This is a developing story. Check back for more information.