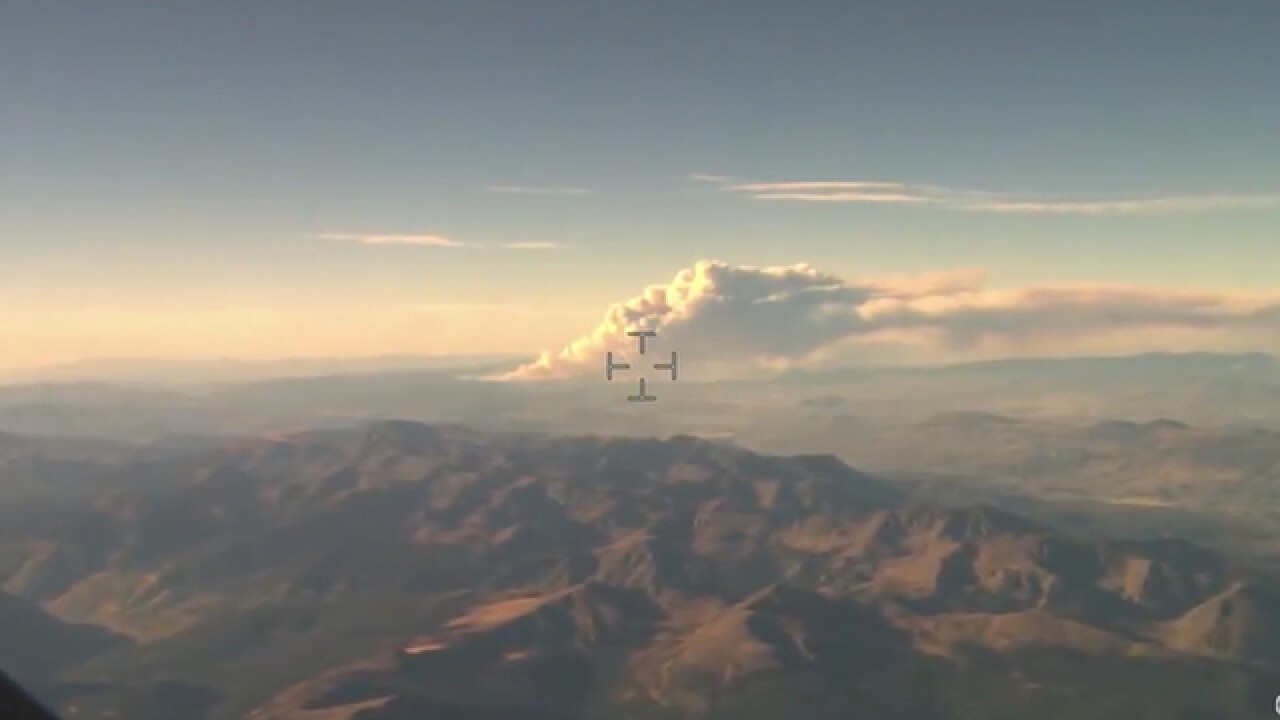 Authorities working alongside the fire said its behavior was “extreme” on Thursday, according to a release from the Forest Service. The fire had grown to 9,472 acres and was 53 percent contained as of Friday morning.

The hot and windy weather this week, plus low humidity, have helped the fire grow in size. Similar weather is expected through the weekend.

The fire was started by lightning on July 19 about 16 miles northwest of Kremmling.

The Silver Creek Fire has two active fronts. The more northerly one began spreading northeast through Buffalo Park on Wednesday and is less than three miles from Highway 40. The other sparked across Red Dirt Reservoir and spread northeast into new terrain north of Latigo Guest Ranch.

Firefighters are currently focusing on structure protection in communities that would be affected by the fire.
Several hunter camps were evacuated Wednesday north of the fire closure areas. In addition, the Routt National Forest modified its forest closure order Friday morning and expanded the closure area. All BLM-administered land west of U.S. Highway 40 and north of Colorado Highway 134 is closed. An evacuation order was issued Thursday by Grand County for an area including Milk Creek State Trust Lands. Latigo Guest Ranch and the Yost Ranch were evacuated were also evacuated Thursday and Old Park, Gore Lakes, Rabbit Ears Village, Bear Mountain Ranch and the Lake Agnes area were put on pre-evacuation notice.

Click here for the latest on the Silver Creek Fire.