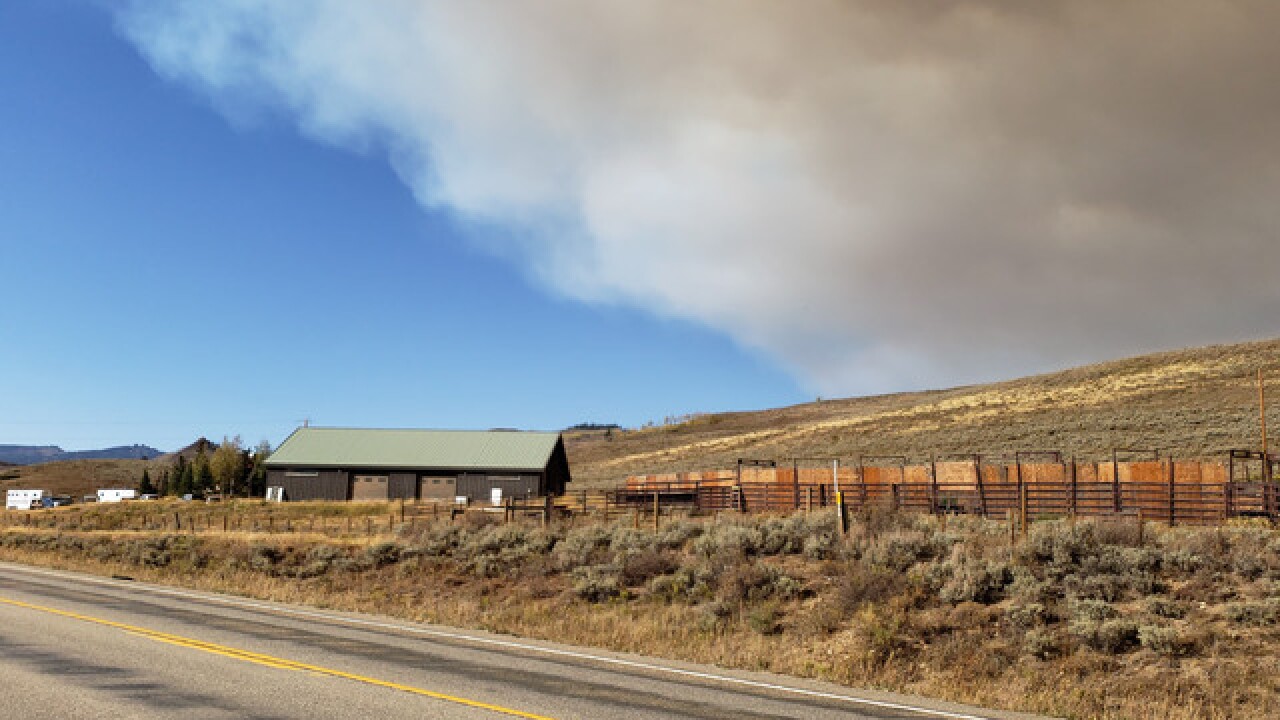 Courtesy of Kayt Barclay
<p>The Silver Creek Fire, seen in this photo from Steamboat Springs, grew past 18,000 acres over the weekend. </p>

Three wildfires in Colorado have grown over the weekend, some by just a few acres and some by thousands.

The Silver Creek Fire, which started in July, doubled in size from Thursday, the Ryan Fire multiplied its size by eight, and the Indian Pass Fire, small as it may be, grew a little as well.

Here is the latest on these wildfires.

Details: The fire has grown in size over the past few days. On Thursday afternoon, it was estimated at 9,472 acres and Saturday morning that number had grown to 14,324 acres. Monday’s weather calls for sustained winds of 20-25 mph, which is the strongest in the area of the fire so far. These high winds are concerning for the more than 650 firefighters who are working the blaze. They are actively engaging the fire and implementing a full suppression strategy. Pre-evacuation notices have been issued for Latigo Guest Ranch, Yost Ranch, Rabbit Ears Village, Bear Mountain and the Lake Agnes area. Residents of Grand County can enroll with the county’s alert system to learn of any future mandatory evacuations.

Details: Saturday morning, the fire was estimated at 2,986 acres, and grew past 19,000 over the weekend and into Monday morning. While less fire activity is expected this week, weather forecasts trend warmer and drier by the end of the week. Crews on the southern end of the fire will evaluate the need to establish structure protection in the Pearl community and monitor the existing structure protections at Hogback Guard Station. Laramie and Cheyenne have both reported smoke impacts from this fire. The Carbon County Sheriff's Office issued an evacuation order for the Skyline community on Sunday.

Details: About 60 people are working on this fire, which now stands at just a handful of acres. When it was first spotted, it was estimated at a quarter of an acre. Crews are mopping up and securing the fire line. Though the fire is much smaller now, smoke may still be visible in the immediate areas surrounding the fire. There are no closures or evacuations in place.

Click here for the latest on all wildfires in Colorado.