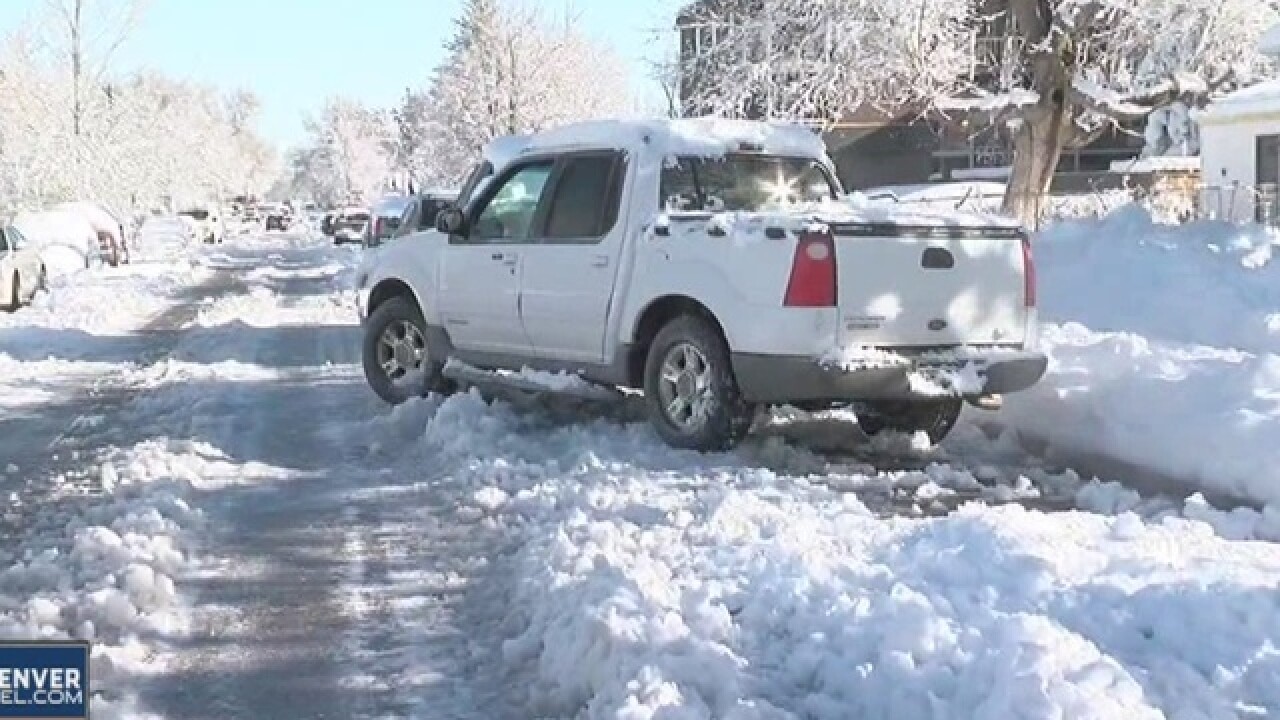 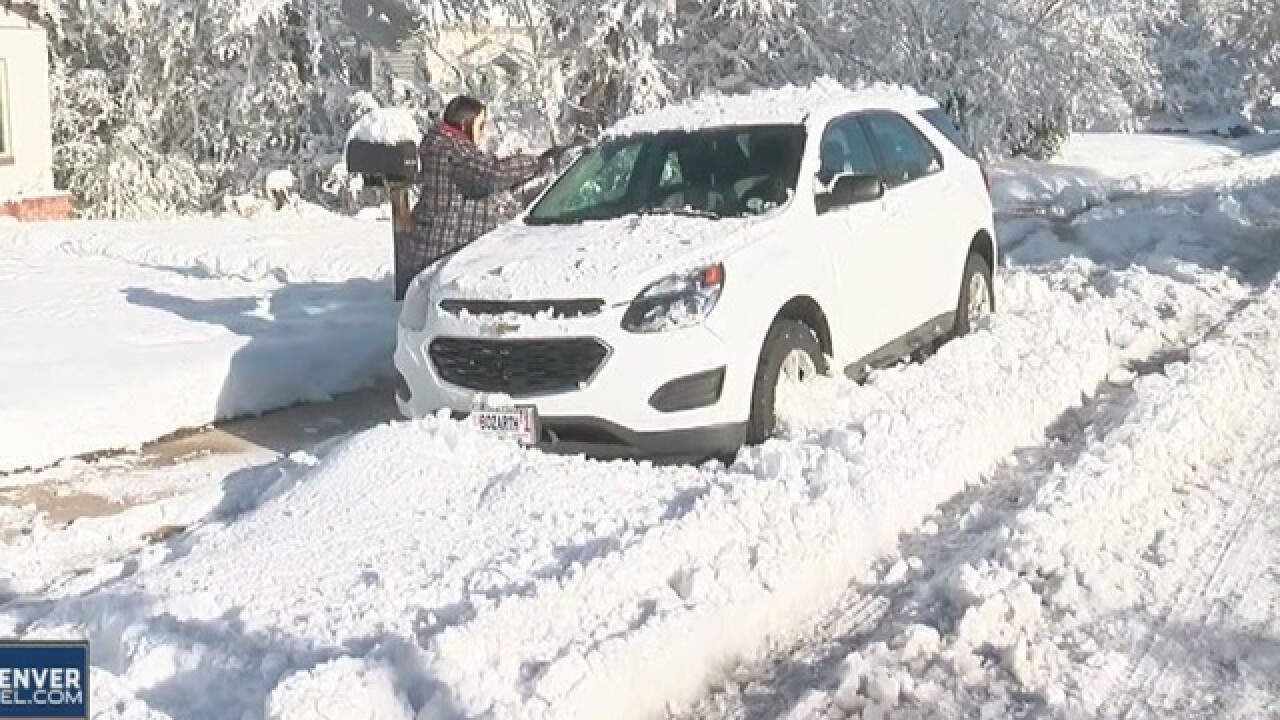 Side streets in the metro area remained a snowy, slushy mess Thursday, despite the clear, blue skies less than 24 hours after the blizzard.

Many neighborhood streets had deep ruts in the ice and snow.

"We were in Lakewood early this morning where their residential streets were an adventure to navigate without getting stuck," said Denver7 Reporter Jason Gruenauer. "All that snow froze into hard ice chunks."

In Littleton, you could scrape off your car but getting it onto the road was another challenge.

In Englewood, we found some people who simply couldn't get out of their parking spaces because of the condition of the streets.

"When we're getting this much snow i definitely think this much needs to be plowed. For a little inch or two it's no big deal but for this much snow we have to be able to get out, go to work, get on with our lives," said resident Amanda Krotik.

In Denver, they normally put out their residential plows when we get a foot or more of snow.

But that's only until March 15th - and if its followed by sub zero temperatures. So no plows will be out in Denver neighborhoods - it's all up to mother nature to melt it.