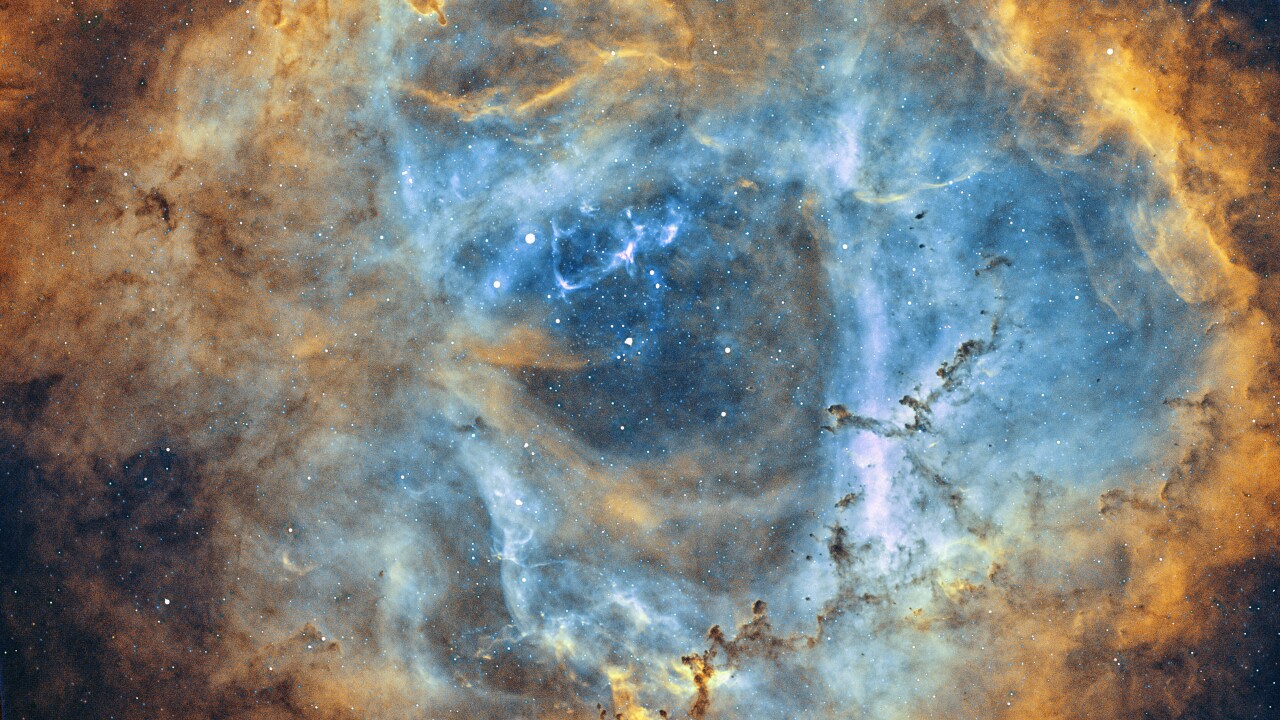 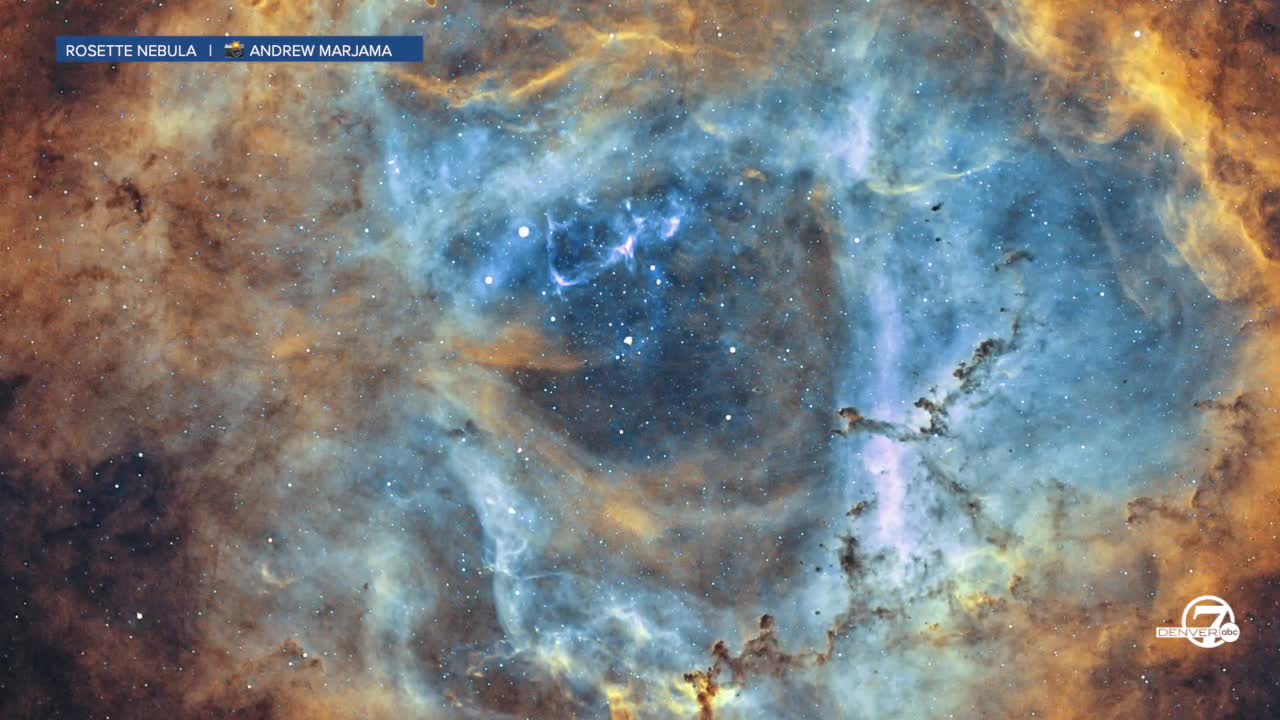 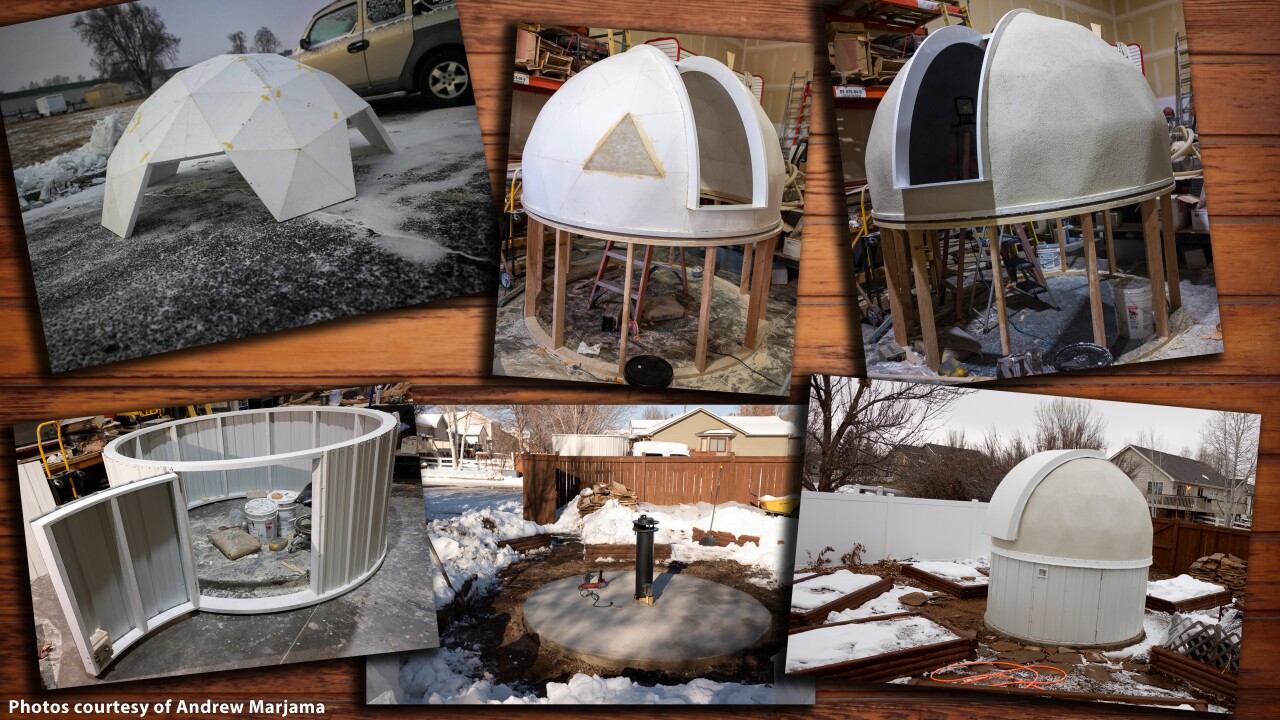 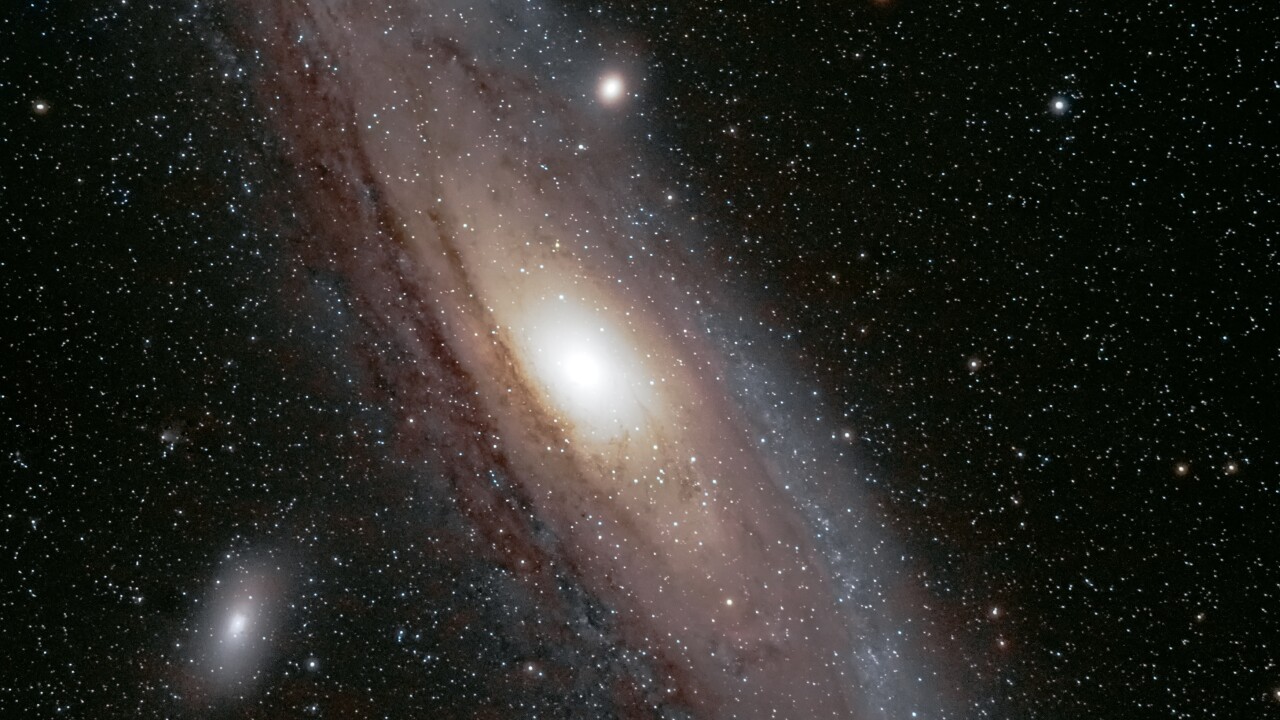 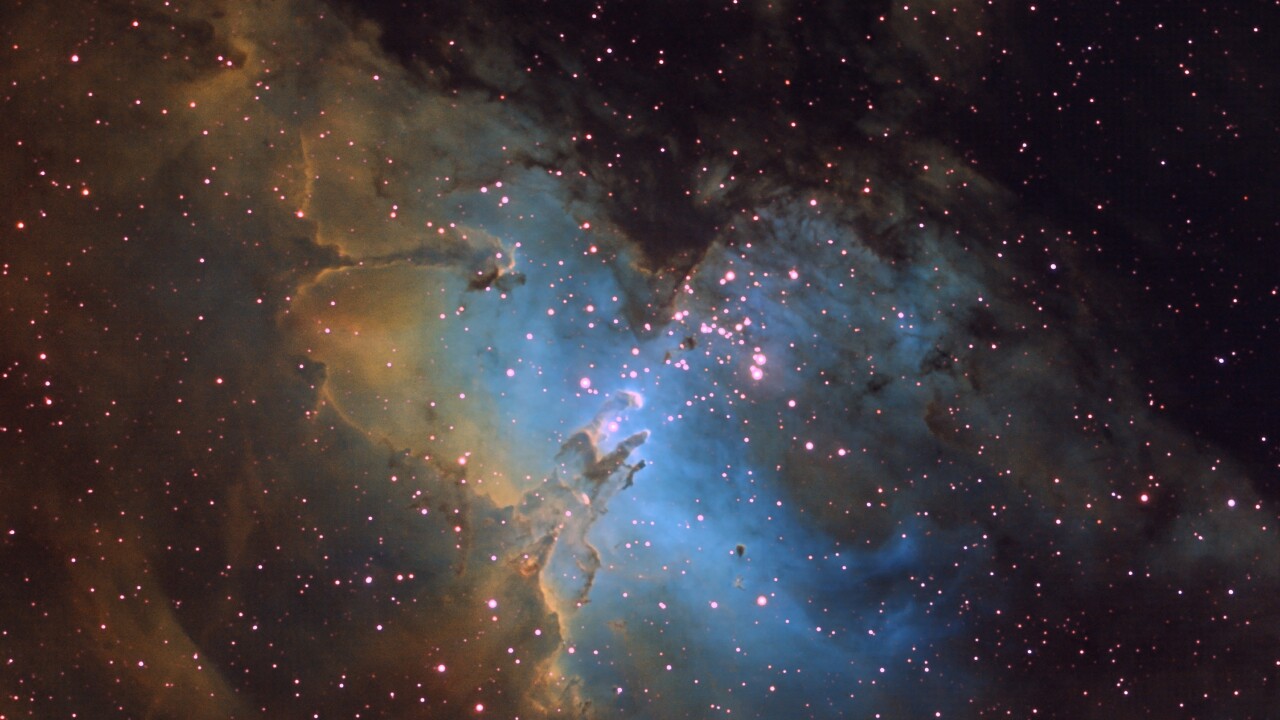 LOVELAND, Colo. — It was the brilliant Andromeda Galaxy that first captivated him.

About a year and a half ago, Andrew Marjama snapped several photos of the spiral galaxy and stitched them together into one piece. He already had about 15 years of experience with photography and had been looking at the night sky since he was a kid, but this was his first attempt at merging the two.

The photo amazed him.

“Looking back on it, it was total garbage, but that’s what hooked me,” he said. “It’s just the idea you can — with comparatively cheap equipment — capture basically almost what the Hubble captures if you take enough time on it.”

Marjama, 42, quickly gravitated toward astrophotography after that initial experience. Just a month later, in December 2018, he decided to take his hobby to the next level and build an observatory in his backyard in Loveland. A dome observatory would cut out light pollution, reduce the threat of wind shaking the camera, and save him a couple hours of setting up and taking down his camera each night. Instead, the camera — a Celestron RASA 11 astrograph, specifically made for astrophotography — would simply live inside the dome.

Marjama said it’s not unusual for astrophotographers or astronomy enthusiasts to build this type of structure on their property. It creates a specialized environment for observing the sky.

He found a geodesic dome calculator online and measured the size and angles of the foam triangles he’d need to cut and shape for the top of the dome. He said he also used plywood, steel sheets, stucco and lath to construct the observatory.

“I’ve been building things since I was a little kid, so I already have all the tools and equipment to do everything,” Marjama said. “I enjoy building and making things. I found the dome calculator online and kind of went from there — no real plan, just built it as I went along.”

Aside from a little hiccup with the wrong type of glue, the process was smooth and steady, but slow, he said. In total, he estimated that he spent close to 600 hours building the observatory. It took about a full year — a lap around the sun — to construct in his shop. It now sits in his backyard.

He said he plans to install a motor so the dome would rotate on its own. Right now, he’s turning it by hand, he said. He sits in the dome while the astrograph captures the photos but once he motorizes it, he said he can link it up with a map through special software.

“Once I do that, I won’t have to be in the dome anymore,” he said. “I can just program it and let it run and it’ll do everything throughout the night.”

The observatory would even close its shutter if it detects cloudy weather to protect the astrograph.

What used to take him about an hour to set up is now ready in five minutes with the observatory, he said.

Marjama, who owns a sandblasting company in Loveland, said he hasn’t seen much work in the past couple months, so he’s had more time to fiddle with the observatory and take photos.

At least when Mother Nature cooperates.

“The problem is there’s only been two or three clear nights in the past month or so,” he said. “You just have to work with the weather. It’s pretty trying at times.”

Weather plays a role in almost any kind of photography, but astrophotography requires several hours-worth of clear skies to capture enough photos to create a single solid image.

Marjama says some professionals will take 30 to 60 hours of photos to stitch into one final product. The more time spent taking photos of a singular object, the deeper and clearer the image becomes, he said.

But there is a benefit to photographing the night sky, even with the added challenge of long exposures and threat of clouds: Those stars, galaxies and nebulas are always there, and always in the same place.

“You can take the same picture over multiple nights,” Marjama said. “Using software to lock onto the exact framing that you used the previous night, you can just keep taking photos. It doesn’t even really matter where you are in the United States. You can travel different places and still take the same photo of the same object because it’s just so far away. We’re talking thousands and millions of light years from these things. It doesn’t really matter where you are. As long as you can see it in the sky, you can take a photo of that.”

The guidescope, an automatic guidance tool on the astrograph, can lock onto a single star and adjust the mount to follow it across the night sky, Marjama explained.

After gathering the photos — sometime hundreds, sometimes thousands of them — he uses a stacking software to stack the photos together.

“The imaging part isn’t that hard — it’s just technical,” he said. “Pretty much anybody can learn to do that, but the actual editing takes some know-how.”

Depending on the photo, the process can take half a day to get “halfway decent,” Marjama said.

But through those countless hours of work, he’s emerged with many pieces he’s proud of. Some of his favorites include the Crescent Nebula and Orion Nebula.

But there’s so much more in the sky he hopes to capture, like the Helix Nebula, which has been referred to as the “Eye of God.”

“It’s a round nebula from an exploding star,” he explained. “It just really looks neat. Oranges and blues and all kinds of things going on with it.”

It’s hard to not fall into the gravity of astrophotography — it’s the art of exploring something that is unbelievably far from your home without leaving your backyard. Recent advances in technology and accessibility have pushed it more and more into the mainstream photography scene over the last couple decades.

“When you see your first image pop up of some new nebula you haven’t seen before, it’s pretty awe-inspiring,” Marjama said. “It gets you thinking, and you start diving deep into astrophysics and how things were created and basically how we came about. It speaks to existence.”

Through his work in this unique type of photography, he’s bringing silent, powerful forces that are often too expansive and too far away to imagine, to Earth — right to his hands in a backyard in Loveland.

Marjama shares his photography on his Instagram page and in Denver7’s Our Colorado | Through Your Photos group on Facebook.