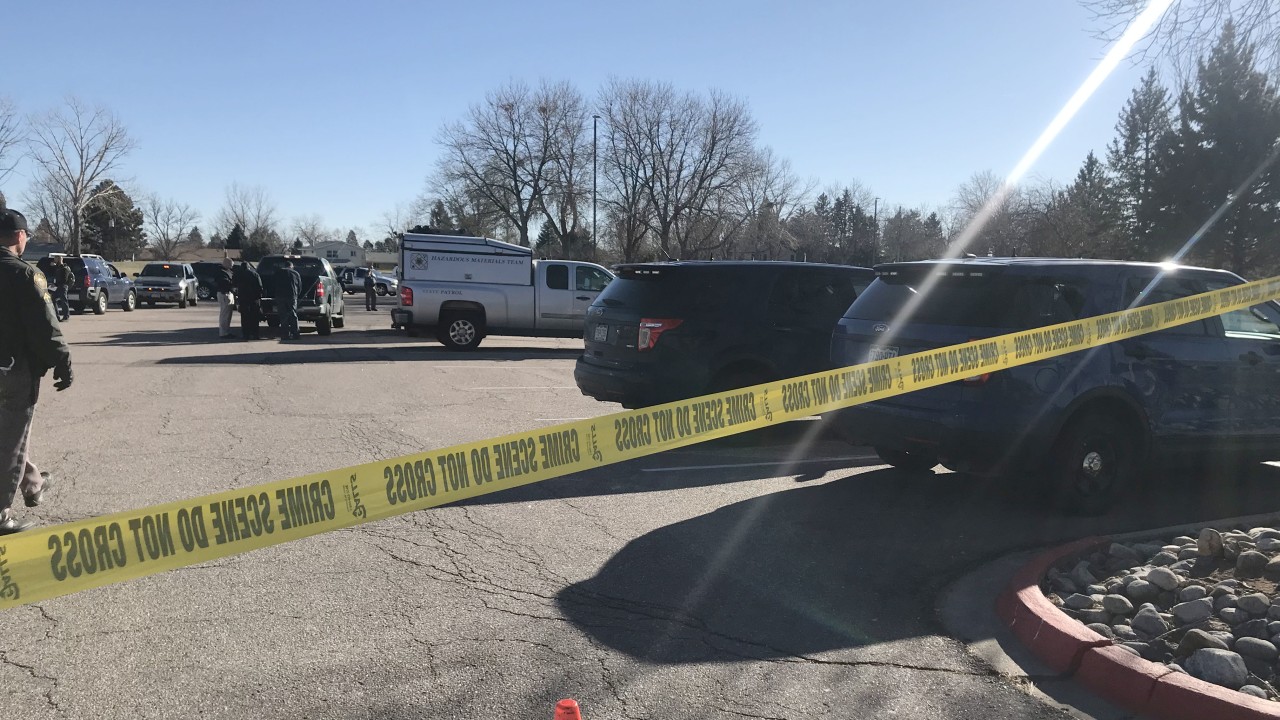 Several schools in Jefferson County were on lockout Thursday morning after authorities investigated a claim of explosive devices inside Columbine High School. 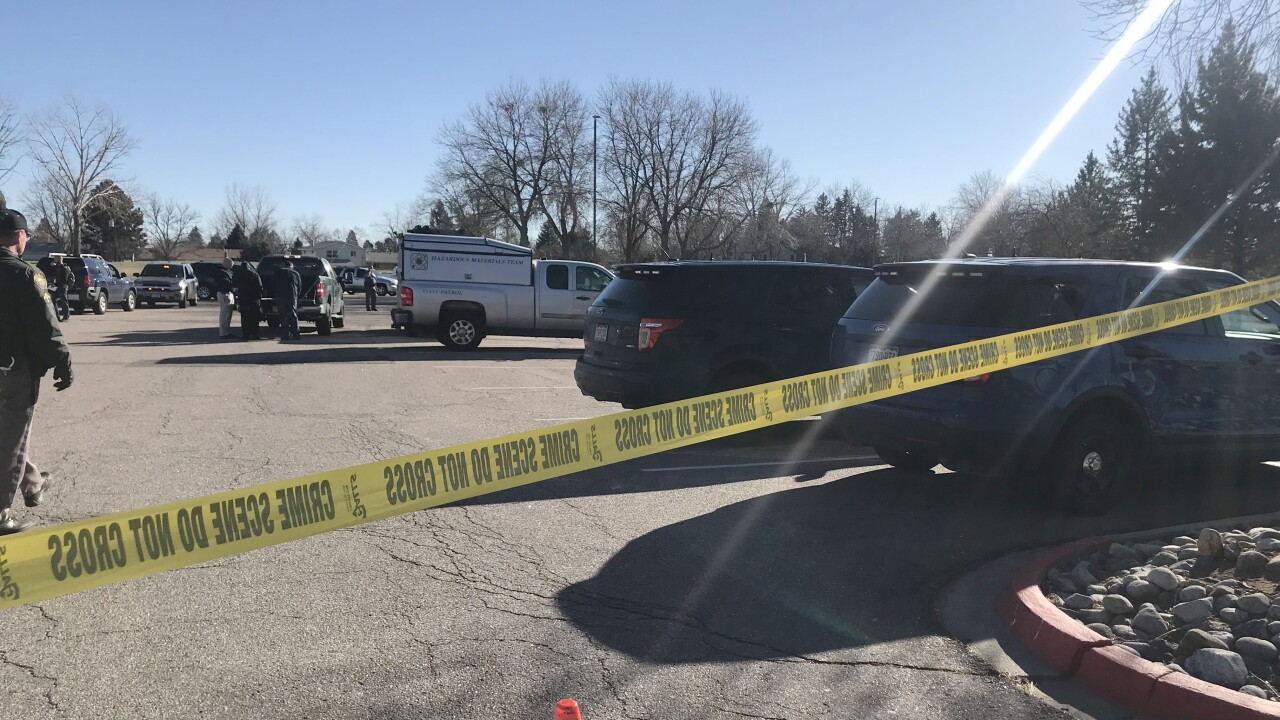 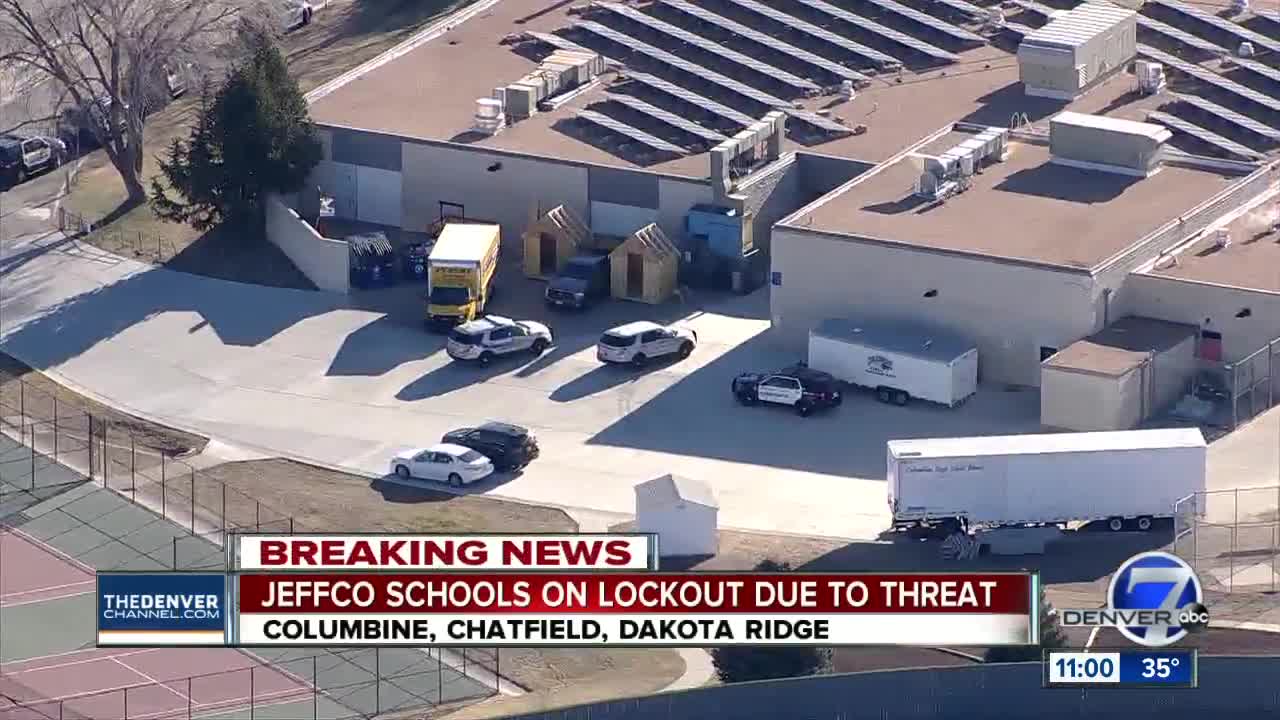 JEFFERSON COUNTY, Colo. — More than 20 schools in Jefferson County were on lockout Thursday morning after authorities investigated a claim of explosive devices inside Columbine High School.

“The person claimed to be outside hiding with a gun,” he said. “The perimeter was searched and secured. No one was found.”

So far, authorities have not found anything to validate the threats that were made, Taplin said at a press conference. The JeffCo Sheriff's Office gave the high school the all-clear around 12:20 p.m. The lockouts at all of the schools were lifted by 12:45 p.m., with the exception of Columbine.

All schools in the

Schools in the Columbine, Chatfield and Dakota Ridge areas were placed on lockout, meaning nobody was allowed to enter or exit the schools, according to JeffCo Public Schools. That includes the following schools:

JeffCo Sheriff’s Office said parents of Columbine students are not allowed to pick up their students until 2:45 p.m., when they will be released in a controlled release, or in waves. The school will stay on lockout until then. The sheriff’s office will help facilitate dismissal, Taplin said.

Several roads in the areas were closed.

“Unfortunately, we receive many threats like this to Columbine,” Taplin said. “We respond to each threat appropriately, which is what we’re doing now.”

The investigation is ongoing. Taplin said they are trying to identify the caller and their location.

He said authorities are asking people to stay out of the area.