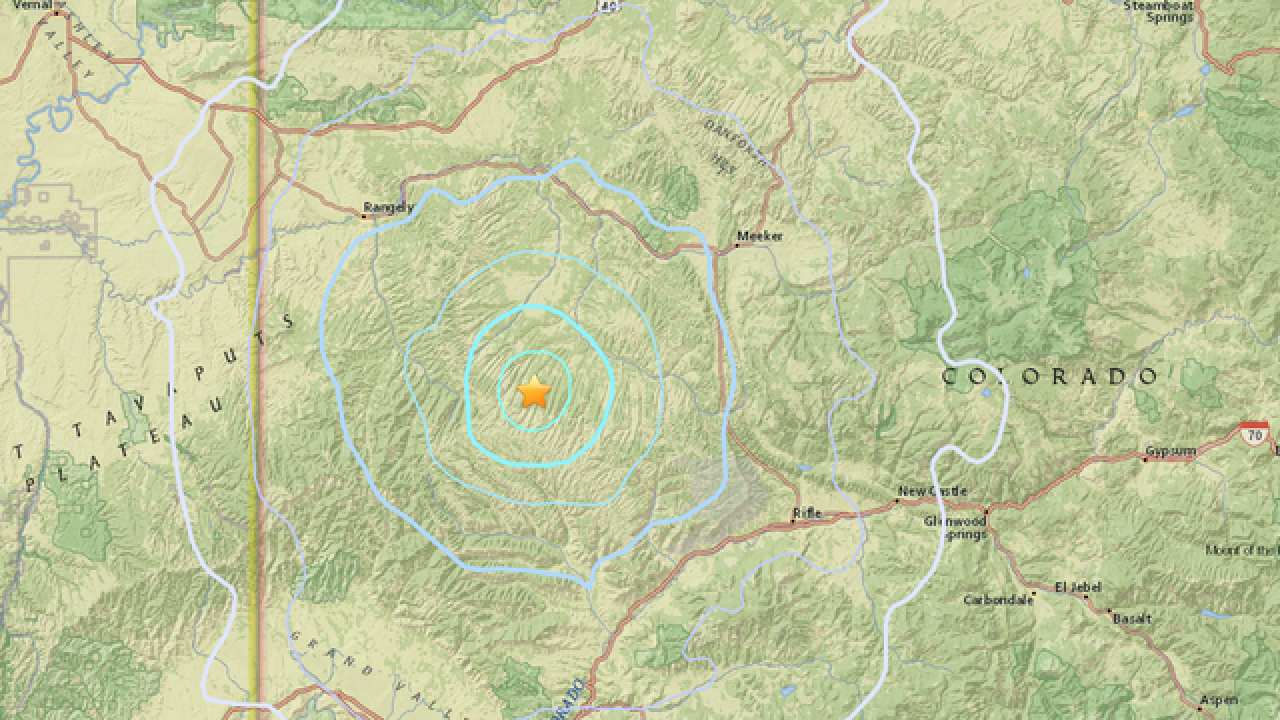 At 4:02 a.m. Friday, a 4.3-magnitude earthquake rumbled about 30 miles northwest of Parachute.

Robert Sanders, a geophysicist with the United States Geological Society out of Golden, said it was a relatively shallow quake. The epicenter is in a fairly remote unpopulated area, he said.

An aftershock that was even more shallow followed at 5:21 a.m. in the same area, Sanders confirmed.

The USGS has started to hear from local authorities of people feeling the earthquakes.

This isn't a rare occurrence, Sanders said, though the size of the earthquake was "slightly larger" than normal.

Those who felt the quake can file a report here .

According to the USGS, a 3.6-magnitude earthquake also occurred about 24 miles southwest of Trinidad, in the southern part of the state, around 6 a.m.