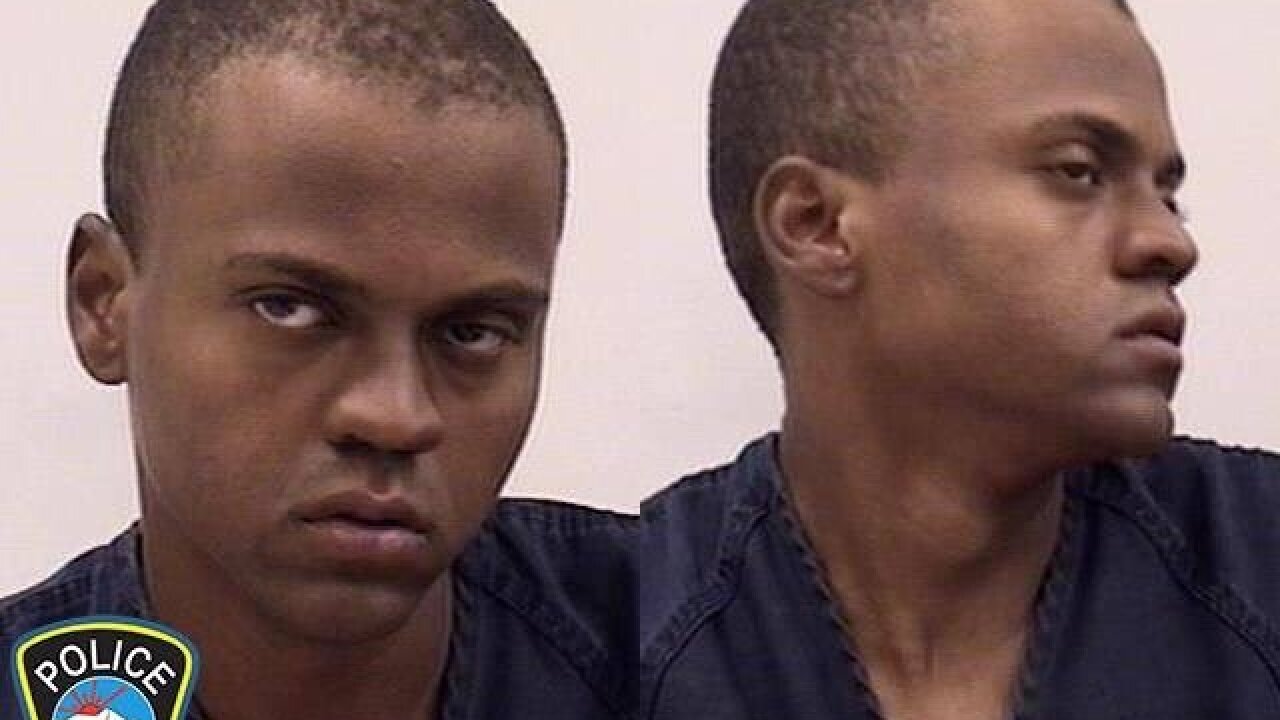 COLORADO SPRINGS, Colo. — A 22-year-old sexual offender was arrested after he allegedly assaulted an Uber driver.

Shortly before 4:30 a.m. Monday, officers with the Colorado Springs Police Department responded to a call for service from an Uber driver.

The driver, a 63-year-old woman, said she had responded to pick up a passenger in the 500 block of E. Dale Street and the person had assaulted her.

He also attempted to sexually assault her and struck and bit her several times, causing significant injuries, police said.

During the assault, the woman was able to exit the car and the suspect got in the driver’s seat and drove away.

The woman was taken to a local hospital and was treated for her injuries.

Scott was arrested the following day and was still in possession of the car.

He was booked into the El Paso County Criminal Justice Center and charged with attempted sexual assault, second-degree assault, robbery, aggravated motor vehicle theft and failure to register as a sex offender.

Scott was also charged on other unrelated misdemeanor warrants, including domestic violence charges out of Pueblo, as well as a non-extraditable warrant out of Alabama, which was related to his failure to register as a sex offender.