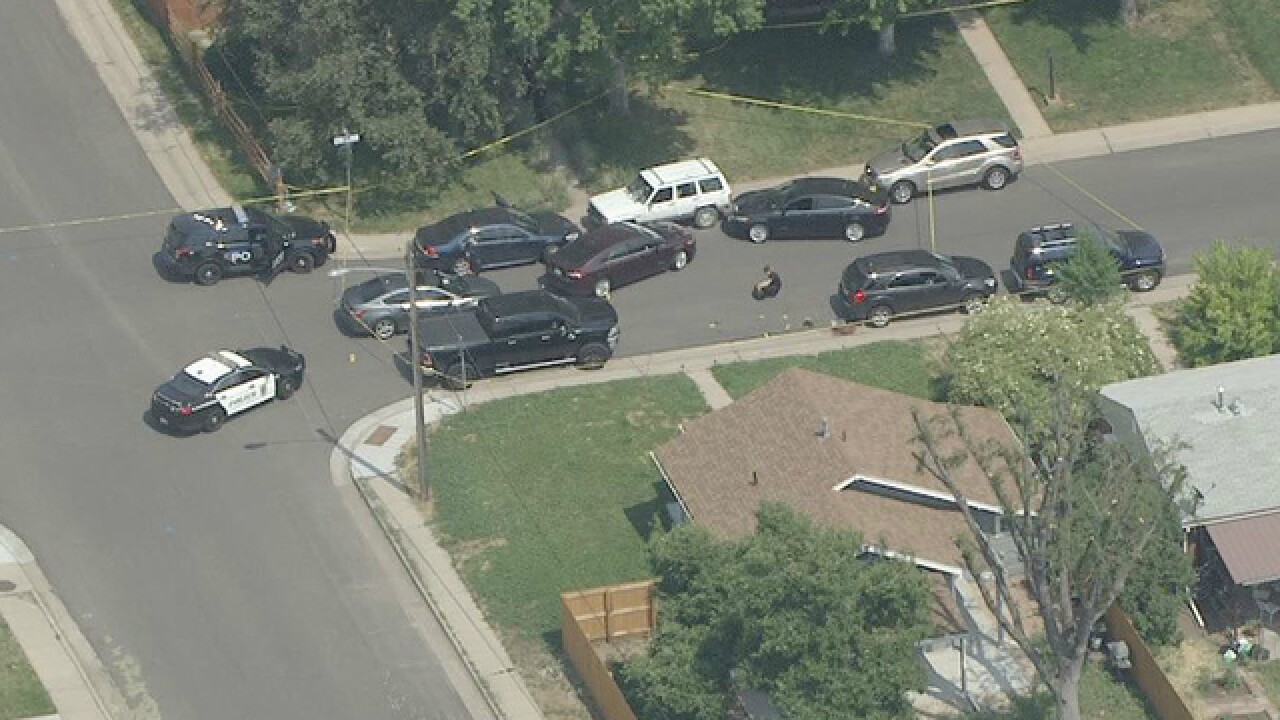 Golden detectives were involved in the shooting of a sex assault suspect, Tuesday afternoon.

According John Mackey, the Chief of Police for the Edgewater Police Department, Golden police have been monitoring a man wanted in a sexual assault case out of Jefferson County.

Police were notified on Monday night that the victim of the assault, who was placed into protective custody in Edgewater, had confirmed the suspect knew of her location.

Chief Mackey told Denver7 reporter, Russell Haythorn, the suspect in this case has a violent past.

Golden police monitored the suspect on Tuesday as he started to make his way toward the victim's area. Officers in unmarked cars stopped him using a P.I.T. maneuver at 22nd Avenue and Jay Street, Mackey said.

When the suspect was confronted, he opened fire at officers. Officers returned fire, hitting the suspect once in the face. Two officers were injured by glass shrapnel during the shooting, according to the chief.

One of the injured officers was treated at the scene for his injuries.

The suspect was conscious and transported to Denver Health.