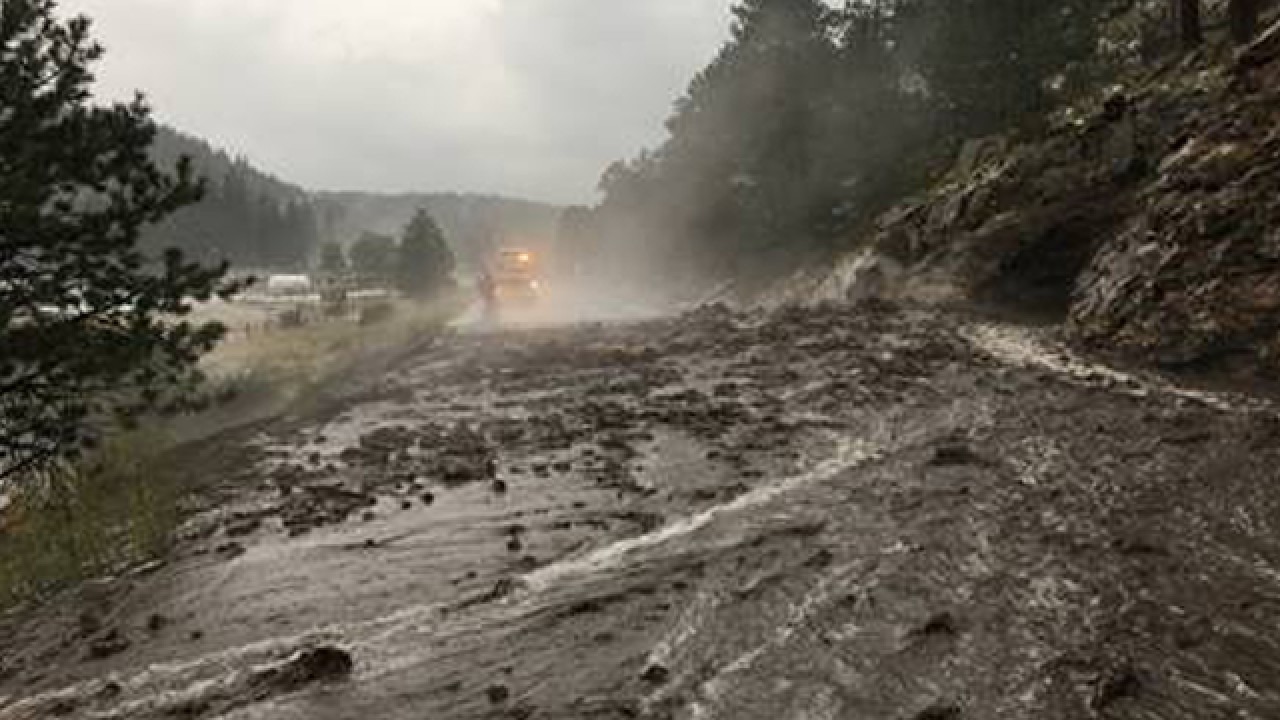 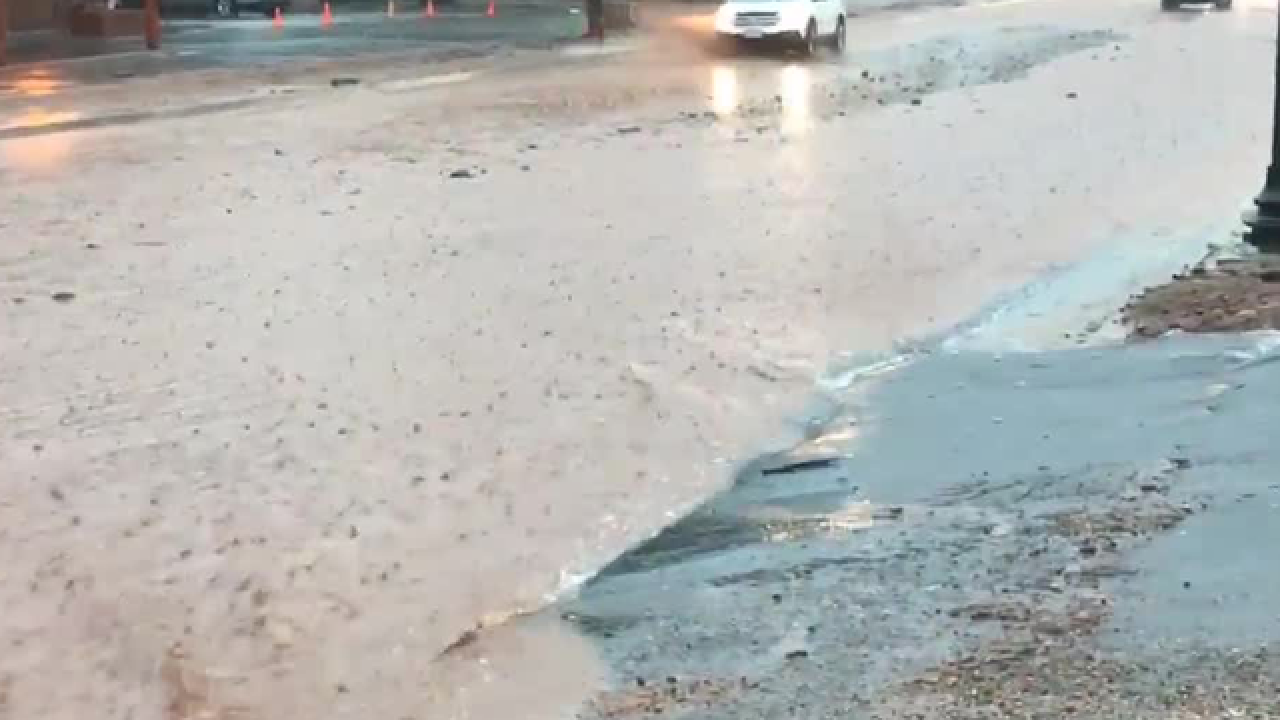 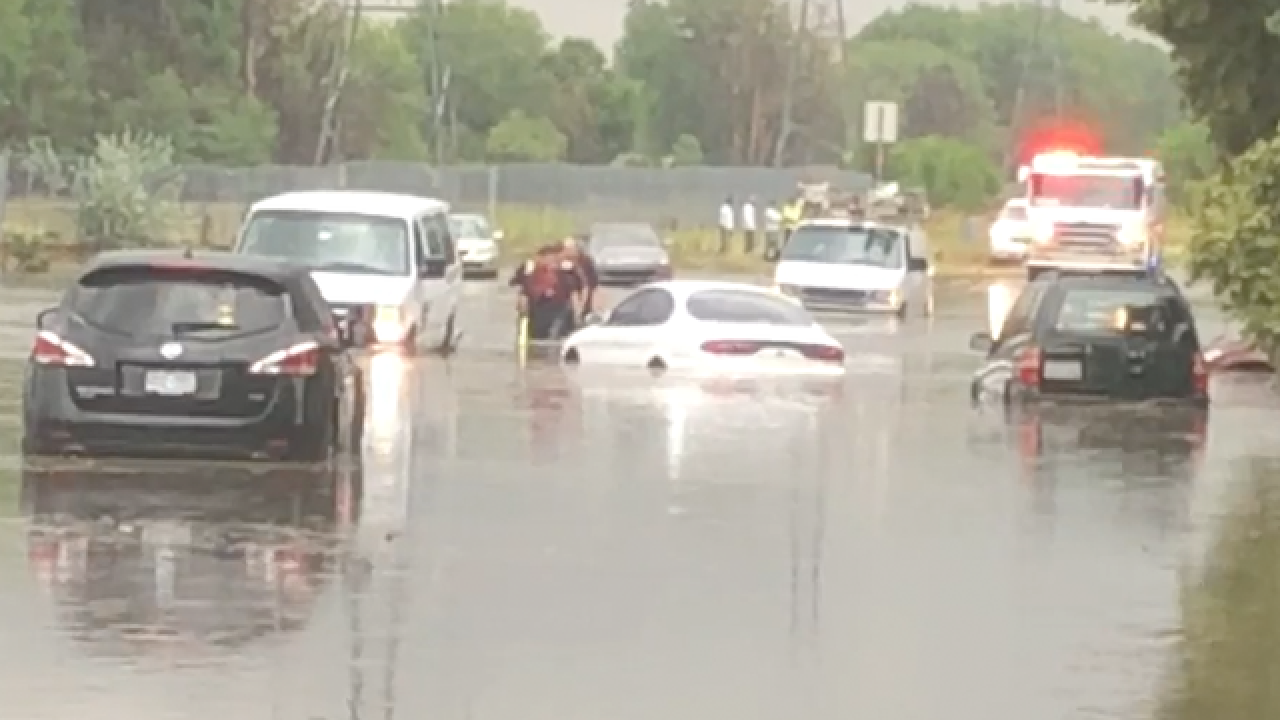 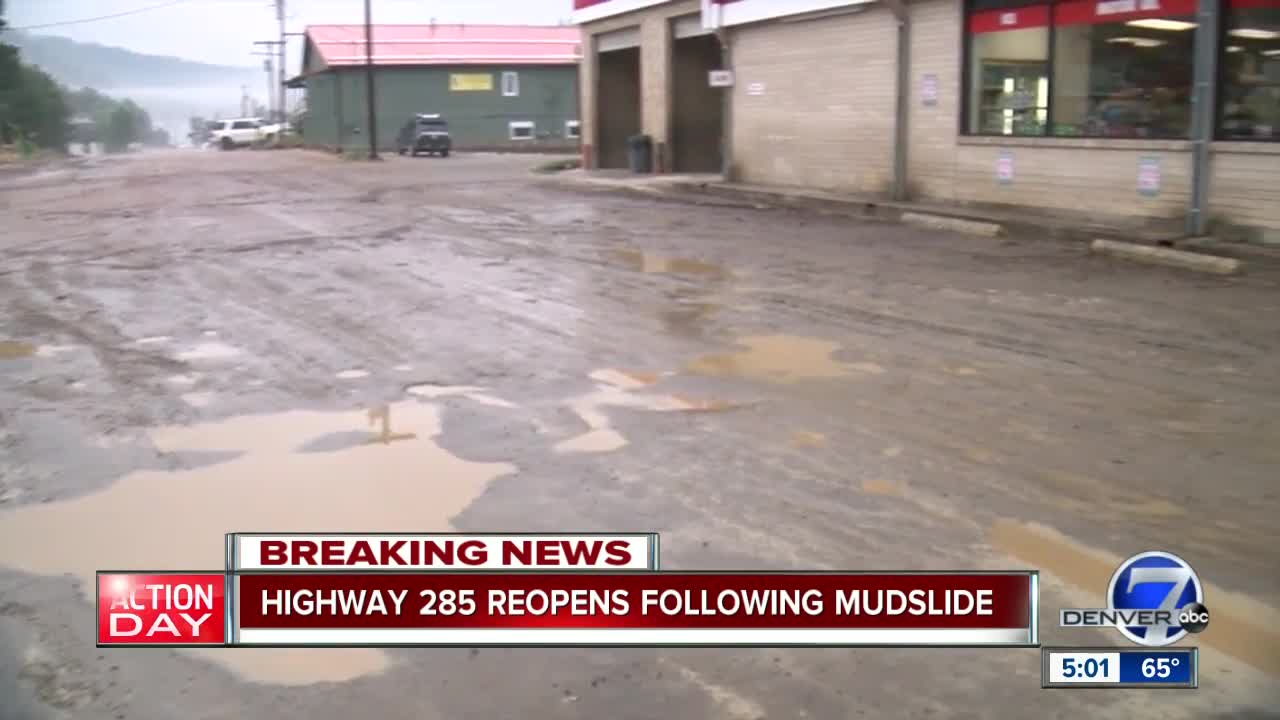 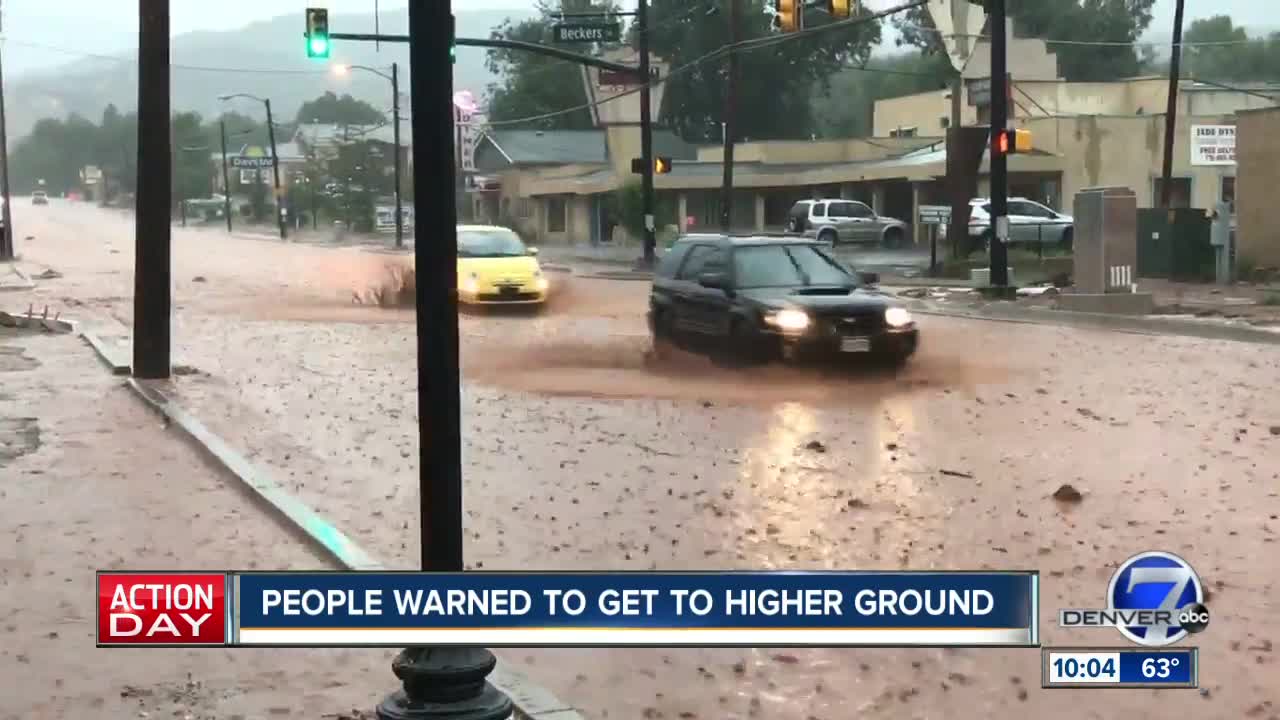 A mudslide shut down U.S. Highway 285 near Bailey around 2 p.m., but crews were able to clear the highway a couple of hours later.

Just as the Bailey mudslide was cleared, flooding shut down U.S. Highway 24 near Manitou Springs and prompted the evacuation of hundreds of homes and businesses. The Waldo burn scar has made the area more prone to flooding.

Dan Steever, the publisher of the Colorado Springs Gazette, drove down U.S. Highway 24 through Ute Pass and reported a debris field of rocks and trees about a quarter mile long. He says "you can't even tell you're on a highway," and Fountain Creek is overflowing its banks.

The weather also prompted officials at DIA to implement a full ground stop at the airport, meaning no flights were allowed in or out. But the stop was lifted around 5 p.m. The halt in airport traffic resulted in around 650 delays and 50 cancellations, according to DIA.

Thunderstorm activity will diminish across the state by midnight, with only a few storms lingering on the far eastern plains Tuesday morning.

Here is real-time information on the severe weather outbreak:

6:12 p.m.: Aurora police are urging motorists to avoid driving through flooded streets and intersections and several drivers had to be rescued Monday.

#PSA: If ask yourself, “I wonder if my car will make it through that large body of water?”—DON’T DRIVE THROUGH IT! We’re rescuing motorists out there who asked themselves the same question. Please drive safely! @AuroraFireDpt #SaferAurora pic.twitter.com/glVnVXhBm4

6:01 p.m.: Stranded motorists on East 56th Avenue near the Peoria Street intersection had to be rescued after heavy rain caused the intersection to flood.

5:47 p.m.: Rescue crews are on scene of severe flooding near the intersection of East Arapahoe Road and South Gartell Road in Aurora.

5:20 p.m.: DIA has lifted a full ground stop at the airport. Weather had prompted officials to implement the stop around 4 p.m.

5:13 p.m.: Manitou Springs town officials tweeted that residents should evacuate to higher ground. An evacuation center has been set up at the Community Congregational Church, 103 Pawnee Ave.

All residents are advised to evacuate to higher ground. An evacuation center has been opened at the Community Congregational Church at 103 Pawnee Ave (near the elementary school)

5:00 p.m.: The mudslide that shut down Hwy 285 near Bailey Monday has been cleared, but the cleanup continues. The slide caused a muddy mess for residents and businesses in Bailey.

It's a muddy mess in Bailey! A mudslide shutdown HWY 285 this afternoon and everyone here is still cleaning up. pic.twitter.com/J6EpDCt58Y

US 24: Full closure between Mountain Glen Ct and 3rd St (near Woodland Park). flooding and slides in area

4:51 p.m.: Heavy rain is causing flooding in the Waldo burn scar near Manitou Springs. Evacuations are in place for residents in low-lying areas.

4:39 p.m.: A flash flood warning is in effect for Colorado Springs, Woodland Park, and Manitou Springs until 7 p.m.

4:36 p.m.: El Paso County officials have activated flood sirens near Manitou Springs to evacuate low-lying areas after flooding along the west Hwy 24 corridor in the area.

#Breaking - The @ElPaso_OEM has activated it's ECC to support the severe weather in El Paso County. Right now there is flash flooding along the west Hwy 24 corridor and Manitou Springs has activated flood sirens to evacuate low-lying areas. #cowx

4:24 p.m.: Denver International Airport is at a full ground stop due to severe weather conditions. A full ground stop means flights will not be allowed in or out of the airport at this time. Airport officials implemented the full stop at 3:50 p.m. There is no word on when it will be lifted.

H285 is open. Thank you CDOT for the quick response and clean up. Photo is during the clean up. pic.twitter.com/nicmjAFXIP

3:34 p.m.: The closure on Highway 285 due to the mudslide is just south of Bailey, located at mile marker 221. The mudslide happened around 2 p.m. A CDOT spokesperson said a maintenance team told her the slide was "relatively small."

2:34 p.m.: Highway 285 is closed south of Bailey due to a mudslide. Thunderstorms with heavy rain and hail are expected through the afternoon.