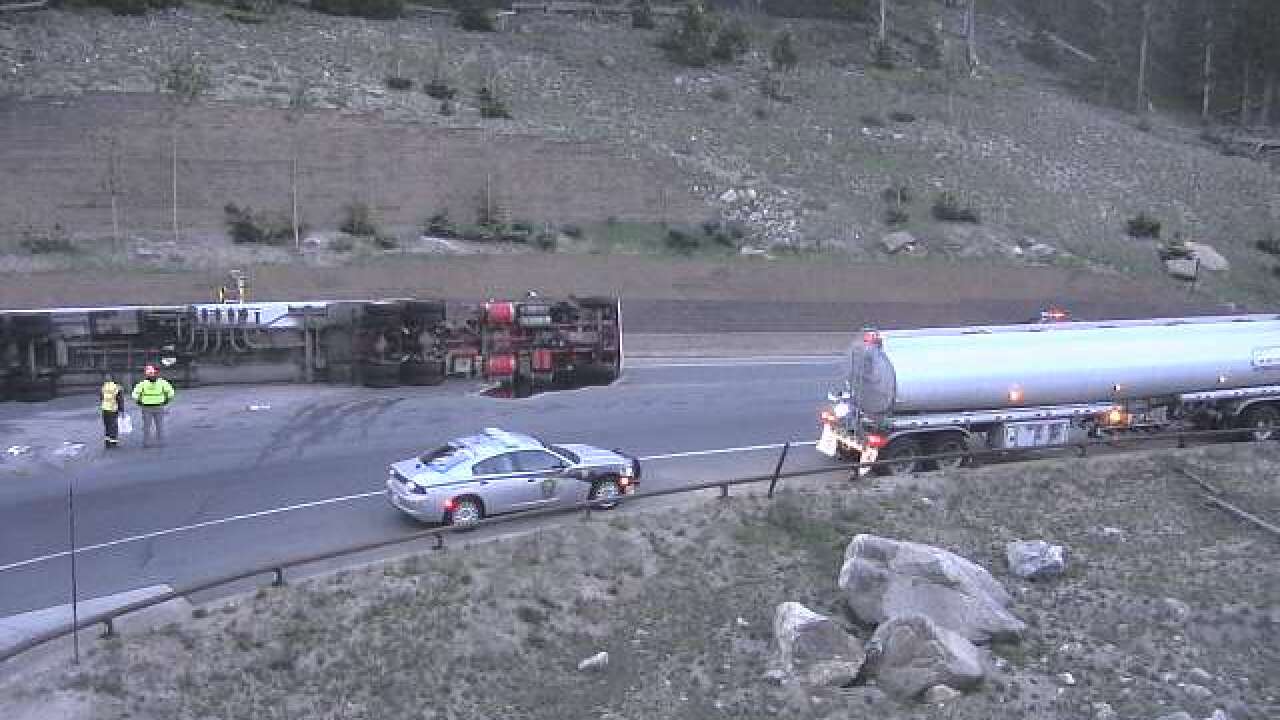 The eastbound lanes of Highway 40 are closed near milemarker 244 by Berthoud Pass, just west of Empire, after a semi tanker rolled on its side.

Colorado State Patrol said the crash occurred around 4:15 a.m. The driver was transported to a hospital with minor injuries. No other vehicles were involved.

There was a small leak coming from the tank, which CSP said is likely diesel or gasoline.

CSP didn't name a cause for the crash.