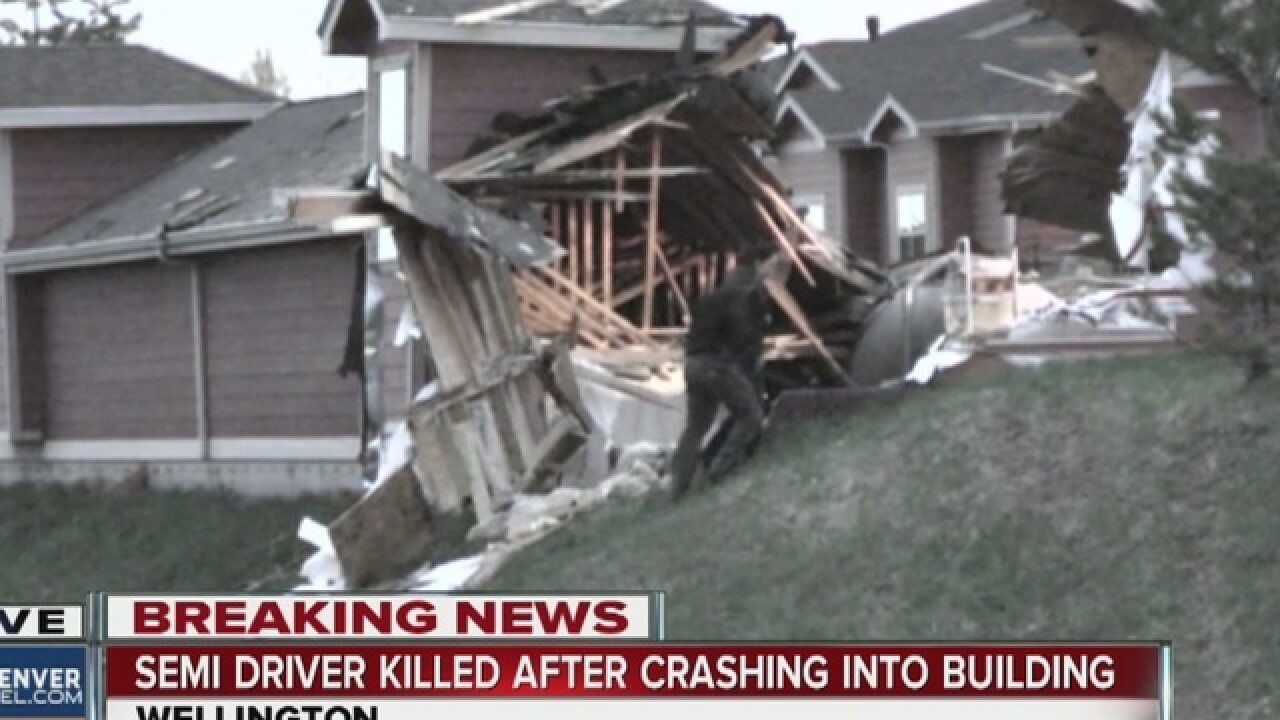 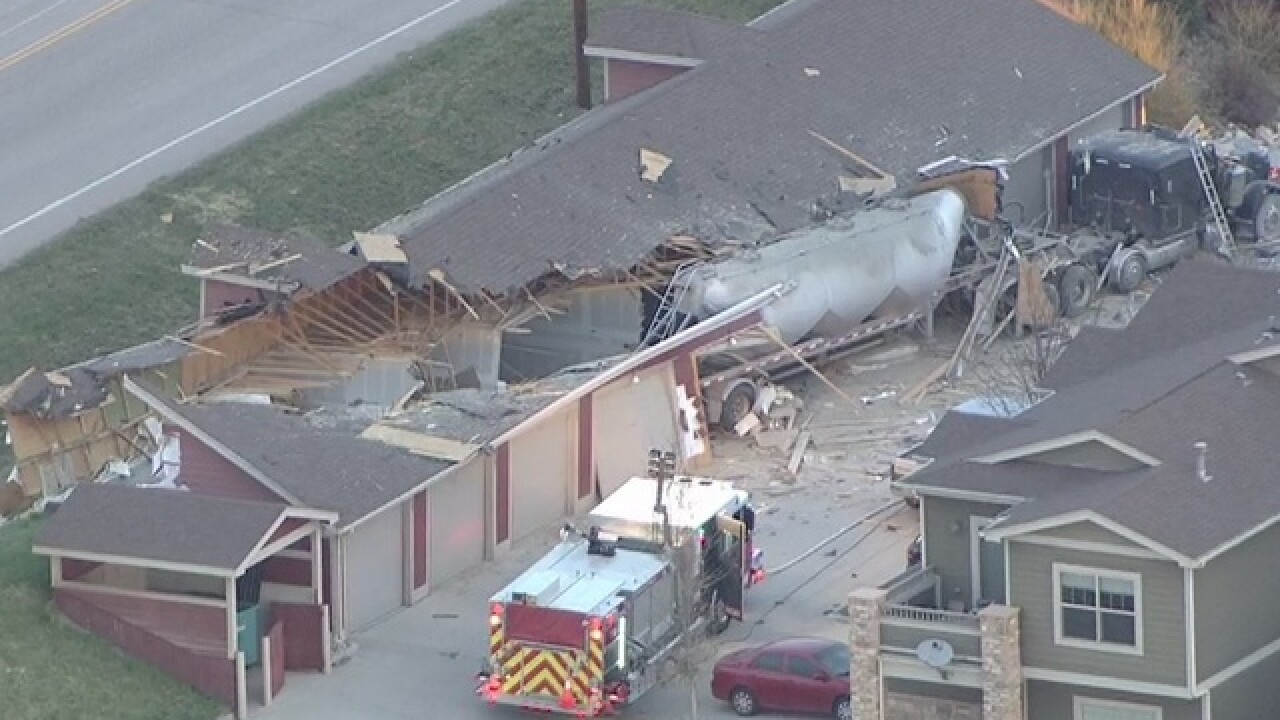 A semi truck driver died after crashing into a building in Wellington early Thursday morning. Wellington is north of Fort Collins on Interstate 25.

It happened around 4:10 a.m. at Northeast Frontage Road and East County Road 60.

The semi crashed through a detached garage outside the Wellington Village apartment complex.

Severe damage to the cab of the Peterbuilt truck. #Denver7 pic.twitter.com/jfetAL73EL

The Larimer County Sheriff's Office said if the garage wasn't there, the semi would have crashed right into the condos. Fortunately, no one else was hurt.

Those who live in the complex said they've been concerned about this happening before.

"I’ve often thought of this happening quite a bit, I’ve gone through this scenario in my head before, kind of odd how I woke up right before it happened," said Chris Alcala, who heard the crash.

Dozens of people who live in the area dropped by to see the scene of the accident. One of them was Roy Hansen, who owns Northern Colorado Truck Driving Academy. Hansen said he has 40 years of driving experience and 20 years as an instructor and crash investigator and says he'll use this crash to help teach his current students.

"You gotta [sic] be in good physical condition no matter what, driving these trucks is not like driving a car. They think, ‘oh it’s no big deal,’ -- it is a big deal and one little mistake like this can kill hundreds of people,” said Hansen.

The driver who was killed was Donald Butterfield, 51, of South Dakota.

"We're being told a dog was in the cab with the driver and did survive the crash," Denver7 Photojournalist Daryl Orr reported.

A cause of the crash hasn't yet been determined.