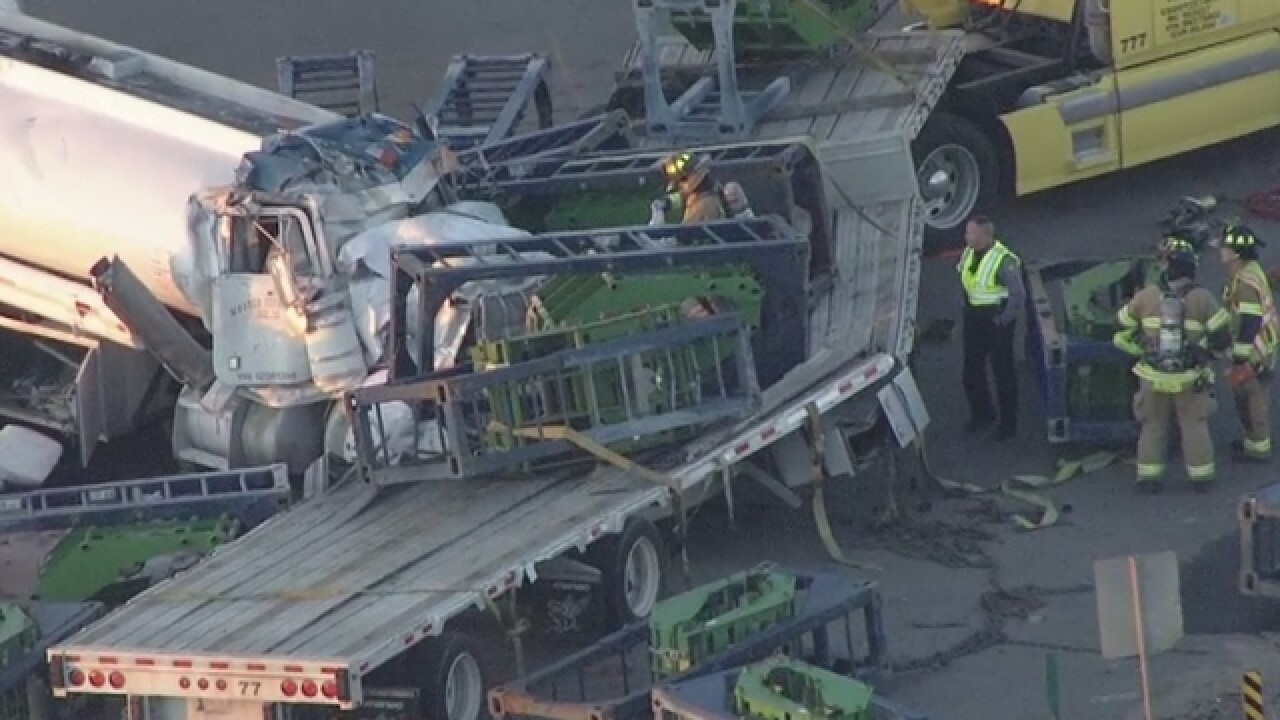 A deadly semi crash has northbound Highway 85 closed north of Brighton. The crash caused huge backups and delays in both directions during the morning commute.

A semi truck and a fuel tanker collided at about 4:30 a.m., crushing the cab of the tanker truck and killing the driver.

The tanker spilled about 1,500 gallons of diesel fuel, which ended up on the highway and in a ditch nearby, according to Chief Phil Tiffany with the Ft. Lupton Fire Department.

Crews were waiting for an environmental team to arrive to clean up the fuel spill before they clear the crash from the roadway.

Investigators are still working to determine what caused the crash.

The semi was hauling pieces of metal industrial equipment, which were knocked loose and blocked the roadway.

The driver of that semi was transported to the hospital but there was no information available about the driver's injuries.

When we spoke to Chief Tiffany at about 8 a.m., he said he expected the lanes to remain closed for several more hours.