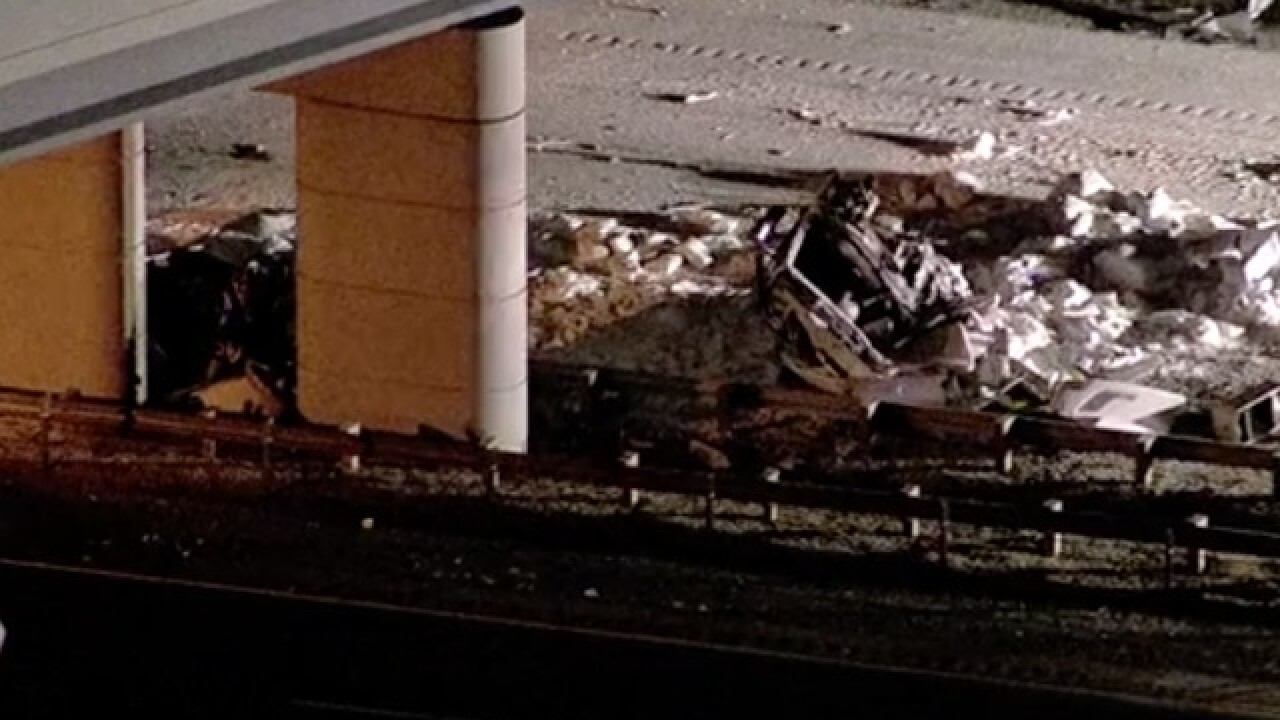 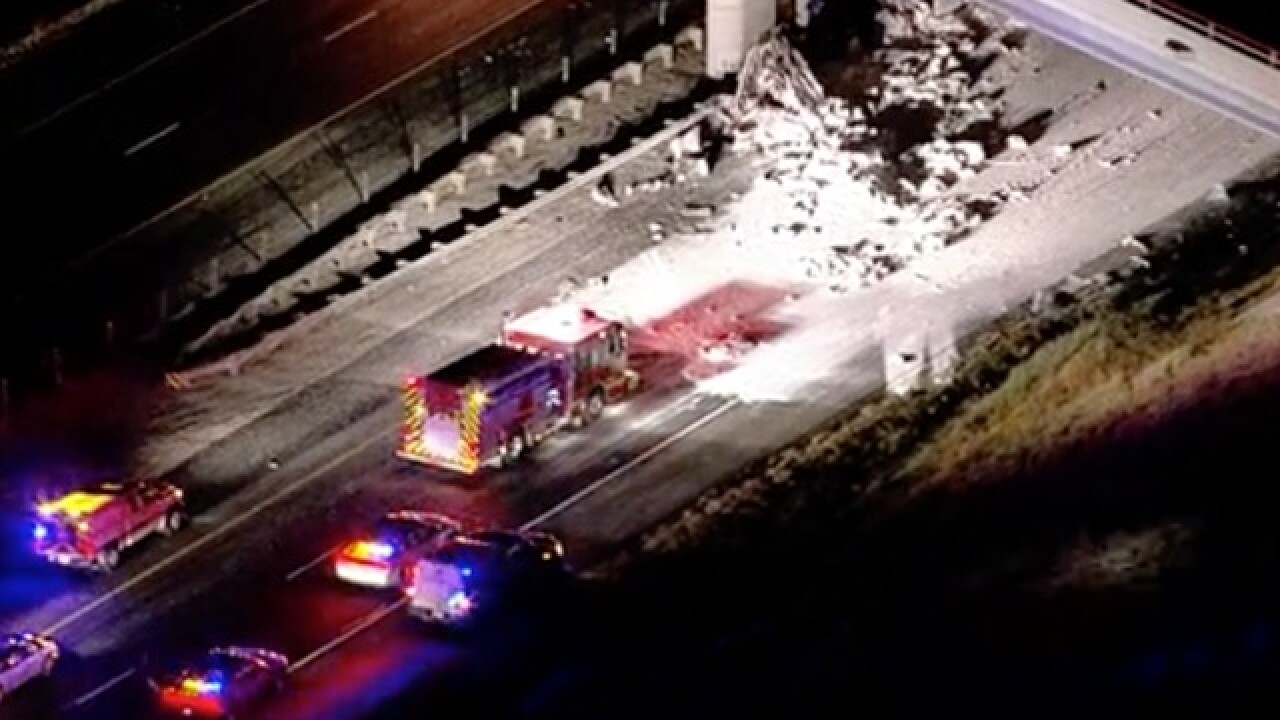 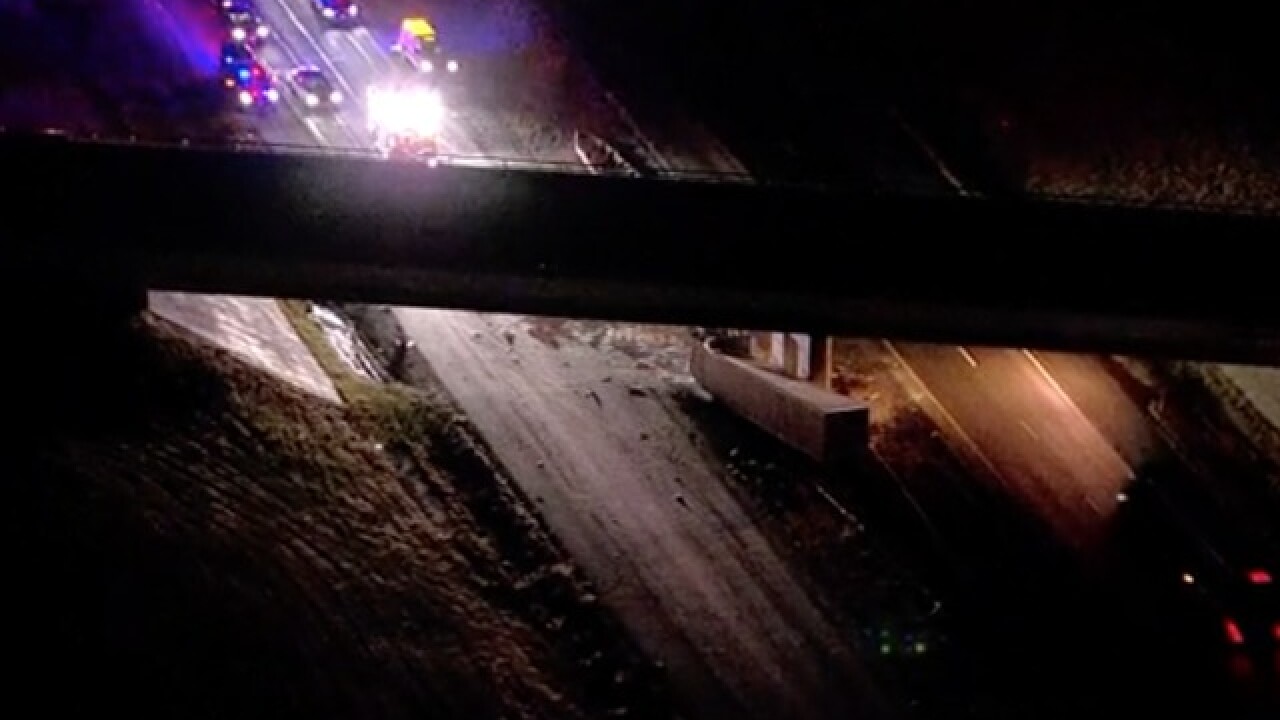 ADAMS COUNTY, Colo. — The southbound lanes of E-470 are closed after a semi crashed into a bridge Wednesday morning.

Trooper Josh Lewis with Colorado State Patrol said the truck hit the bridge at E. 64th Avenue around 3 a.m. It spilled drywall onto the tollway and damaged the bridge.

Lewis said two people were transported to the hospital, but the extent of their injuries is unknown.

It is unclear when the road would reopen.

Traffic is being rerouted.

NASTY semi crash with debris at SB E-470 and 64th Ave. Traffic is being allowed around in on the 64th exit ramp but it's going to cause major delays in the area. Check with @Denver7Traffic for alternate routes and updates. @DenverChannel pic.twitter.com/46RfCiQnEV

A crash occurred shortly before 8 a.m. in the northbound lanes of 470, which caused a short closure before authorities cleared the road and reopened the lanes.