The driver was not injured 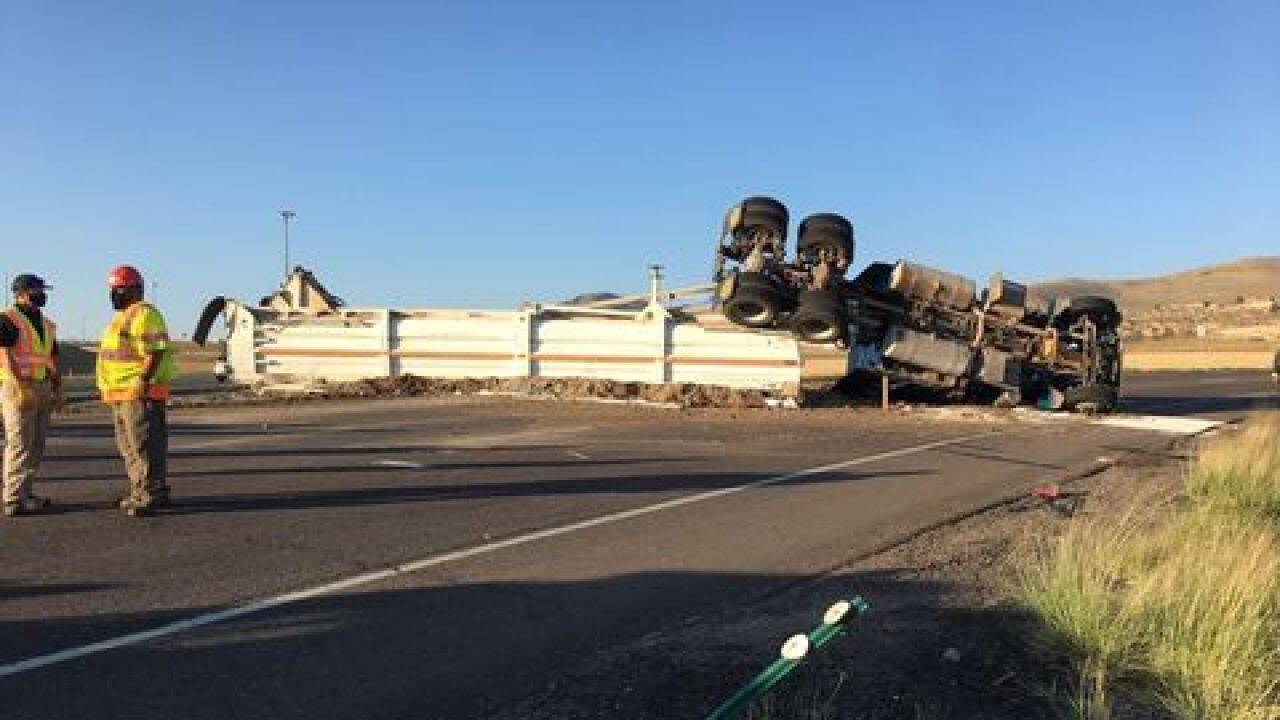 GOLDEN, Colo. — A semi driver wasn't hurt after the tractor trailer blew a tire and crashed along a ramp Thursday morning, but Golden Fire Rescue quickly encountered a new, unpleasant problem: The trailer had been carrying 40,000 pounds of chicken manure.

On Thursday morning, a semi rolled over on the ramp from eastbound I-70 to eastbound C-470 after reportedly blowing a tire, according to Golden authorities.

After determining that the driver was OK and no other vehicles were involved, authorities had to turn their attention to the problem of fertilizer — 40,000 pounds of chicken manure — spilled onto the road.

Golden Fire Rescue said the exit ramp will remain closed for the next few hours until the truck can be towed away.

As an alternative route, drivers can continue on I-70 to the Morrison exit and turn around there to access eastbound C-470. Click here for Denver7's live traffic radar.