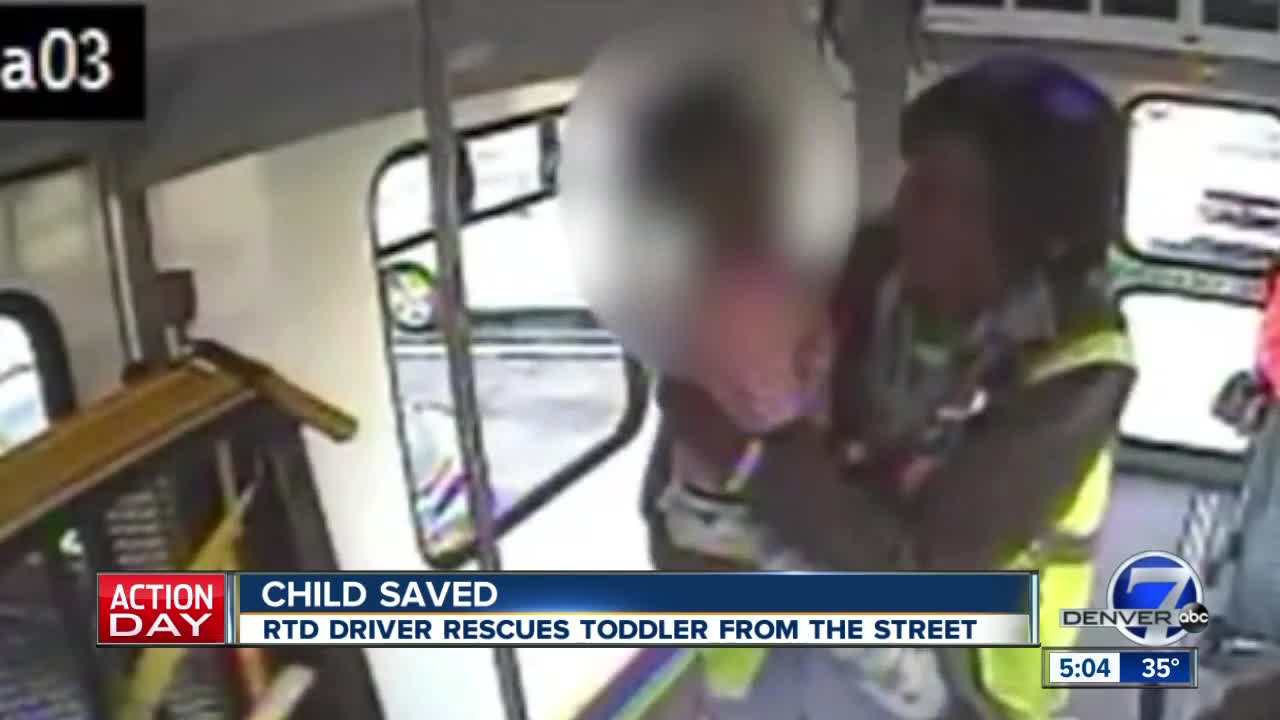 Denver7 talked with a RTD driver who rescued a toddler from the middle of Parker Road on Saturday. 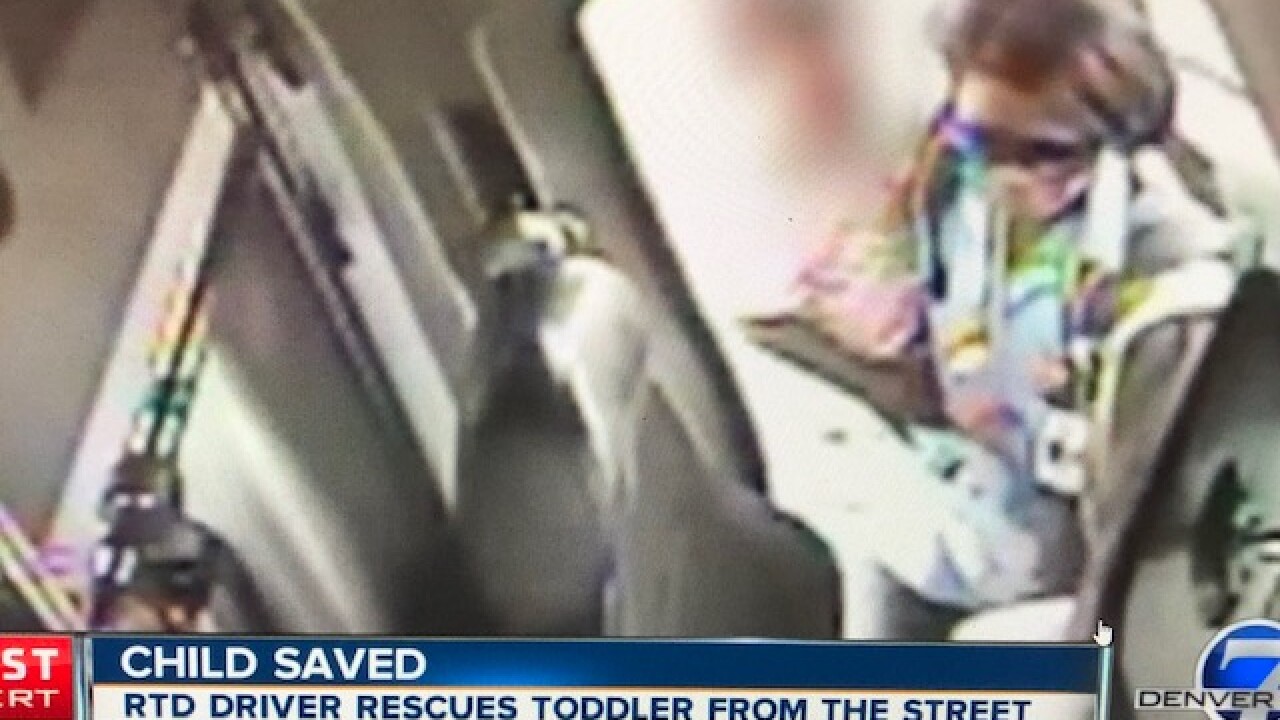 DENVER -- Dramatic onboard video shows the moment a contract bus driver for RTD's Access-A-Ride service spotted a toddler in the middle of busy S. Parker Road in Denver.

"Oh my God, somebody's baby is in the street," Rashida Way-Smith yelled from the driver's seat.

Way-Smith immediately stopped the bus, jumped out, picked up the child brought him aboard and strapped him into a seat.

She told Denver7 she was on S. Parker Road, near Peoria, when two cars in front of her suddenly swerved into another lane.

"As I slowed my vehicle down, I noticed a little baby right in the middle of the street," she said.

Way-Smith said the baby didn't have shoes or socks and was wearing a soiled diaper.

She pulled into a nearby parking lot on the 3200 block of S. Parker Road and contacted RTD dispatch, which sent a security officer to meet her.

'You saved that baby's life'

One of Way-Smith's passengers lauded her action.

"You saved that baby's life," the passenger said in the video.

When the dispatcher asked how old the child was, Way-Smith replied, "I'd say 2 or 3 at the oldest."

"Does the child look injured at all? And what's the race of the child?" the dispatcher asked.

Initially, the driver thought the toddler was a girl. Turns out, it was a boy.

The contract bus driver was still shaken Tuesday, while talking about the Saturday incident.

"I feel like if I wasn’t there at that moment, (he) definitely could’ve gotten ran over," she said.

A neighbor who learned about the rescue said Way-Smith is a miracle.

"God bless you," the neighbor said. "You saved a kid's life."

When asked if she had any advice for other drivers, Way-Smith, who has worked for MV Transportation for three years, said, "be safe, pay attention on the roads, and pay attention in your personal life. You never know who you may need to help."

After investigating the incident, Denver police turned the case over to the District Attorney's office, which decided not to file any charges.

A spokesman said the case has been referred to the Department of Human Services.