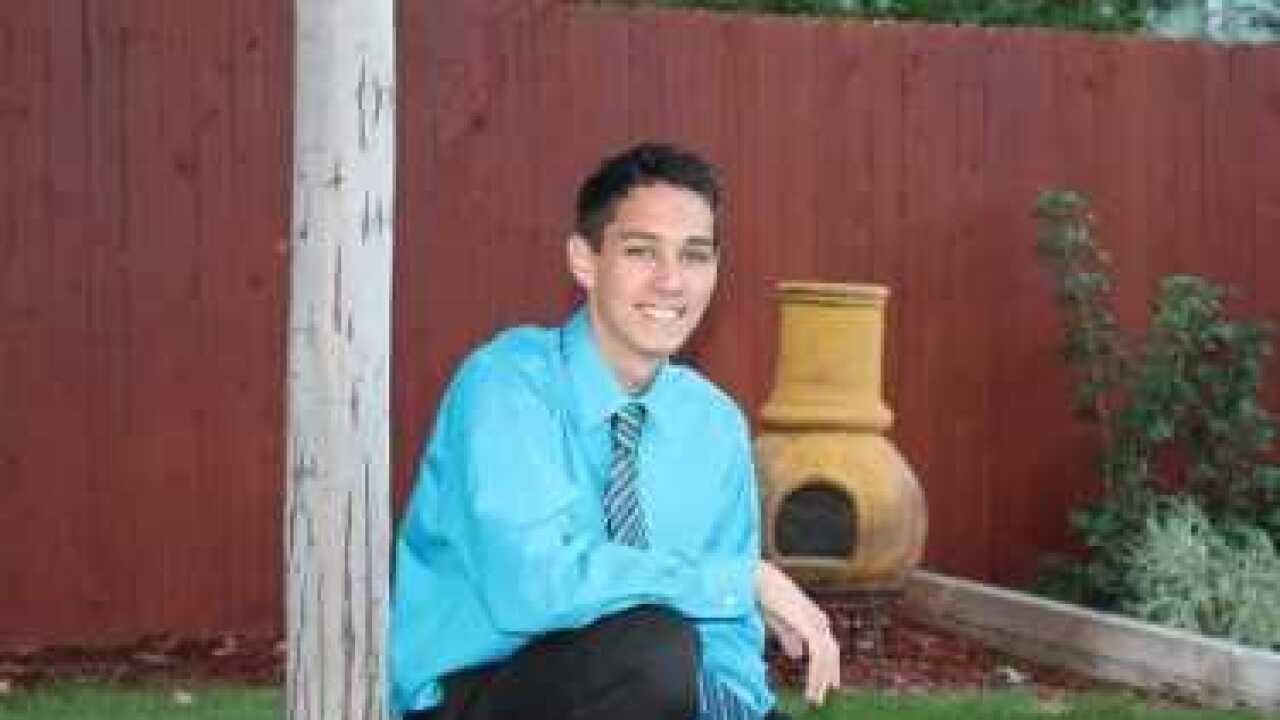 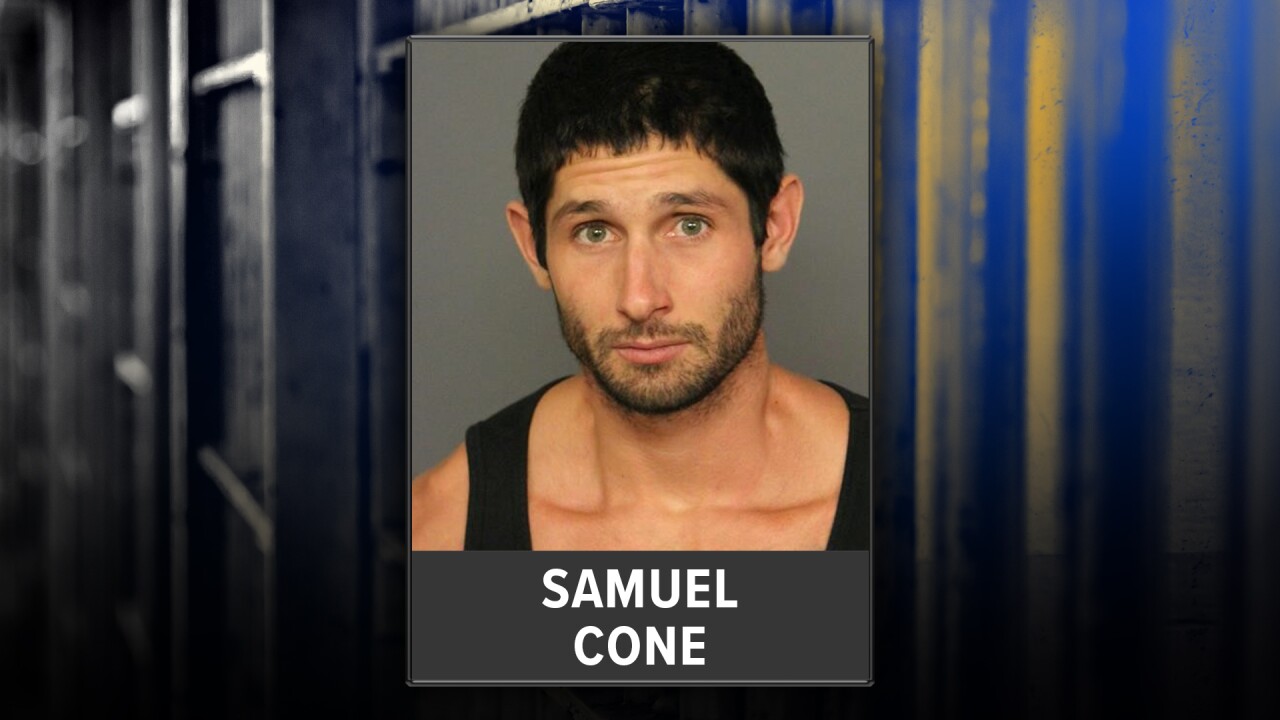 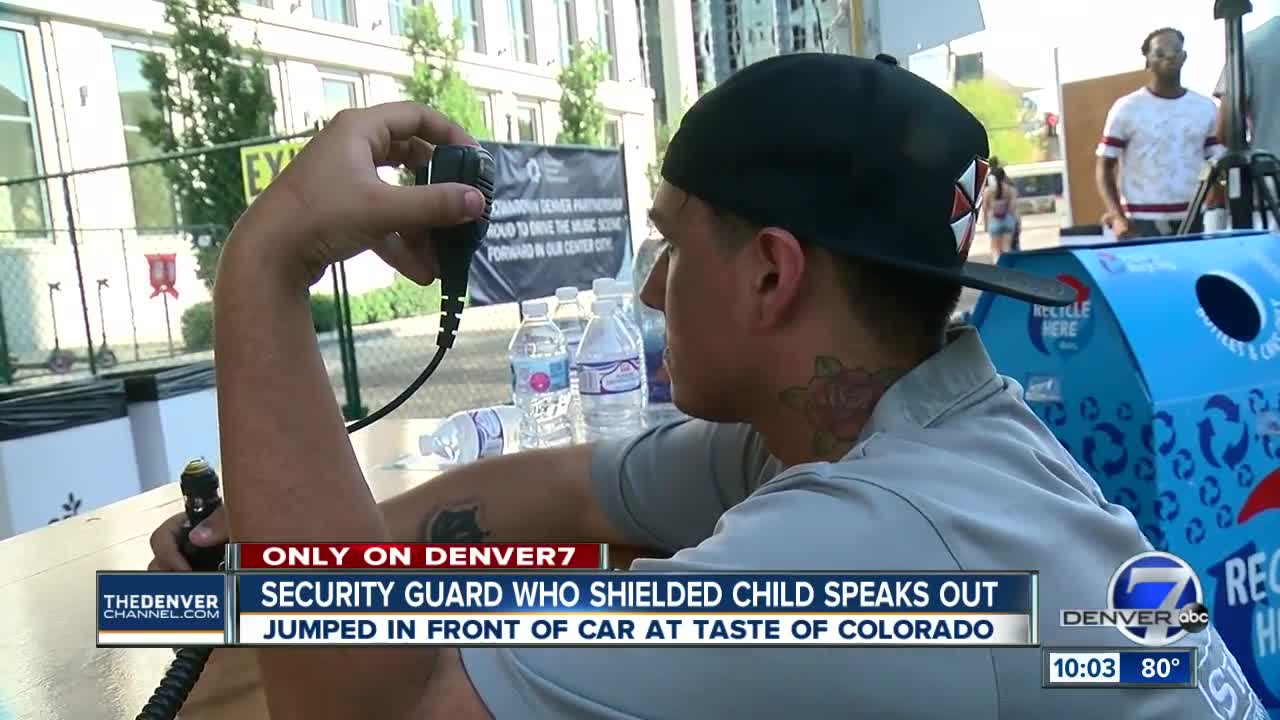 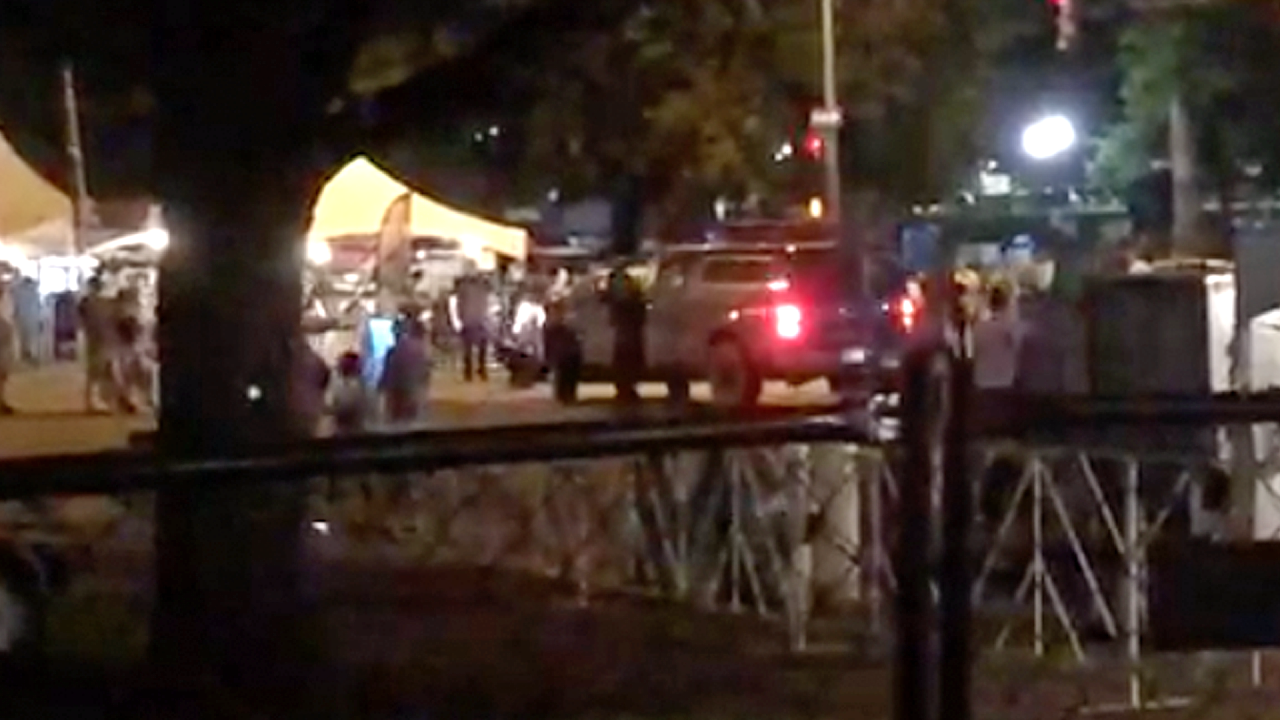 DENVER — Justin Ward said he did what any other person would have done.

He was working as a security guard at the Taste of Colorado festival Sunday evening when he heard a crash through a barricaded area. When he looked over, he saw the headlights of a SUV barreling toward him and a young child, he said.

“I turned and let the vehicle hit me so that way the kid wouldn’t get hit,” Ward said.

The child was not injured.

After he was hit, Ward was able to get up and chase the car, he said.

He was struck around 14th Avenue and Broadway and said about a block away, he was able to jump through the driver’s window and change the gears to stop the vehicle.

“I pulled (the driver) out of the vehicle and we got him down to the ground until police showed up,” Ward said.

Jose Marrero, a chef at the event, had been cooking turkey legs a few feet away, and saw the whole incident unfold.

"If it wasn't for that one guy, (the driver) would have still ran over some people," he said. "I think it was very heroic. I think it was decent thing for him to do."

Police arrested the driver, who has been identified as Samuel Cone, 27, of Lakewood. Cone faces DUI and reckless driving charges. According to a probable cause statement, Cone had watery eyes, seemed unbalanced and was mumbling his speech. His breath had a "slight odor of an unknown alcoholic beverage," the statement read.

Ward said he's still sore, but he's glad he was in the right place at the right time.

"I'm not going to sit here and pretend that I was brave," he said. "I just did what anyone should have done, but I was shaking the whole time. It wasn't easy."

Ward said his left side hurt after the incident, but he didn’t go to the hospital because he didn’t think he could afford the bills. He also lost his wallet chasing the car. If you find it, contact the Denver Police Department.