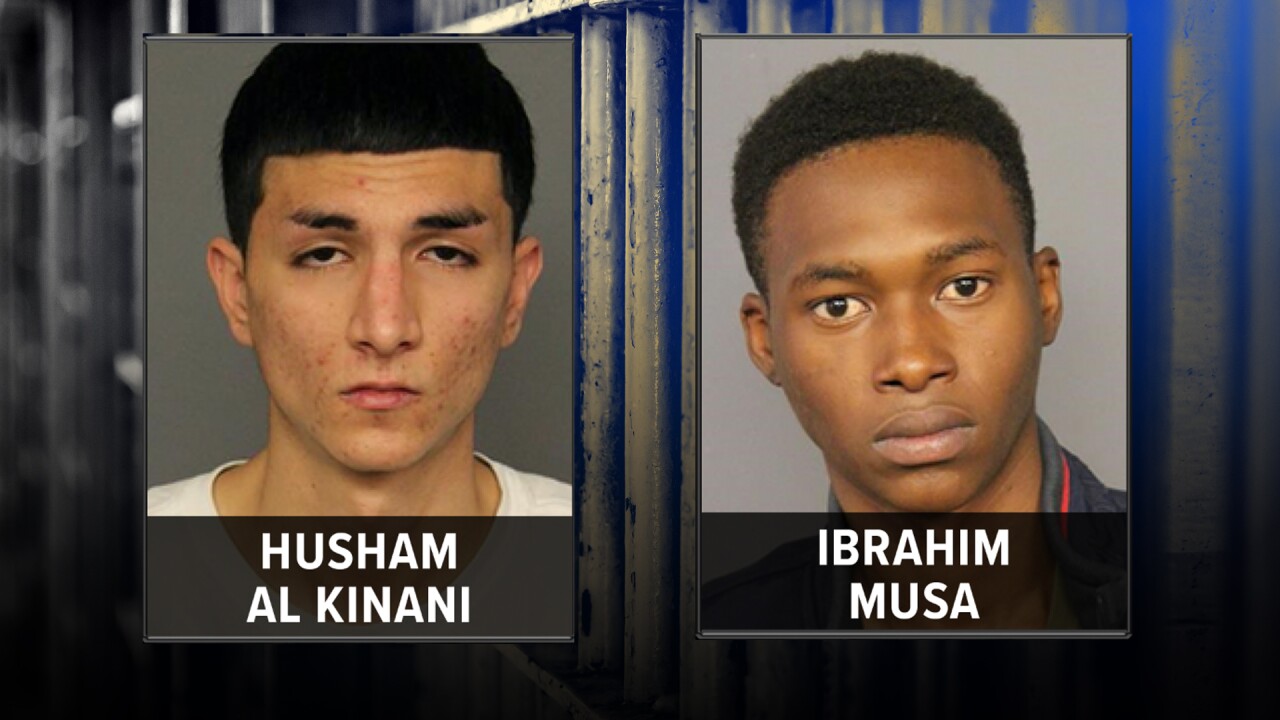 DENVER — After seven hours of deliberating, a Denver jury found a man accused of a robbery and murder from October 2018 guilty of the crime.

On Tuesday, Husham Al Kinani, 20, was found guilty of first-degree murder, six counts of aggravated robbery, criminal attempt to commit aggravated robbery and identity theft. He will be sentenced on April 10, according to the Denver District Attorney's Office.

The other man involved in the crime, 22-year-old Ibrahim Amir Musa, pleaded guilty on Nov. 22, 2019 to second-degree murder and aggravated robbery. He was sentenced on Feb. 22 to 40 years for the murder, plus three years of parole, and 32 years for the aggravated robbery, plus five years of parole. The sentences will run concurrently. He agreed to cooperate in the prosecution of Al Kinani, according to the district attorney's office.

The crime occurred on Oct. 18, 2018 along the 100 block of N. Bannock Street. Thomas Steen, 25, was killed during an aggravated robbery, according to the district attorney's office. Police said Al Kinani, who was 18 at the time, and Musa, who was 20, had robbed two other people as well. They were arrested and formally charged in November 2018.