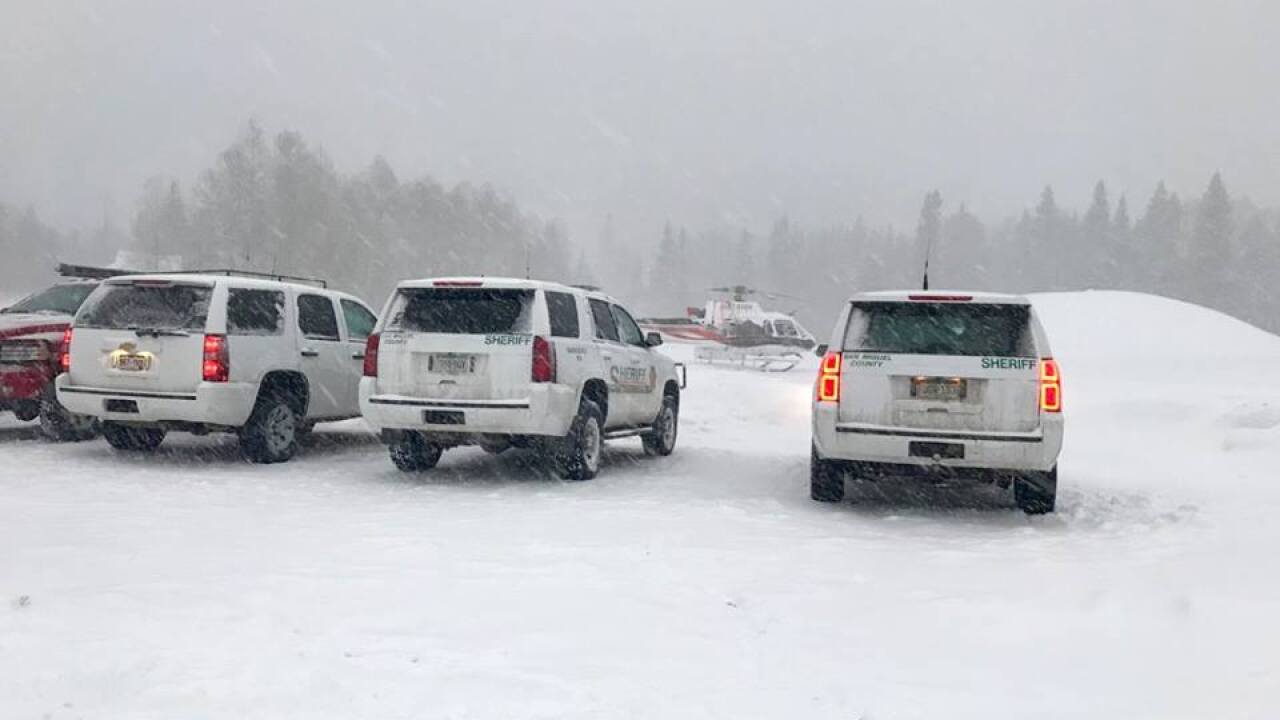 SAN MIGUEL COUNTY, Colo. — Search and rescue crews have recovered the body of a backcountry skier who went missing near Telluride.

Deputies with San Miguel County Sheriff’s Office, search and rescue personnel and Telluride Helitrax launched a ground and air search Sunday evening for an unidentified overdue skier in the Matterhorn area, south of Telluride. The sheriff's office confirmed there had been avalanche activity in the area.

They resumed the search Monday morning with extra search and rescue members and avalanche dogs, and announced several hours later that they had recovered the man's body shortly before 2 p.m.

The Telluride avalanche dogs alerted to an area on the west side of Yellow Mountain, where rescuers were able to find the man's body under a slide that was estimated to be 100 by 800 feet in size.

Search and Rescue recovered the body of the missing backcountry skier at a little before 2pm today. The local man apparently perished in a massive avalanche yesterday. #matterhornskier pic.twitter.com/KnZbRrNYOJ

Matterhorn and Priest Lake were closed to all backcountry and cross country skiers and the public for avalanche mitigation and search operations.

This is the second avalanche death in less than two weeks in the Telluride area and officials continued to plead with people not to go into the backcountry unless they are extremely prepared and use caution.

"We are all deeply saddened to lose another husband, father and beloved member of our community in such a tragic event," San Miguel County Sheriff Bill Masters said.