Eight people, including 6 students, injured in Brighton school bus rollover, all expected to be OK 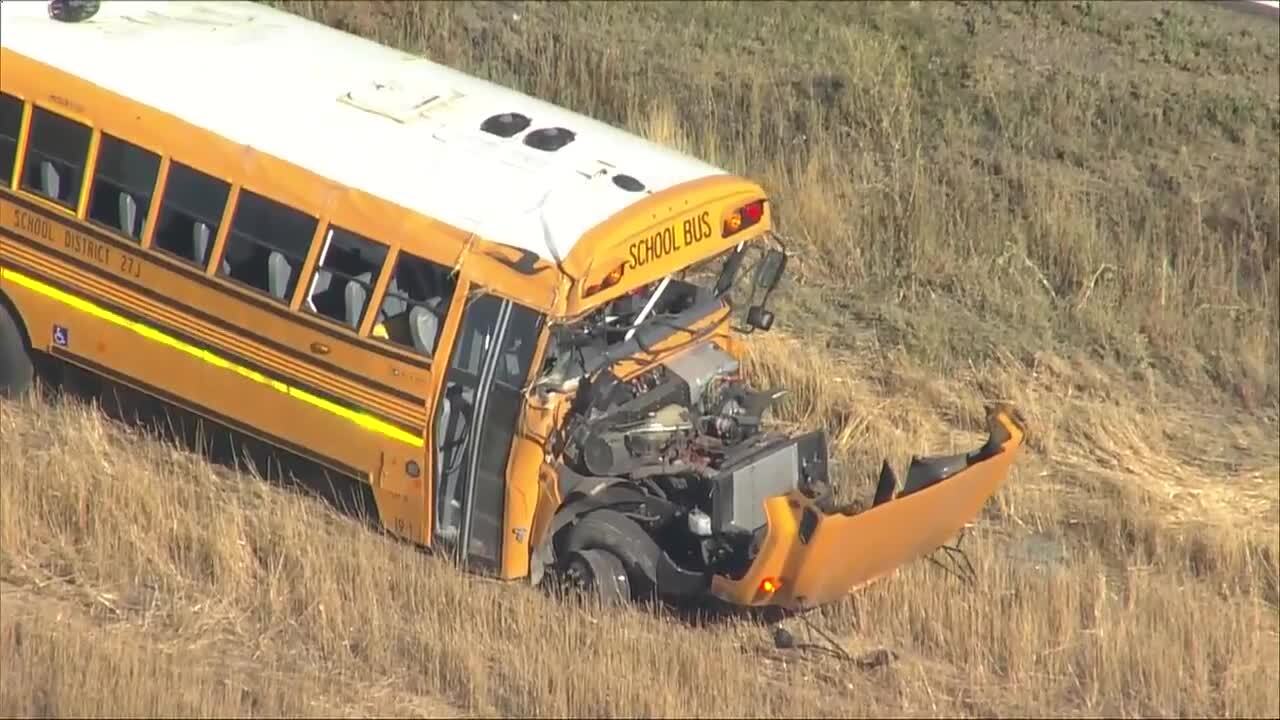 Copyright 2019 Scripps Media, Inc. All rights reserved. This material may not be published, broadcast, rewritten, or redistributed.
Denver7
Eight people were sent to area hospitals, including six children, after a 27J Schools bus rolled over near 136th Ave. and Sable Blvd. just before 9 a.m. Wednesday. 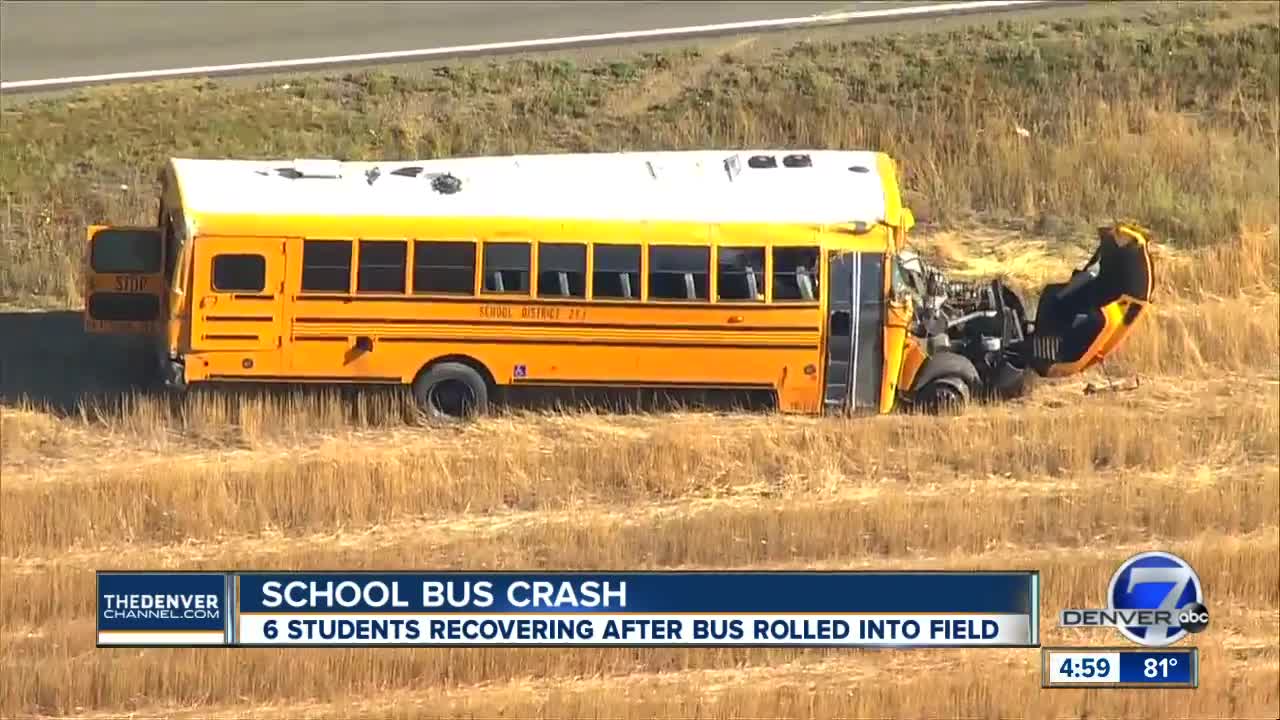 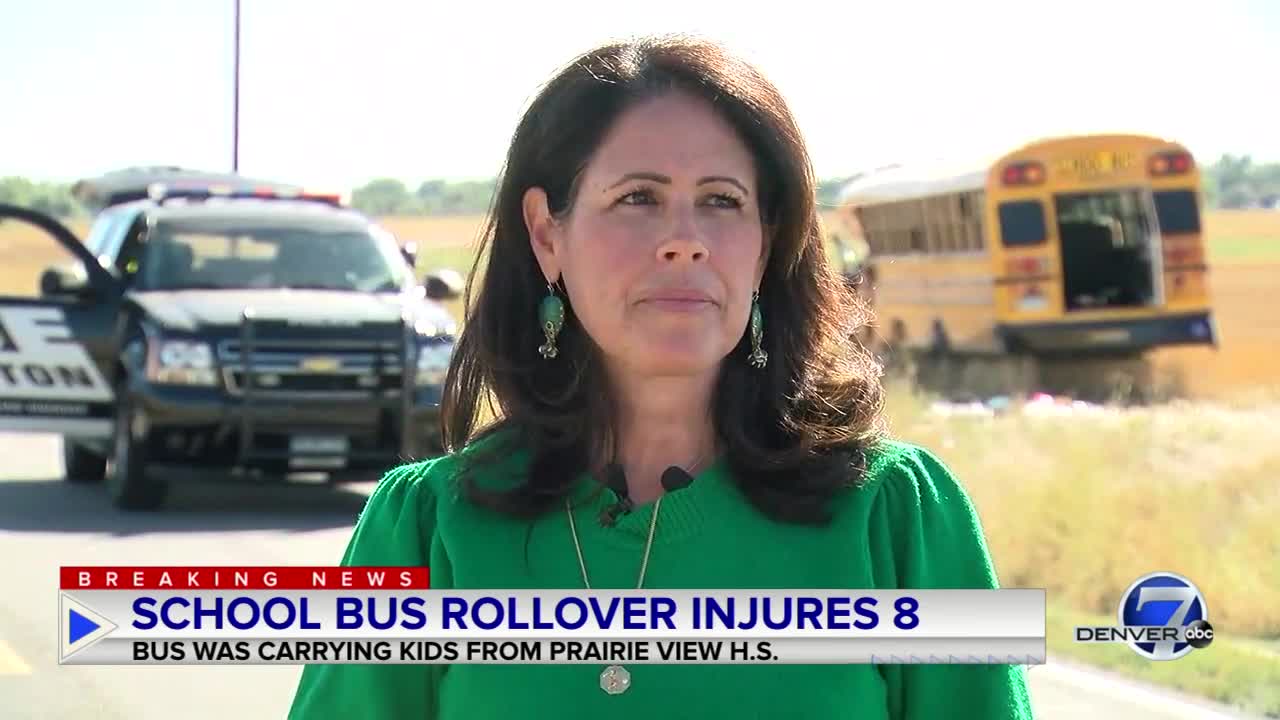 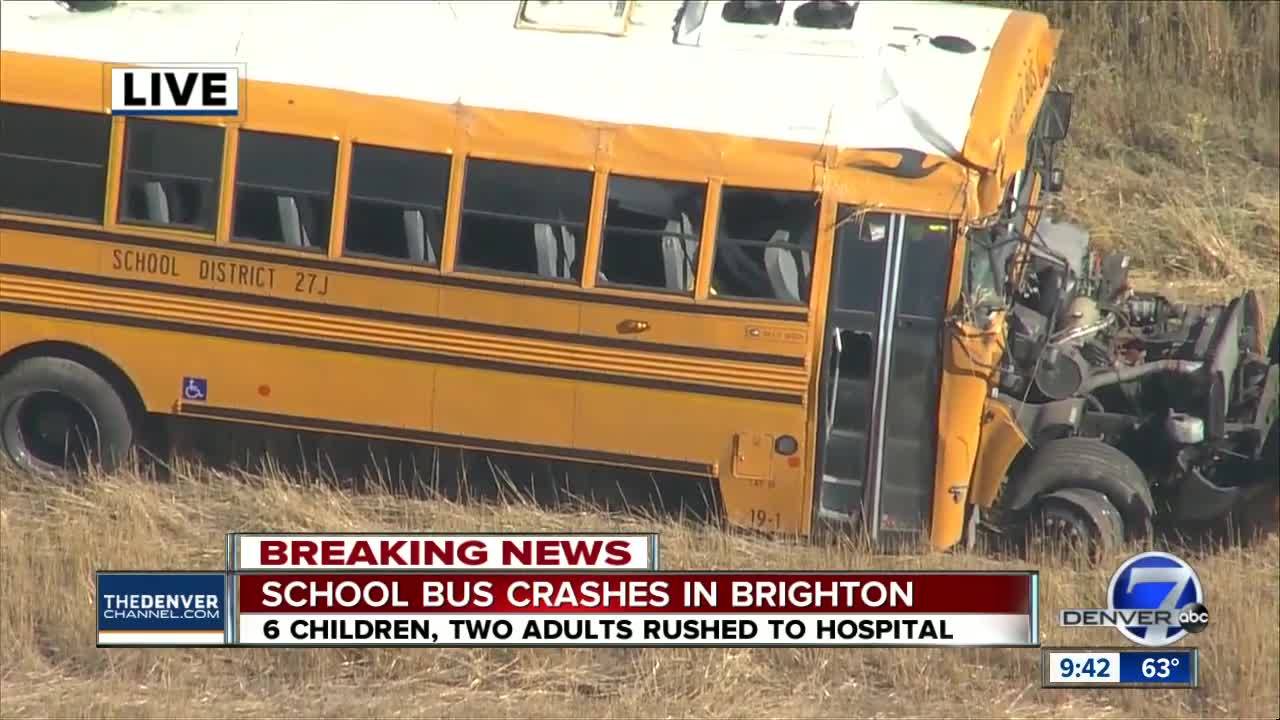 BRIGHTON, Colo. — Eight people were sent to area hospitals, including six students, after a 27J Schools bus rolled over near E. 136th Avenue and Buckley Road just before 9 a.m. Wednesday.

27J Schools Spokesperson Tracy Rudnick said the 911 call about the single-vehicle crash came in between 8:15 and 8:25 a.m. Everybody involved is expected to be OK, she said.

The bus was heading west on 136th when it went off the right side of the road for an unknown reason, police said. The driver then appeared to over-correct, sending the bus into a slide and causing it to roll over one time, according to police. The bus came to a rest upright.

Police were still investigating the crash, but there were no indications that alcohol, drugs or speed factored into the crash.

The six students, who have special needs, were transported to Children’s Hospital Colorado Anschutz Medical Campus in Aurora. The two adults — the bus driver and a paraprofessional — were transported to University Hospital, Rudnick said. It appears that their injuries are not serious, she said, and many of the students were able to walk off the bus themselves. She said she believes the bus driver called police after the crash.

The bus was headed west to Prairie View High School, which is about five minutes away and where the students go to school, she said. She said she believes the students are between 9th-12th grade.

Parents were notified by the school district, Rudnick said.

Children's Hospital Colorado said all six children are in good condition and their parents have been notified. Staff said their injuries include scrapes, bruises and possibly broken bones. They will all likely be released from the hospital Wednesday.

Rudnick said schools in the district are not required by law to have seat belts because of safety concerns with getting on or off the bus quickly, but she wasn't sure if the bus involved in the crash had them or not.

The bus driver is very experienced, Rudnick said, noting that she had been driving the vehicles for more than 10 years.

Brighton police said the road in this area is flat and not heavily trafficked. It was dry at the time.

John Bradley, spokesman for the Brighton Police Department, said investigators will impound the bus to see if there's any physical evidence available. They will also conduct interviews with those aboard and any witnesses.

“You have to remember that those buses are high-centered and may roll a little easier than other vehicles… But absolutely, with a vehicle going over like that, especially a vehicle that’s exempt from seatbelt laws, that nobody was hurt seriously — we’re amazed and grateful," he said.

Roads in the area are currently closed.