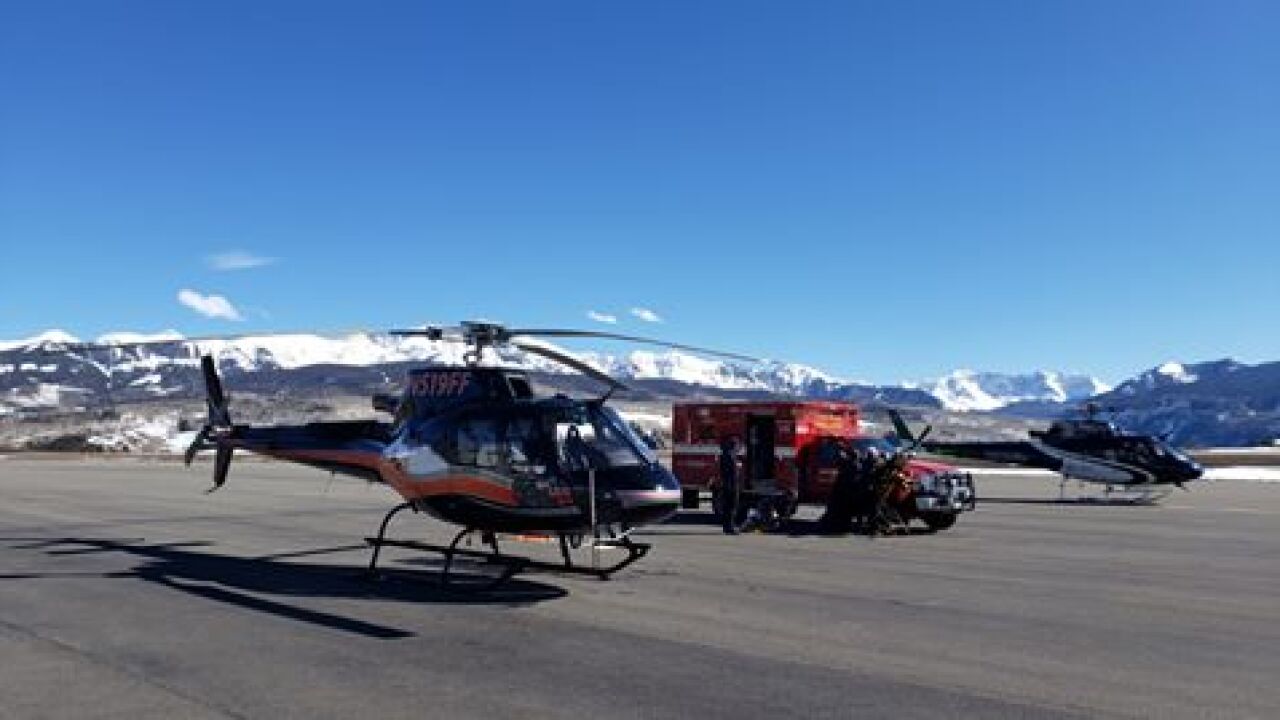 Deputies with the San Miguel County Sheriff's Office and more than three dozen search and rescue volunteers responded to a report of an avalanche in the East Waterfall Canyon area of Ophir on Tuesday around 1 p.m. A male snowboarder had been injured in the avalanche, the sheriff's office said.

The man wasn't alone — there were many skiers and snowboarders in the area, the sheriff's office said.

The slide, which was likely triggered by humans, started around 11,500 feet, according to the sheriff's office. It was about 150 feet wide and slid 1,500 feet.

The man, who lives locally and is in his 30s, was seriously injured when he got caught in the slide and hit a tree, according to the sheriff's office. According to the Colorado Avalanche Information Center, the man was found partially buried.

He was transported down the mountain by helicopter and was then taken to a local hospital.

San Miguel Sheriff Bill Masters said he wants to remind people of the dangers of the backcountry, "especially in light of COVID-19 when our local resources are stretched and incidents like this stretch them even more."

Earlier this week, Colorado Parks and Wildlife said it was asking Coloradans to avoid visiting places that are too remote. First responders already have their hands full with COVID-19 and while search and rescue teams are ready to help if need be, they could get overloaded if the number of calls increase and available responders decrease, CPW said.