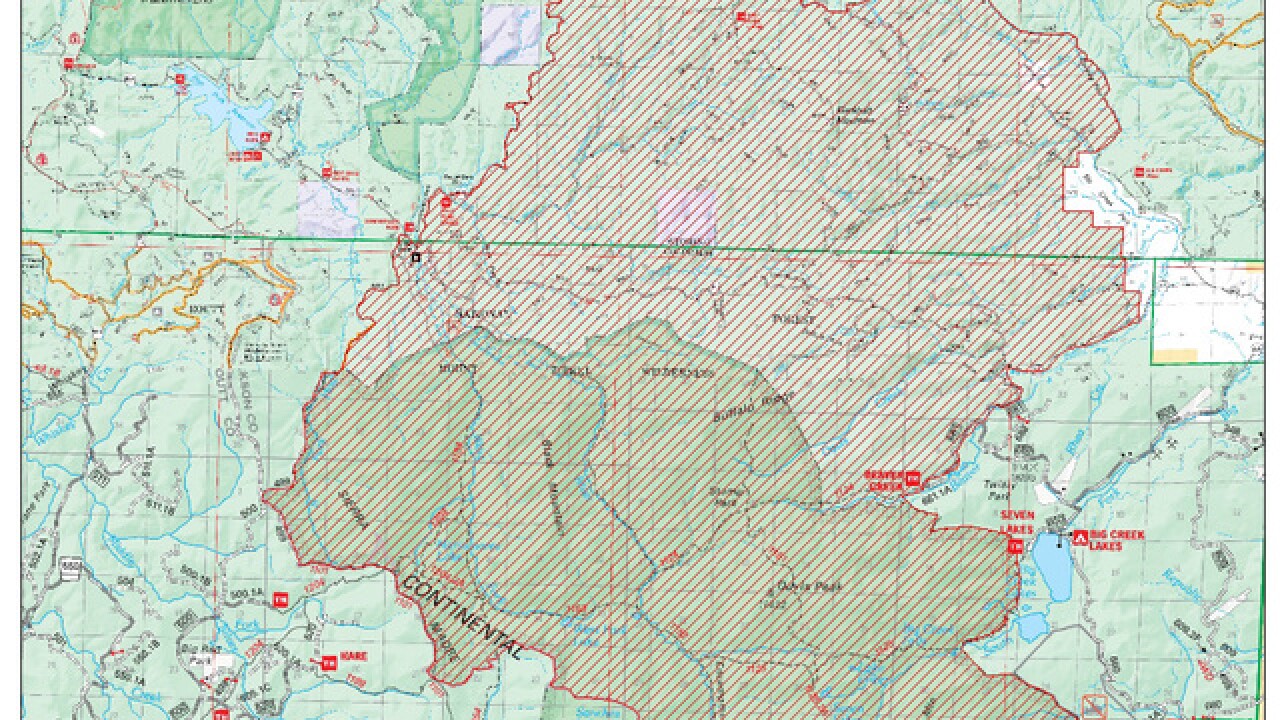 WALDEN, Colo. — Another wildfire sparked Saturday evening and about 24 hours later, was burning more than 1,800 acres at the Colorado-Wyoming border.

As of Sunday evening, there was no current containment percentage for the 1,832-acre Ryan Fire.

The fire started in Jackson County, Colorado in the northern tip of the Mount Zirkel Wilderness, according to the U.S. Forest Service. On Sunday, it burned northeast and crossed the state line into the Medicine Bow National Forest in Carbon County, Wyoming.

Fire crews started to suppress the fire Sunday, but high winds fueled its growth, and forced personnel to disengage. Instead, they focused their efforts on evacuating nearby hunters and campers. By that evening, authorities reported that all known occupied camps and hunters were evacuated, according to the Forest Service.

There was a broad closure area in place by the Forest Service as of Monday morning. The entire length of Forest Road 80 is closed, as well as a portion of the Mount Zirkel Wilderness, and the Hog Park Guard Station in Jackson County. In Carbon County, closures include the south side of Forest Roads 496 and 404, plus the area around Blackhall Mountain, according to the Forest Service.

No structures have been damaged by the fire and none are at immediate risk. The nearest structures are about three miles to the northeast in Wyoming at Big Creek and Jerry Parks. No injuries have been reported.

The cause of the Ryan Fire is under investigation.