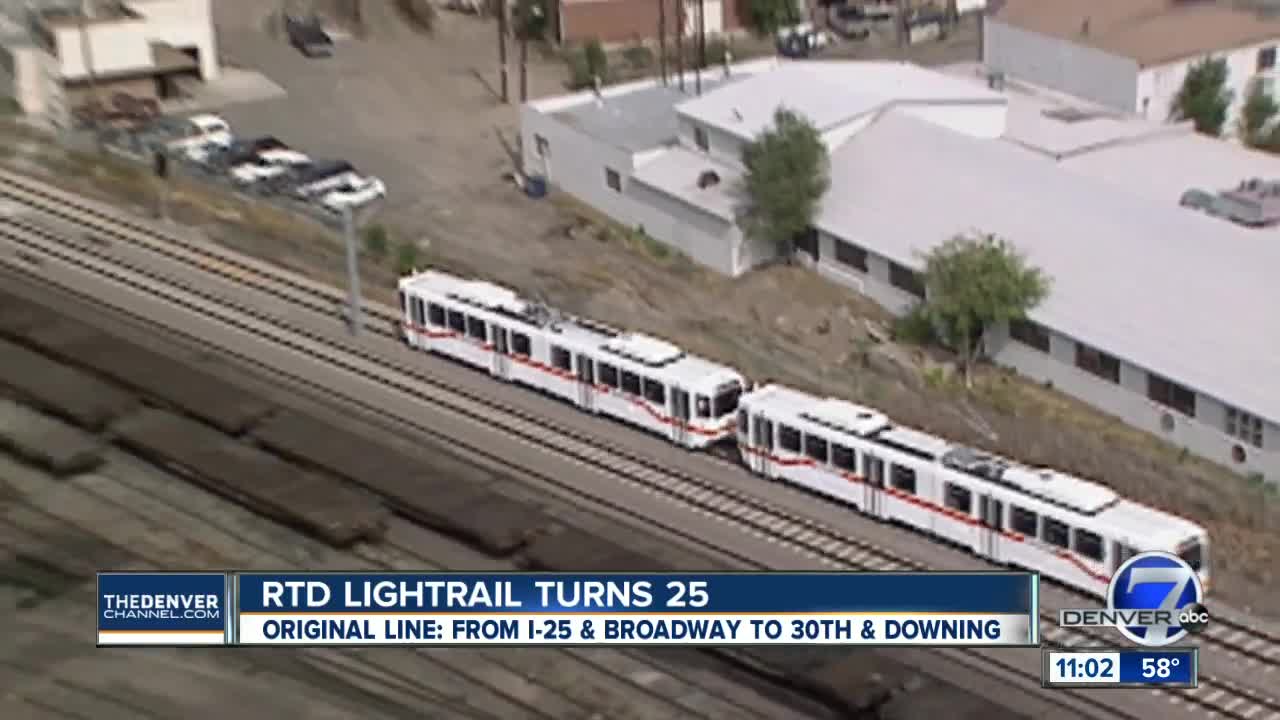 DENVER — On Monday, the Regional Transportation District marked the 25th anniversary of light rail in Denver.

The first light rail cars left the station on Oct. 7th, 1994, traveling from I-25 and Broadway to 30th and Downing. RTD says that first 5.3-mile stretch cost $116.5 million to construct, fully funded by the agency.

Twenty-five years later, RTD now operates eight light rail lines and 54 light rail stations. The lines connect all ends of the metro from the W Line to Lakewood and Golden, the R Line to Aurora and the south metro, the D and C lines to Littleton along Santa Fe, and the E and F lines that end at Ridgegate Parkway.

Light rail is powered by overhead electrical wires and it has a lighter frame and smaller body than other trains.

In addition to light rail, RTD oversees three commuter rail lines in Denver: The University of Colorado A Line to the airport, the G Line to Arvada and Wheat Ridge, and the B Line to Westminster.

Click here for an explanation of light rail versus commuter rail.

RTD has faced multiple hurdles in its efforts to expand rail service in Denver over the past 25 years, including lines being delayed and over budget. The agency is currently facing a light rail operator shortage and recently announced the long awaited N Line will not open until August of 2020. Ridership on light rail also fell in the first half of 2019 by nearly 14% from the same time period in 2018.