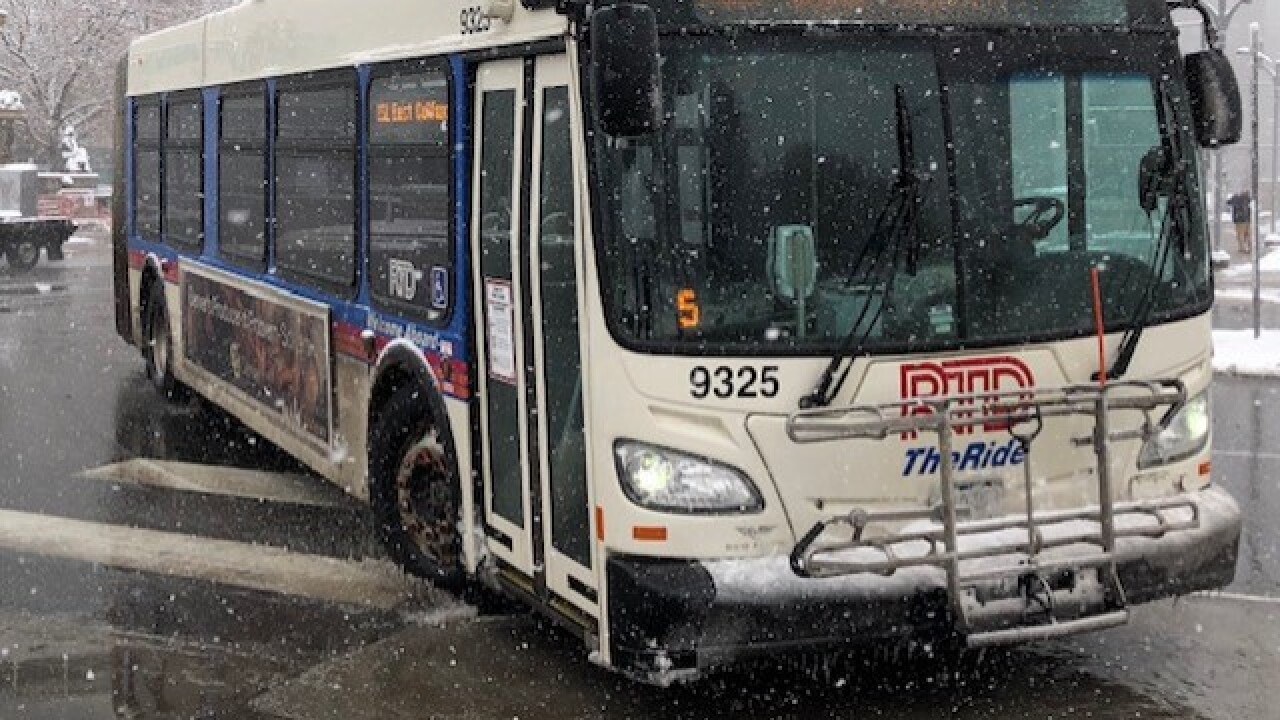 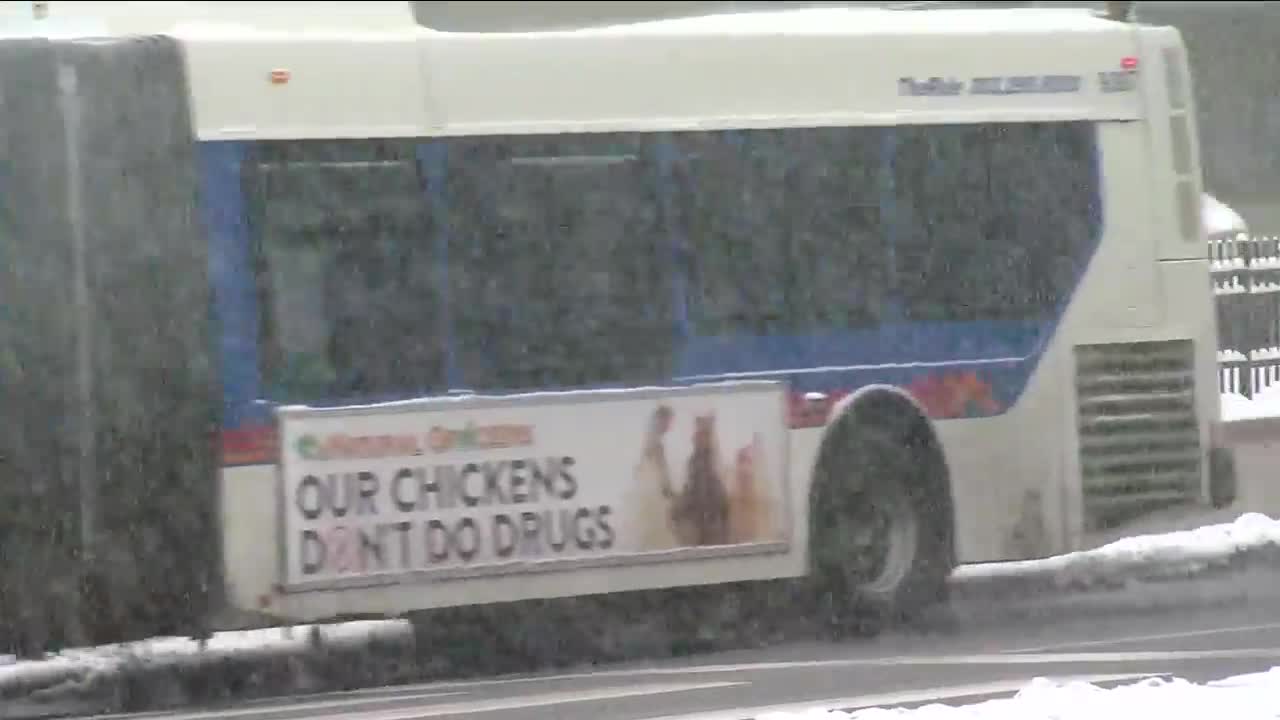 DENVER — Transit ridership had dropped dramatically at RTD, but some bus drivers say it's now more dangerous than ever to be a driver.

One driver, who asked not to be identified, said she's so worried about physical violence, exposure to COVID-19 and biohazards, she's taking time off.

She said when Gov. Jared Polis's stay-at-home order went into effect, homeless people, who could not longer hang out at the library, coffee shops, or Civic Center Park, began spending more time on RTD buses.

They cough, use drugs, urinate or defecate on the buses, she said, and there have been incidents of "indecent exposure, intoxication and violence."

"We're a homeless moving shelter and they don't have enough transit police to assist us in trying to get them off the buses," she said.

She also said the more they have to focus on what going on inside the bus, the less focus there is on the road.

The driver said there still aren't enough masks to protect drivers from possible exposure to COVID-19.

"We're forced to reuse masks for a couple of days or weeks, which is putting us at risk," she said.

Tina Jaquez, RTD's manager of communications, said since they suspended fares, they see more people getting on who might be looking for shelter.

"That's why we have our police officers out, out security officers out and about," she said. "Safety officers are working extra hours on certain routes."

Drivers say Colfax-Route 15, West Colfax-Route 16, Broadway-Route 0, and Route 48 to Commerce City are the ones with the most issues.

Jaquez said if drivers see something worrisome, they need to contact dispatch.

"Our officers can't address it if they're not aware of it," she said.

When asked about masks, Jaquez said RTD has worked with the Union to acquire 1,500 N-95 masks.

She also said drivers can make their own.

"We ask drivers to wear them," she said. "Passengers are encouraged to do so, but are not required."

Jaquez also said they've blocked off, or taped off, a section at the front of their buses, to keep passengers (except those using the handicap ramp) away from drivers.

She said passengers must use the rear door to enter the bus.

"Our focus is safety for our drivers and passengers," she said.

On Sunday, RTD is going to reduce its service in response to the drop in riders.

"That's going to give us some flexibility with our operators and our buses so that if we know that certain routes are busier, or have higher ridership, we can dispatch extra buses out to pick people up," Jaquez said.