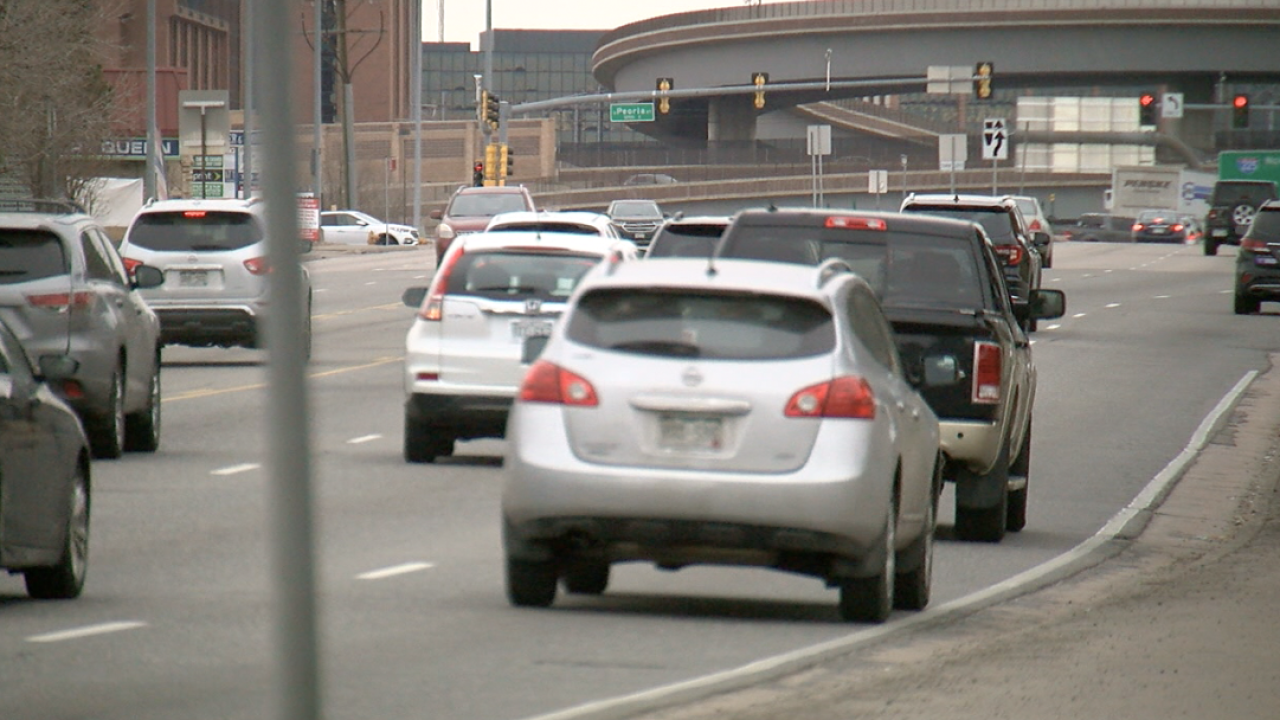 PARKER, Colo. — It was shortly after 8:30 Saturday morning when Rashida Way-Smith was driving the Access-A-Ride RTD van down Parker Road and was shocked by what she saw.

“I noticed two cars had kind of swerved from in front of me to get into the other lane and as I slowed my vehicle down, I noticed this little baby right on the street. In the middle of the outer lane,” she said.

On a busier-than-usual morning, she couldn't believe a 2-year-old was in the middle of a major road.

“I was terrified and scared for her. Barefoot, no shoes, no socks on, her diaper was pretty soiled. She was just scared, screaming and crying,” Way-Smith said.

Her motherly instincts kicked in to try to help.

“I stopped my vehicle, turned on my hazard lights and jumped up and waved to the traffic to let them know something was going on, ran around and grabbed her and got her to my bus," she said.

She pulled the van into the Advenir apartment complex and called her dispatch, while the police got the child to Denver Health.

“I feel like I was blessed to be in that spot. I’m just concerned for her,” Way-Smith said.

Those who live nearby know the dangers of the road out there and what Way-Smith did.

“You are a miracle. I’m pretty sure the kid's parents thank God for you thank you so much,” a neighbor told her.

It's a situation she'd never seen before and hopes to never have to again, but thanks to her, the young child is alive.

“I just, I have the wonders of 'What ifs' — What if I wasn’t there? Or the wonders of how her parents are feeling or wondering if she’s OK, or wondering, 'What’s going through her head?' So it’ll definitely always be with me,” Way-Smith added.

It is unknown how the child ended up in the street, but Denver Police did investigate the situation and found there were no violations. They also said the child has been reunited with their mother.