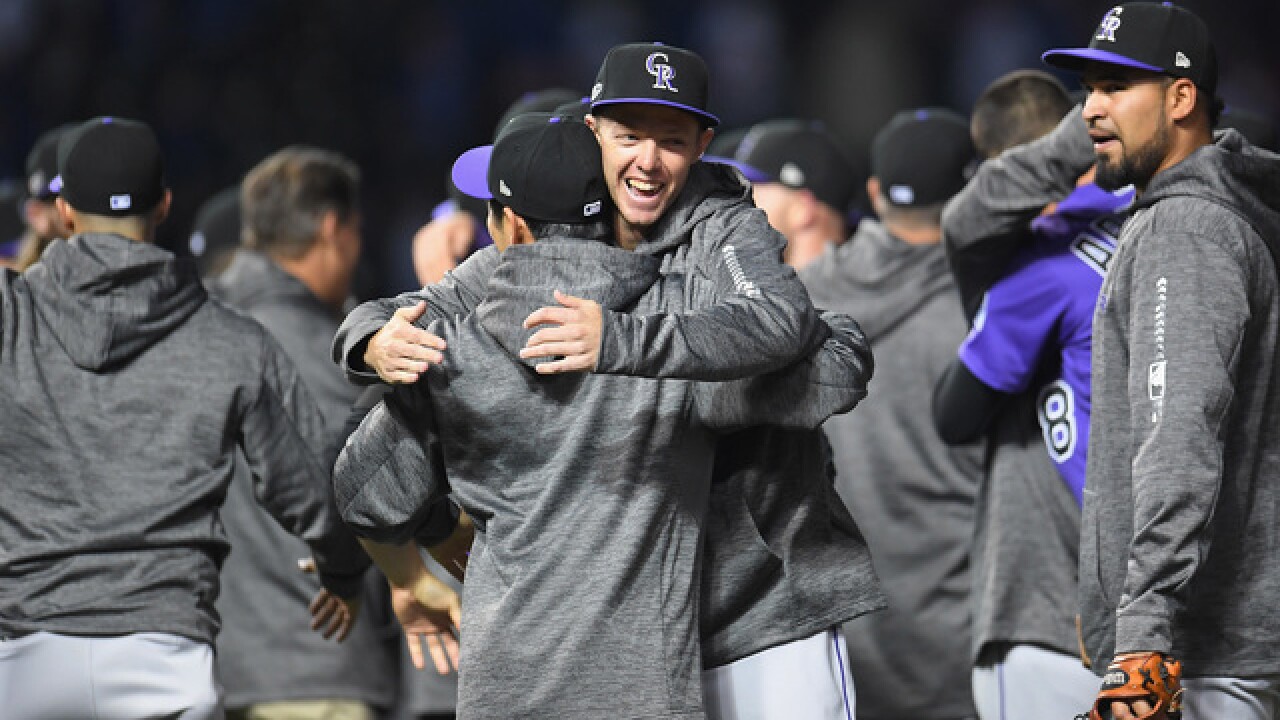 1. Rockies top Cubs 2-1 in epic wild-card game
Tony Wolters hit a tiebreaking single with two outs in the 13th inning, and the Colorado Rockies beat the Chicago Cubs 2-1 on Tuesday night in an epic NL wild-card game. Colorado heads to Milwaukee to open a best-of-five Division Series against the NL Central champion Brewers on Thursday.

2. Denver Zoo reopens after airplane threat
The Denver Zoo will reopen Wednesday after zoo officials evacuated the park Tuesday due to a threat from an individual claiming that an airplane would crash into the facility. Police later determined the threat was not credible.

3. Pres. Trump mocks Kavanaugh accuser
At a campaign rally Tuesday night, President Donald Trump openly mocked Christine Blasey Ford, one of several women who have accused Supreme Court nominee Brett Kavanaugh of sexual misconduct. Trump also doubled down on his claim that it's a scary time for young men in America, making no mention of victims of sexual assault.

4. Toys 'R' Us ready for a comeback?
The debtors who own the rights to the Toys "R" Us brand filed a motion to postpone a planned auction of the retailer's remaining assets, saying they're developing a new operating plan to fill the void left by Toys "R" Us' departure from the retail space in the summer.

5. Rain in Denver Wednesday night
Skies will be partly cloudy Wednesday with high temperatures in the low to mid-80s. A cold front will slide into northern Colorado late Wednesday and bring cooler, wetter weather for Thursday.